Lady Lions look to rise to challenge against UA 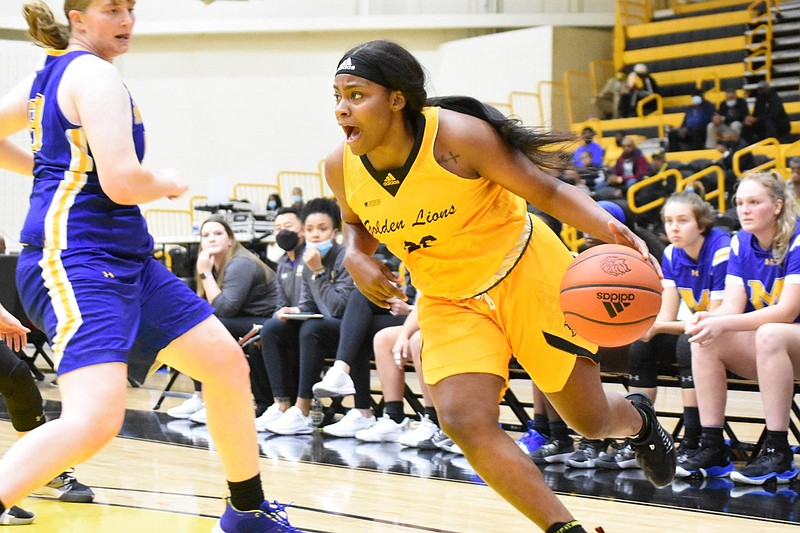 "The Yard" meets "The Hill" today on the basketball court.

Tipoff is scheduled for noon today at the UA's Walton Arena in Fayetteville. The game can be seen on SEC Network+ for subscribers to the SEC Network on several cable providers and streaming services, or streamed on ESPN+.

UAPB Coach Dawn Thornton said earlier this week the game is important at this stage in the season as many teams try to establish their identities and set their lineups. UAPB (0-1) is facing its first marquee opponent of the season after losing 65-60 to McNeese State University on Tuesday at H.O. Clemmons Arena in Pine Bluff.

The season opener for Arkansas (1-0) went much better Wednesday, as the Razorbacks routed Division I newcomer Tarleton State University 85-33.

Ten Arkansas players made the scoring column against Tarleton State, led by guard Makayla Daniels' 15 points and forward Erynn Barnum's and guard Samara Spencer's 12 points each. The Hogs did not allow any Tarleton State player to reach double figures.

Both Arkansas and UAPB are enduring key mini-stretches in their season. Arkansas will take on second-ranked University of Connecticut at noon on Sunday in Hartford, Conn., and visit Arkansas State University next Friday.

"Our preseason schedule, playing in the state of Arkansas, in my opinion, we really wanted to focus on playing Central Arkansas again as well as playing UALR for the first time with this program since I've been here," Thornton said.

UAPB will visit UCA on Dec. 21, one of five games the Lady Lions have scheduled in Arkansas before beginning Southwestern Athletic Conference play.

"It helps us with recruiting," Thornton said. "We want to be able to recruit in the backyard, and in order to do so, we've got to put the brand all over the state."

The UAPB men's basketball team made a little national noise with a 13-point lead against Creighton University early in the second half Tuesday, but the Golden Lions (0-1) will have to try again to give Solomon Bozeman his first career coaching victory a little further west tonight.

Colorado State University (1-0) will host UAPB at 9 p.m. Central (8 p.m. Mountain) at Moby Arena in Fort Collins. The game can be heard on TheVarsityNetwork.com.

The Rams defeated Bozeman's last team, Oral Roberts University, 109-80 on Tuesday, riding a 31-point performance by John Tonje. The junior guard from Omaha, Neb., where Creighton is located, shot 10 of 14 from the floor, including 3 of 7 from 3-point range, and made 8 of 8 from the free-throw line.

UAPB introduced the country to Trey Sampson, a 6-foot-9 forward who scored 29 points and made 10 of 18 from the floor against Creighton. Sampson, from Davenport, Iowa, transferred from Division II Northeastern (Oklahoma) State University.