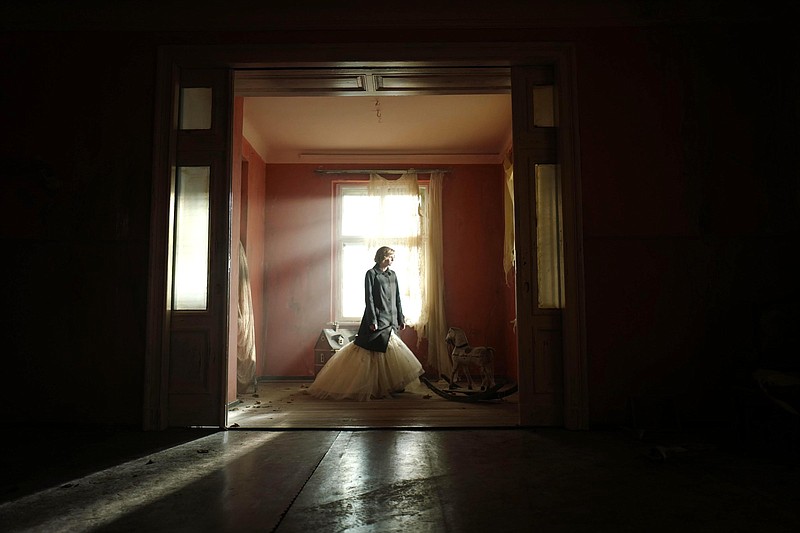 Kristen Stewart meets Diana, Princess of Wales in Pablo Larrain's strange yet hypnotic "Spencer," a hard to define psychological drama that describes itself as "a fable from a true tragedy." In essence "Spencer" is a dark and sometimes gnarly fantasy taken as much from the imagination of a filmmaker as from the real-life history of one of Britain's most beloved yet troubled members of the Royal Family.

While "Spencer" makes for an occasionally maddening mesh of fact and fiction, one thing that leaves no question is Stewart's performance. Since debuting at Venice back in September, Stewart's portrayal of Diana has been lauded as the best of her career, and she's being called a sure-fire Oscar contender. After delving into this beguiling feature, it's pretty hard to argue with the praise Stewart has received.

With millions watching around the world, Diana Frances Spencer and Charles, Prince of Wales were married in 1981 at London's St. Paul's Cathedral. But after only a few short years the cracks in their marriage began to show largely due to the couple's incompatibility along with their extramarital affairs. The press inevitably got wind of their strained relationship leading to them separating in 1992.

Larrain and screenwriter Steven Knight set their story in 1991, mere months before Charles and Diana's highly publicized split. It's Christmas time and the Royal Family is gathering at the Queen's sprawling Sandringham House in Norfolk to celebrate the holiday in their own starchy and suffocatingly formal way. What Larrain gives us is a speculative imagining of what might have happened during that chilly three-day weekend.

Told almost entirely from Diana's point-of-view, "Spencer" bucks the restraints of facts and uses its liberty to burrow into the murky psychology of the dispirited Princess. It has a lot in common with Larrain's "Jackie" from 2016, another film about a prominent woman caught in the gears of a high-pressure machine. Here the storytelling uses everything from twisted dream sequences and blunt metaphors to the brooding and mannered Stewart in its efforts to get inside Diana's head.

The movie opens with a series of spectacular shots of the Sandringham property, each bathed in a radiant dreamlike glow and accompanied by a cacophony of warped melodies from composer Jonny Greenwood. We watch as a convoy of military trucks loaded with what looks like weapons crates arrive on Christmas Eve. Soldiers march the crates to the kitchen where head chef Darren McGrady (Sean Harris) awaits. Inside them aren't automatic rifles or explosives. Rather they're full of exquisite edibles -- iced-down lobster, fresh vegetables, exotic fruits. As the soldiers march out, McGrady's brigade of cooks march in to begin preparations.

A short scene later, all the Royals have arrived with one exception. Diana zips along a country road in her black convertible, lost in an area that she should know well. It's where she grew up as a child, only minutes away from Sandringham. She pulls into a small roadside cafe and steps out of the car. Her well-known face, stylish blonde bob and chic runway-ready wardrobe are dead giveaways. The Princess of Wales steps inside the meager establishment and casually asks the stunned patrons, "Where am I?"

The opening 10 minutes give a good taste of the figurative language and dashes of absurdity sprinkled throughout "Spencer." But it's when Diana finally arrives at the Windsor estate that we get a better grip on what the movie is going for. Larrain's camera stalks the unraveling Lady Di as she roams the long halls and shuffles from room to room (each adorned in stunning yet gaudy opulence by production designer Guy Hendrix Dyas). Diana skulks around to avoid the demanding first family, snapping at the unfortunate servants who come calling.

The stuffy unapproachable Royals are more story pieces than fleshed out characters. Charles (Jack Farthing) is portrayed as a leering unsupportive prig while Queen Elizabeth (Stella Gonet) is an imposing presence who speaks volumes with a look and a few words. Neither are given the time and space to develop, but that's partly by design. "Spencer" isn't their story, it's Diana's. And the film takes aim at the Windsor's haughty insulated existence every chance it gets. It's only in the moments with her sons William (Jack Nielen) and Harry (Freddie Spry) that we see a happy Diana, not as a princess, but as a mother.

While watching "Spencer," it's tempting to think nothing's really happening. But over time things come into focus. Larrain and Knight paint a vivid picture of a woman pushed to the brink by a smothering, oppressive aristocratic machine. Uncomfortable scenes revealing depression, self-harm, and bulimia highlight the depths of her decline. But then there's a shift as Diana begins to take control of her life. And as the title suggests, she'll need to look to her past before she can move forward.

The metaphors get a little too obvious (the pearl choker necklace, the ghost of Anne Boleyn). And not all of Larrain's liberties work (most notably a peculiar and underdeveloped friendship between Diana and her fictional dresser played by Sally Hawkins). Yet it's hard not to be sucked into this deliciously irreverent spin on British Royalty that won't win any fans within the House of Windsor, but should win over any remaining Kristen Stewart skeptics. It's the performance of her career and one that you'll hear a lot about this awards season. 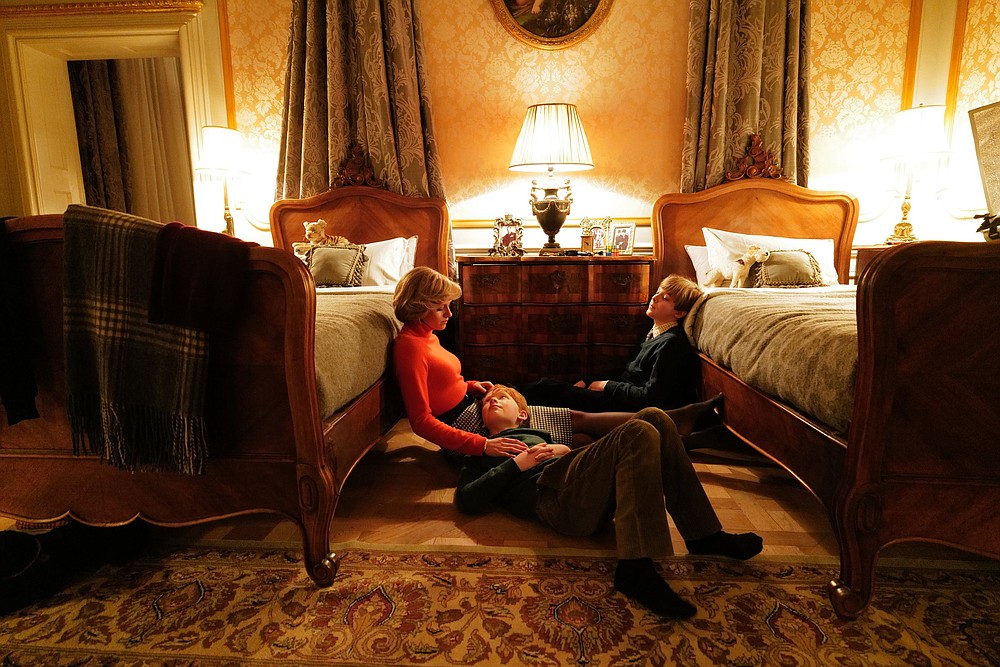 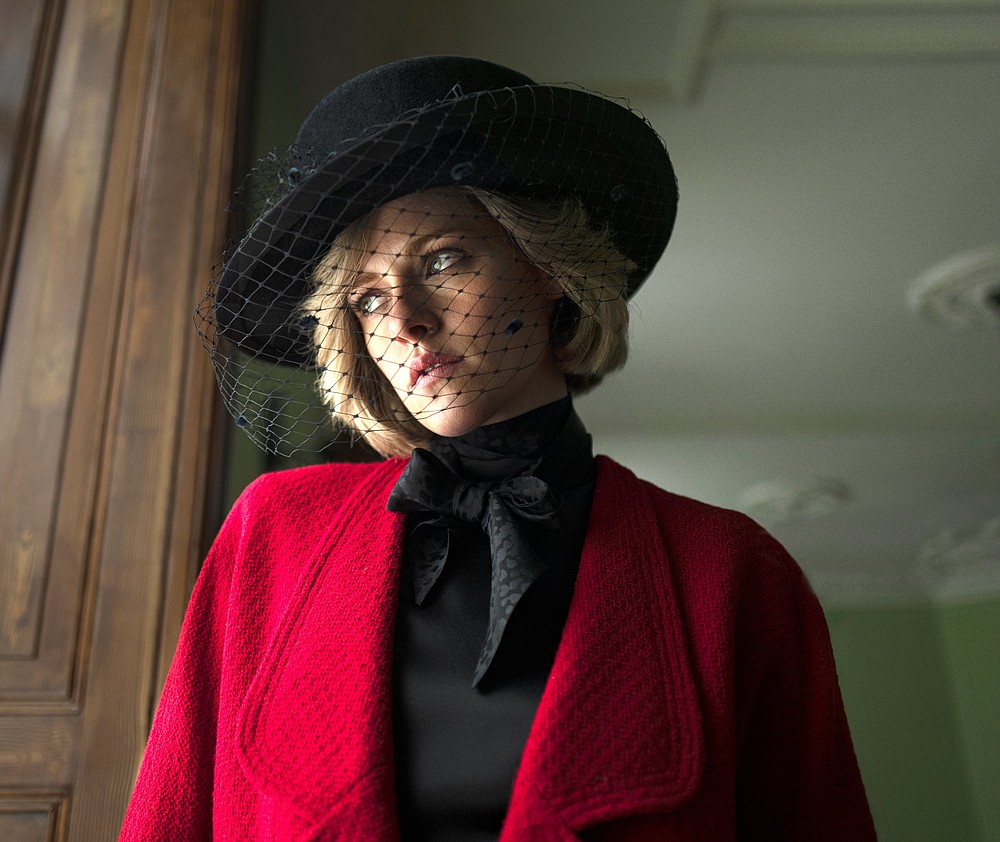 The Chilean director behind the Natalie Portman film “Jackie” takes on another historical fashion-icon stateswoman, Diana, Princess of Wales, in “Spencer.” He took this photograph of Kristen Stewart as Diana himself.