IN THE GARDEN: Growing pawpaw seeds requires an extra step and plenty of patience 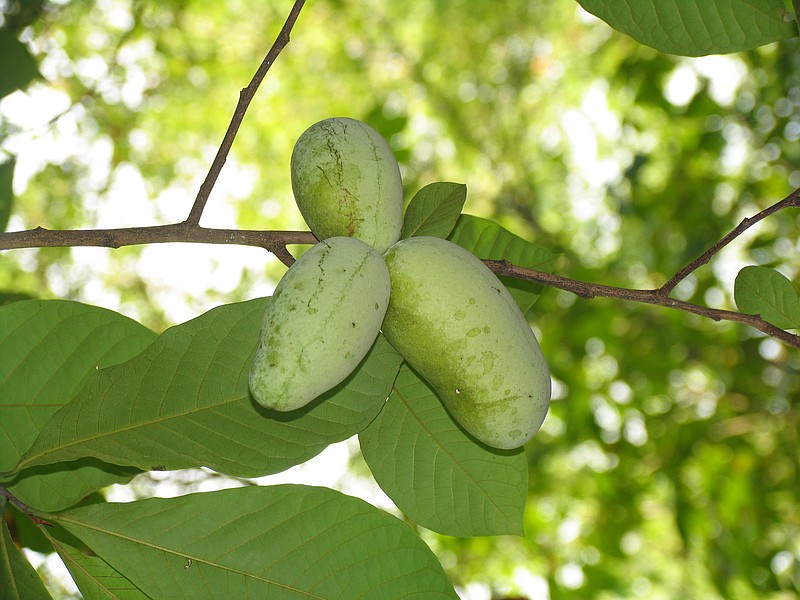 Pawpaw is a native tree, and the fruits (seen here) contain seeds that might germinate, if treated properly. (Democrat-Gazette file photo)

Q This fall we found some ripe pawpaws on a hike. They were delicious. I saved some of the seeds, and now I need to know what to do with them. What do they need to germinate? When do I plant them and how? Anything else I need to know?

A Unfortunately, germination is somewhat erratic on pawpaw seeds. They must go through a cool, moist period known as stratification. Get a plastic bag, fill it with moist potting soil and place the seeds inside. Then put the plastic bag in your refrigerator (not your freezer) for two to three months. After this cool, moist storage period, you can pot up the seeds, lightly covering them with soil. Be patient. You probably won't get 100% germination, but hope for the best. You can buy pawpaw trees from some local nurseries.

Q Unfortunately, I do not have a covered parking area, so my car is parked every day under some large oak trees. Every day starting about September, my car is covered with sap. Can you tell me what I can do to stop this?

A The problem is caused by aphids. These sap-sucking insects can build up large populations toward the end of the season, especially during dry weather. As they feed on the foliage, they give off a sticky substance known as honeydew. It can be a real nuisance. Aphids can feed any time during the growing season but often are at their worst in late summer through early fall of dry years. Heavy rains and wind can keep them in check, since the insects are poor swimmers. You might try releasing some ladybugs in the area when the problem occurs, since ladybugs are prolific feeders on aphids. You can also spray with insecticides or even a strong spray of water on the lower branches, those in closest proximity to your car.

Q Would you know what the small, bushy trees with white blooms that are growing along the side of the roads are? They have narrow, willow-type leaves and tiny white blooms? 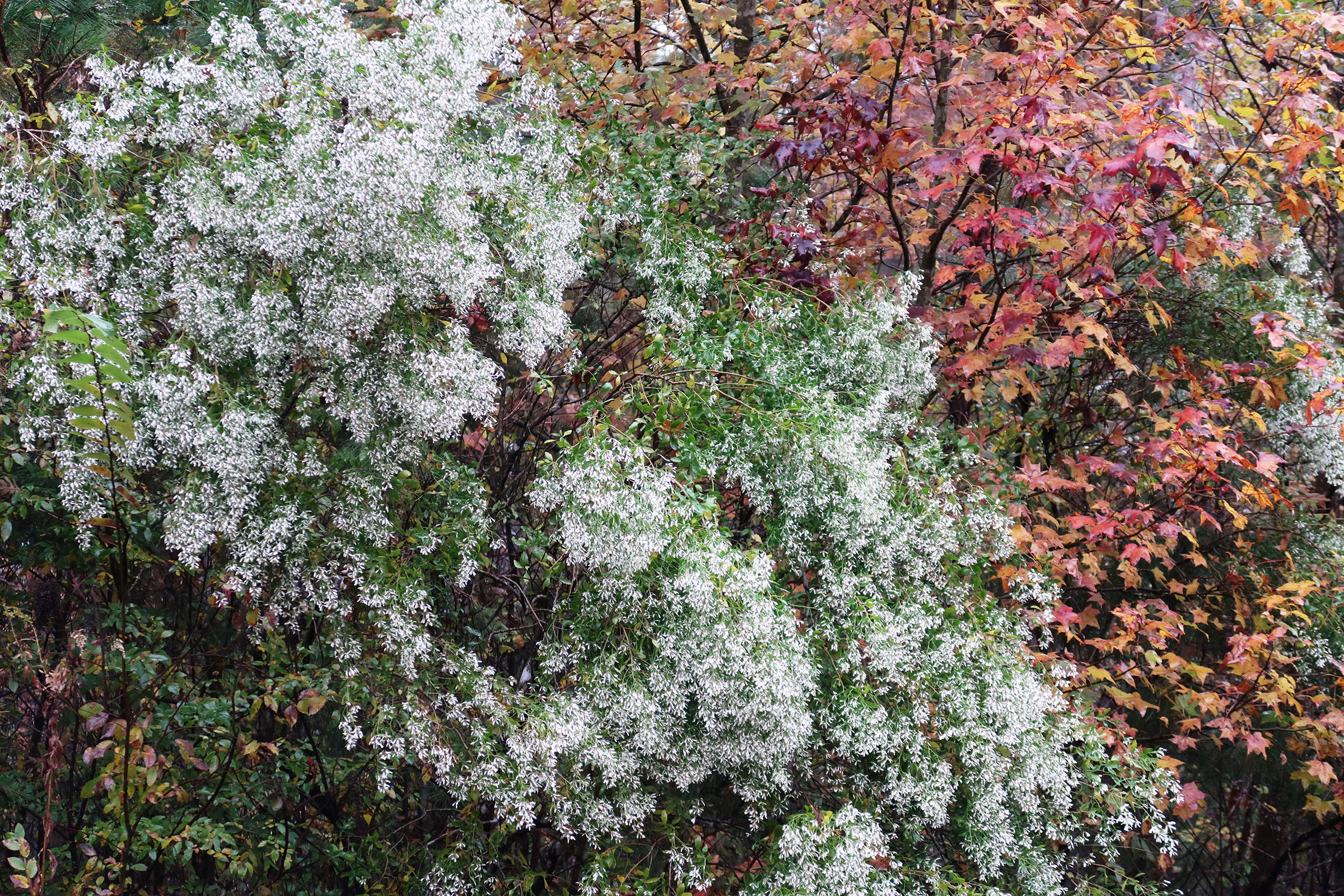 Groundsel covers Arkansas roadsides in white billows in the fall. (Special to the Democrat-Gazette)

A This is a common question every year. The plant in question is the groundsel bush (Baccharis halimifolia). This native plant can be found commonly in the southern half of Arkansas. It is dioecious, which means there are separate male and female plants. The showy one is the female, and the white color is silky hairs, much like you see on dandelion flowers. Female flowers will have many of these white bristles or hairs, while the male flowers will have few. They are fairly weedy looking until they begin their fall bloom.

Q Can you help identify this plant my friend gave me? [The reader sent a photo.] She can't remember the name of it. She dug it up out of her yard and said that it spreads over a large area, so I think it can probably be planted outside. Can you tell me what it is, and if it will survive outside? If so, where is the best location? 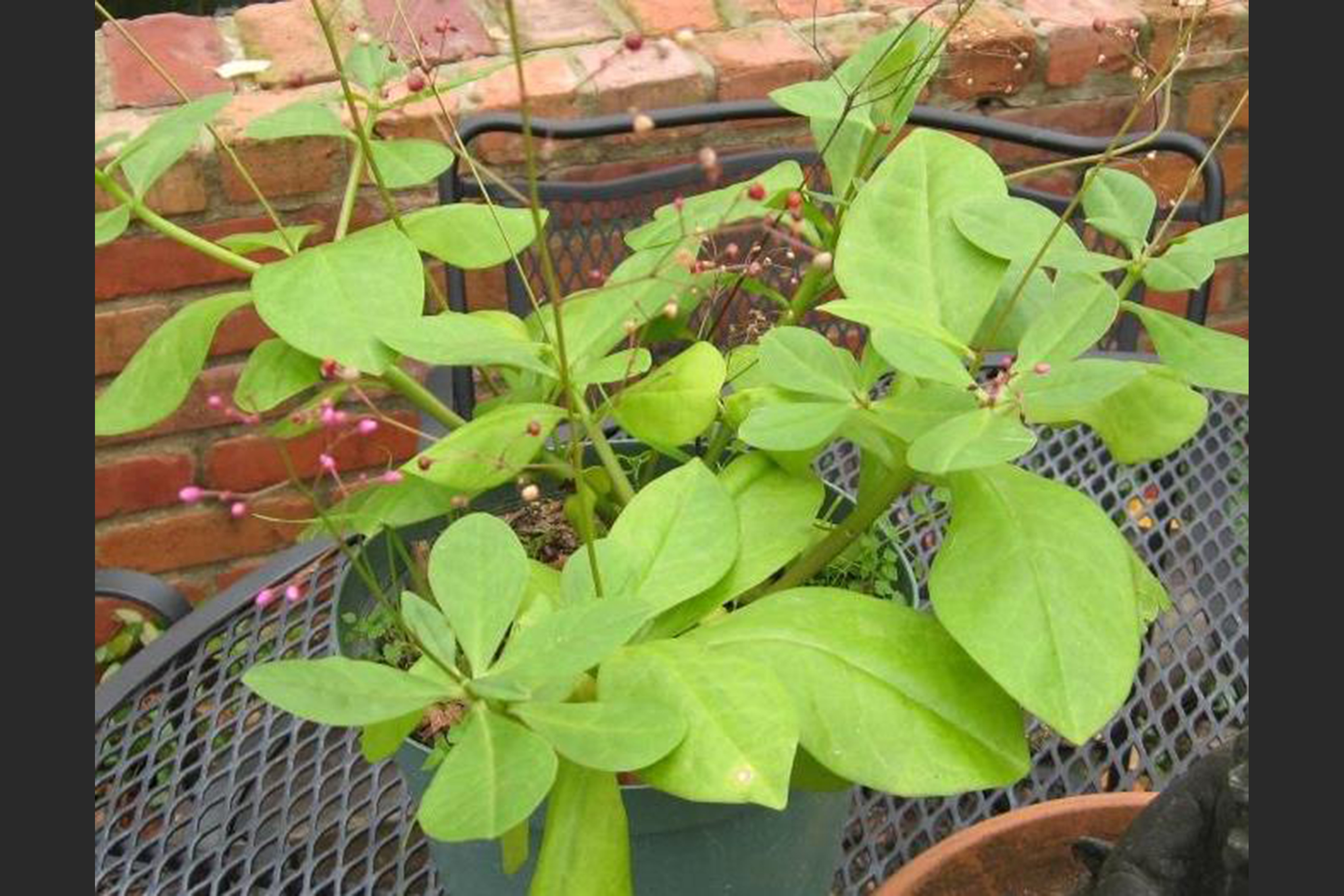 Jewels of Opar (Talinum paniculatum) has airy flowers. (Special to the Democrat-Gazette)

A Jewels of Opar is the common name, and Talinum paniculatum is the Latin name. There is a green leafed variety and one with yellow leaves. A new yellow variety is called Limon, and it is quite showy. Both can get a bit happy in the garden, spreading beyond where you plant them. In addition to the lovely foliage, they produce light, airy flowers -- sort of like a miniature smoke plant. This member of the portulaca family is native to the West Indies and Central America. It is usually winter hardy, but some gardeners lost some after last winter. If you want to take a chance and plant it, add extra mulch after we have a killing frost.