Rock Region Metro transit director to step down next month 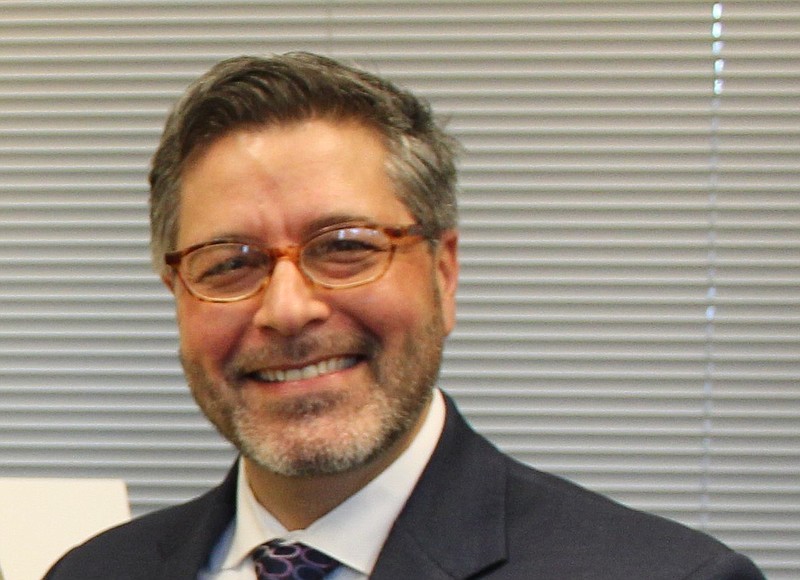 Rock Region Metro will be searching for a new boss to lead the Pulaski County transit agency in 2022 after it announced that Chief Executive Officer Charles Frazier will leave before year's end.

Frazier, who has led Rock Region since 2018, is stepping down to take an undisclosed leadership position with "a leading transportation authority," the agency announced Friday.

Frazier, a former Florida transit executive, replaced Jarod Varner, who left in August 2017 after four years. Frazier draws a $180,000 annual salary under a three-year contract the Rock Region board of directors approved in 2020.

"I am so thankful to the METRO Board of Directors and our funding partners for providing me the opportunity to lead the Rock Region METRO team, and I would be remiss if I did not thank the central Arkansas community for making me so welcome during my time here," Frazier said in a news release.

Little Rock City Manager Bruce Moore, a member of the transit board, said Frazier's departure represented a "huge loss for public transportation in our region."

"Through his leadership, METRO has been able to offer new and different affordable transportation to more Arkansans and guests, while providing development opportunities to our essential public workers," Moore said in a news release.

He and other board members say Frazier had a lasting effect on transit services in Central Arkansas even as he dealt with the challenges of the covid-19 pandemic, impressing board members before he was offered the job by taking rides on Rock Region routes to assess successes and challenges firsthand. He continued to periodically take bus rides.

Notably, his tenure saw Rock Region overhaul its regular bus route system and draw up a new way to finance the agency in the midst of the coronavirus pandemic. The pandemic saw ridership plummet, two dozen employees be furloughed for a time and at least four bus drivers test positive for the coronavirus.

Called RIDE 2020, the plan drops underperforming routes and replaces them with on-demand microtransit vans, shifting resources to busier routes that will allow for more frequent stops, as well as expanded night and weekend service.

Little Rock and North Little Rock also will get new crosstown transfers, eliminating the need for riders to go downtown to make such transfers.

The plan is designed to make transit service more efficient and accessible in a bid to attract new riders while remaining budget-neutral.

The announcement comes just ahead of Frazier's last regular board meeting on Tuesday.

There, the board is expected to approve a proposed $22.9 million operating budget for 2022. Of that, $13.9 million will come from the agency's three primary funding partners. It is the same amount that Little Rock, North Little Rock and Pulaski County contributed last year.

The board also is expected to name an interim chief executive officer at Tuesday's meeting, said Becca Green, the agency's spokesperson.