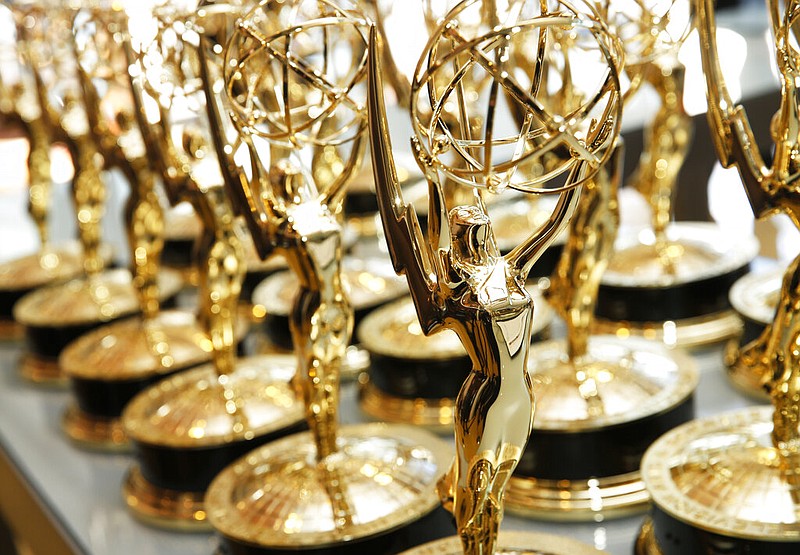 Arkansas PBS recently won five regional Emmy Awards from the Mid-American Chapter of the National Academy of Television Arts and Sciences, including the award for community service.

The director of the state's education network said to stay tuned for more of the same award-winning work in the future.

"The people on our Arkansas PBS team are motivated by the mission of public media and work every day to enrich the lives of Arkansans," Courtney Pledger, Arkansas PBS chief executive officer, said. "They understand that award wins are nice, but the opportunity to contribute -- to continually make life better -- and the fulfillment that contribution brings are the real rewards."

The five wins were:

• Community Service Emmy Award: The network was honored for its extensive work in education, civic engagement, public affairs, race relations and early childhood programming. "Arkansas AMI," televised lessons produced in partnership with the Arkansas Department of Education's Division of Elementary and Secondary Education when schools closed for covid-19; "Blueberry's Clubhouse," an original pre-k-2 children's program produced in partnership with the Arkansas Museum of Fine Arts; "Civics in a Minute," digital shorts designed to help children understand the election process; "Healing the Divide," examining how race permeates and affects the lives of Arkansans; "Arkansans Ask: COVID-19 Vaccine," a live program answering viewer questions; and many other projects. The effort in community service was led by Pledger, Ed Leon and Sajni Kumpuris. Earlier this year, Arkansas PBS was also recognized with the national Public Media Award for Overall Excellence in Community Engagement.

• "Urban Forge: Ozark Artistry" won in the Lifestyle -- Long Form Content category: The film centers on working blacksmiths in Mountain View as they pass down the tradition and skills from one generation to another, turning raw materials into functional art and keeping a centuries-old craft alive. "Urban Forge" was produced by Charles Eric White, Terrell Case and CJ Burks and executive produced by Ed Leon.

• "Blueberry's Clubhouse: Blueberry's End of Summer Jamboree" won Informational/Instructional – Long Form Content: The finale to the first season, this episode features a talent show with entries from kids all across Arkansas. The series is produced in partnership with the Arkansas Museum of Fine Arts. This episode was produced by Charles Eric White, Terrell Case, Corey Womack and CJ Burks.

• "Blueberry's Clubhouse: Exploring Helium, Hydrogen & Nitrogen" won Informational/Instructional – Short Form Content: The segment, produced in partnership with the Arkansas Museum of Fine Arts, features a visit to the Museum of Discovery in Little Rock to show viewers what makes balloons float and explain more about gasses in the air. The short was produced by Charles Eric White and Terrell Case.

• "Rap Squad" won Documentary – Cultural. The feature-length film is an intimate verité documentary about Arkansas high school hip hop artists who seek healing for themselves and equity in their community through their music. "Rap Squad" was directed by Nathan Willis; produced by Willis and Nolan Dean; and executive produced by Craig Renaud and Courtney Pledger.

"Our work in 2020 with 'school on the air' through Arkansas AMI in partnership with Arkansas Department of Education further grounded us in the original purpose of public television, putting education even more front and center for us," Pledger said.

The network continued down that road this past summer, again in partnership with the state Education Department, with "Rise and Shine," a six-week daily broadcast and digital program focused on covid-19 learning gaps for kindergarten-through-fifth-grade students that also provides ongoing digital tools for teachers to use with their students.

"And we are anticipating a next big effort in elementary education," Pledger said. "Stay tuned!"

Arkansas Education Secretary Johnny Key said that when covid-19 made its way to Arkansas, his team knew that education must continue despite the challenges associated with the pandemic.

"Our partnership with Arkansas PBS resulted in fun, high-quality educational programming that featured Arkansas' best teachers – our Teachers of the Year. Through its daily delivery through local Arkansas PBS stations, 'Arkansas AMI' met the immediate needs of students, educators, and parents and serves as a best-practice model for other states," Key said. "We are excited about the recent Emmy win and are committed to ensuring ongoing exceptional educational programming and professional development are provided to students and teachers."

Dr. Victoria Ramirez, executive director at the Arkansas Museum of Fine Arts, said the partnership with Arkansas PBS and "Blueberry's Clubhouse" is a "great source of pride" for all at the museum.

"We cannot wait to share more of our puppet friends with the community," Ramirez said. "Our partnership with Arkansas PBS allows Blueberry to teach important lessons to kids throughout the state. AMFA is thrilled to add Emmy award-winner to our list of theatrical accomplishments."

The NATAS Mid-America chapter, which includes television markets primarily in Arkansas, Illinois and Missouri, was chartered in 1962 and began honoring outstanding achievement in this region with local Emmy awards in 1976. The organization's mission is to encourage excellence in the television community.