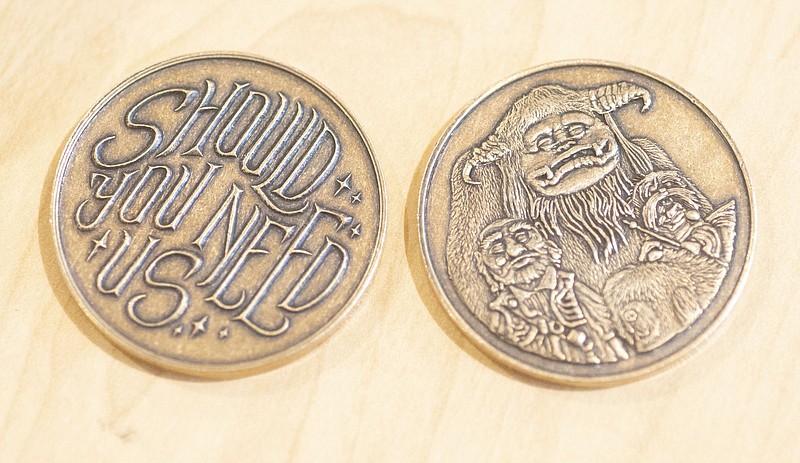 "You have thirteen hours in which to solve the labyrinth, before your baby brother becomes one of us ... forever," -- Jareth, the Goblin King, played by David Bowie in the film "Labyrinth."

Arkansas-based Shire Post Mint, maker of collectible coins and other items based on popular and classic book, movie and TV franchises, including "Game of Thrones," is now selling products based on the 1986 film classic "Labyrinth." The new items include a bronze coin, a coin necklace and a magnetic wax seal coin set.

"Labyrinth" was produced by George Lucas, directed by Jim Henson and starred Bowie, Jennifer Connelly and a bevy of Muppet characters -- including Hoggle, Ludo and Sir Didymus and his sheepdog mount Ambrosius. The Shire Post Mint products include the phrase "Should you need us" one one side and feature images of the four Muppet characters on the other.

Helen Maringer, Shire Post's chief executive officer, said it took about a year from her initial pitch to the Jim Henson Company until she had products ready for sale. The licensing deal is a special one to Maringer, who counts "Labyrinth," which some consider a children's film, as her favorite movie.

Licensing is a business arrangement where a company gives another company permission to use its intellectual property -- trademarked or copyrighted material -- usually in exchange for payment of some kind.

Bob Stassen, associate professor in the marketing department at the Walton School of Business at the University of Arkansas at Fayetteville, said a typical licensing deal involves some sort of upfront payment and then some percentage of sale revenue in the form of a royalty. He noted beyond additional revenue, the owners of the trademarked or copyrighted material often benefit from the deal by keeping their properties fresh in the mind of the public.

According to trade group Licensing International's annual overview of the industry, worldwide revenue from licensed merchandise and services stood at $292.8 billion in 2019, up 4.5% from the year before and the largest increase in the six years since the report began. The entertainment/character sector brought in the most sales at $128.4 billion, about 44% of the total market share.

Shire Post's Maringer said her love affair with the world of "Labyrinth" began at age five when she'd ask to watch it almost daily. Back then, she said, she didn't call the movie by its title, instead she called it "Hoggle and Ludo," after her two favorite characters.

"It's funny to say your favorite movie was one you saw when you were five," she laughed. "But I still watch it as an adult, and it's still an amazing but different experience."

"Labyrinth" only made $12.1 million at the box office, about half of what the film cost to produce but gained popularity and a cult following years later. It was the last feature film Jim Henson directed before his death in 1990.

It's the story of a teenage girl who in a fit of pique offers her baby half-brother to the Goblin King. When Bowie's Jareth accepts the bargain, the girl regrets her actions and goes on a fanciful and sometimes frightening, occasionally musical, journey to save the babe.

Review site Rotten Tomatoes records a critics score of 74% fresh for the movie and an audience score of 86% fresh. The fresher the film, the better it's been received by voters on the site.

Melissa Segal, head of global consumer products for the Jim Henson Company, said the "Labyrinth" brand has been out in a big way in recent years as the film grained even more popularity with families through streaming services during the covid-19 lockdown and with its recent 35th anniversary celebrations. She said the the Jim Henson Company licenses its "Labyrinth" intellectual property to a variety of companies whose products include shirts, puzzles, toys and games as well as collectible figures, but it's picky about who it deals with and what items it offers to the fan base.

"Everything has to have a reason for being," she said.

"It was something near and dear to their hearts," Segal said.

Shire Post Mint began in 2001, but it was in 2003 when the mint's founder, Tom Maringer, reached a deal with George R.R. Martin for the licensing of coins based on Martin's "A Song of Ice and Fire" books that later went on to become hit HBO series "Game of Thrones." Martin insisted that his licensing agreements with several small businesses, including Shire Post, be maintained as part of his deal with HBO.

The mint has been making coins full time since 2010, and today manufactures more than 150 different coins, sold individually or in sets, and produces about 100,000 coins annually. The company also produces its own unique items, including jewelry, wax seals and gifts.

Helen Maringer said the Jim Henson Company has been easy to work with as a licensor.

"They uplift creators. They're a cool, cool company," she said.

Maringer said they've been in talks with David Bowie's estate so fans can expect products featuring the Goblin King himself in the not too distant future. But what is time, after all, to the Goblin King?

As Bowie's Jareth said in the film -- "It's only forever, not long at all." 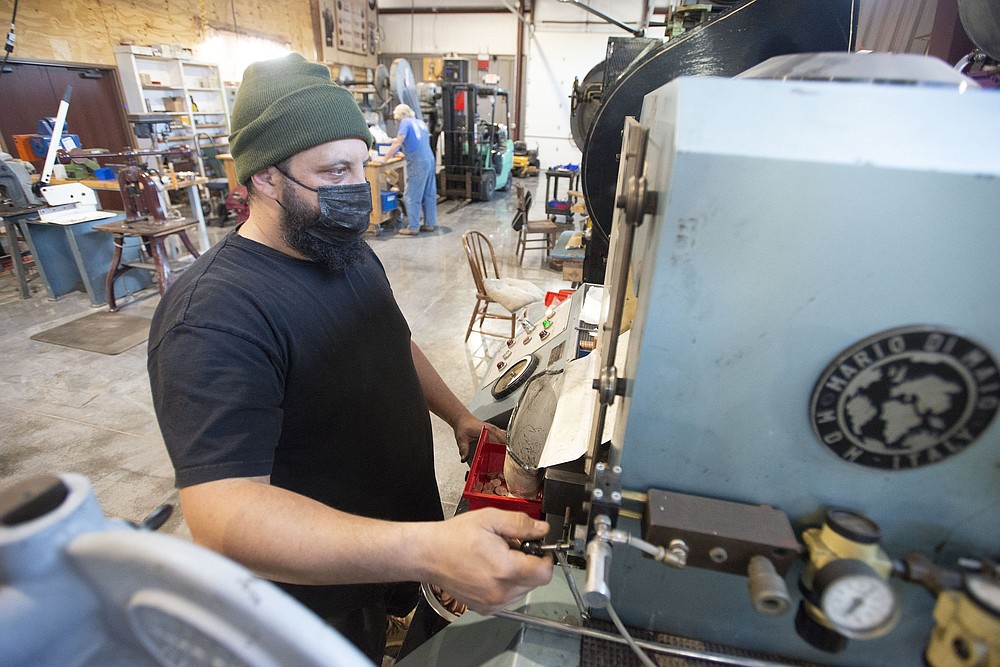