Financial firms expect to cut workforces in NYC by 2026 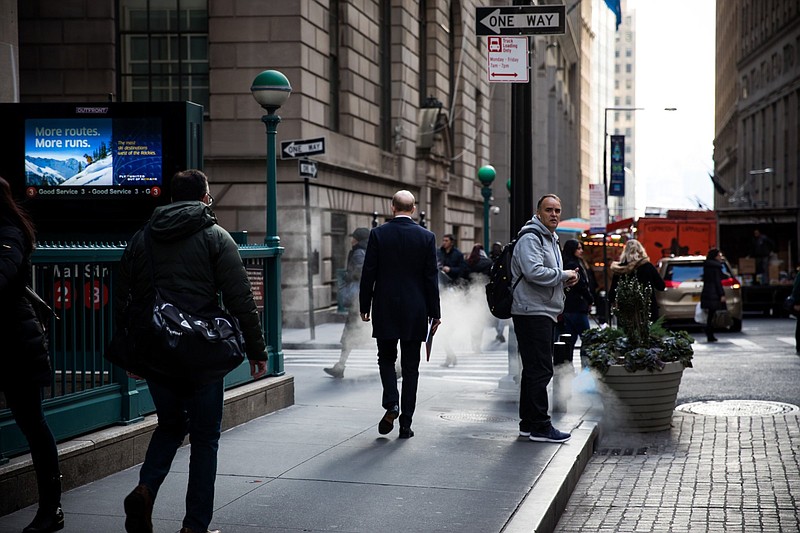 Pedestrians walk along Wall Street near the New York Stock Exchange in New York on Nov. 30, 2018. MUST CREDIT: Bloomberg photo by Michael Nagle.

Almost a quarter of financial-services firms are planning to reduce their workforces in New York City in the next five years.

That was the highest share of any industry, according to a statement last week from the Partnership for New York City, which surveyed the city's major employers over a 10-day period last month. Overall, 13% expect to cut their workforces, while roughly a third said their need for office space will decline.

Job prospects for New York's financial-services industry are facing a double whammy: Wall Street has been moving jobs and opening offices in lower-cost locations throughout the country, including Texas and Florida, all while banks are leaning into automation and other technologies that allow them to trim staff.

Just 28% of the city's 1 million office workers are back at their desks on an average weekday, according to the survey. While that's an improvement from 23% when the Partnership last conducted its survey, in August, it's below the 41% that employers were expecting would return by the end of September.

Employers surveyed last month expect about half their staff will return on an average weekday by the end of January. Most expect employees to spend fewer than four days a week in the office.

The status of the covid-19 pandemic was the largest factor contributing to employers' expectations for a slow return to the office, the Partnership found. Commuting issues and perceptions of public safety, particularly in Midtown Manhattan, were other key considerations.

The slow reopening of workplaces in the city has hindered economic growth, especially in neighborhoods that are home to some of the city's tallest skyscrapers and office towers. As the delta variant surged across communities earlier this year, it disrupted many companies' plans for bringing staff back.

Employees are returning to vastly different offices than they left in March 2020, when the pandemic forced companies to shutter offices to stem the spread of the virus. Roughly half of the firms that disclosed their policies to the Partnership were requiring all employees be vaccinated, while 44% were mandating masks.

About a third of companies offered incentives to lure employees back, including free or subsidized meals, transportation benefits or child-care support.