Rattlers' QB is too much for Lions 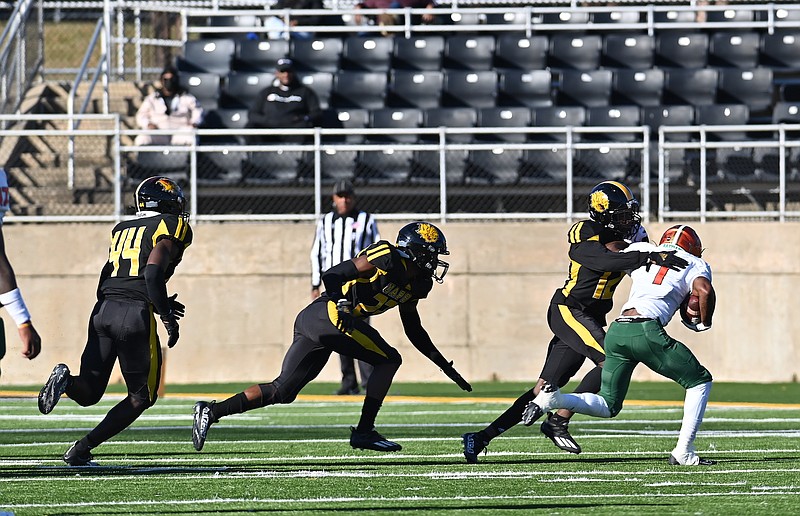 Rasean McKay found a little inspiration from above Saturday.

The Florida A&M University quarterback threw for 383 yards and five touchdowns in a 37-7 win over the University of Arkansas at Pine Bluff on the same day his uncle's funeral was being held. McKay, a redshirt junior from Miami, credited his uncle, who was known as "Wee-Wee," with helping him get into the Tallahassee university.

"It was tough trying to get into FAMU," McKay said. "My uncle then called around and contacted some coaches, and a couple of days later, he got me into FAMU."

McKay threw touchdown passes to Jah'Marae Sheread (16 and 8 yards), Jermaine Hawkins (68 and 4 yards) and Nicholas Dixon (9 yards). He completed 7 of his first 8 passes and finished the game 22 for 31 with no interceptions.

"Good football player," UAPB Coach Doc Gamble said. "He's good, and they're a good football team. He hadn't played that well, but he's been getting better from the start of the season until now. We have to do a better job defensively, and offensively as well."

"That's kind of the story," Perry said, in reaction to the sack count. "We've just got to be a little stronger up front so I can get my playmakers the ball and get better on our execution as a whole. There were some plays we got away from and got put in tough positions, due to sacks and things like that, but we've still got to keep a next-play mentality."

Perry shared the Offensive Player of the Week award with Alabama A&M University receiver Dee Anderson. FAMU kicker Jose Romo-Martinez, the Specialist of the Week, went 4 for 5 on extra points and 1 for 2 on field goals.

Florida A&M defensive lineman Savion Williams was ejected after throwing a punch during UAPB's only scoring drive of the game in the second quarter. UAPB took a 7-6 lead with 10:45 left before halftime on a 3-yard Kierre Crossley carry, but Florida A&M took the lead back 2 minutes later.

McKay for helping the Rattlers mount 570 yards of offense.

UAPB will finish the season at Alabama A&M University in a rematch of the May 1 SWAC championship game, which AAMU won 40-33 in Jackson, Miss. Kickoff is set for 1 p.m. at Louis Crews Stadium in Huntsville, Ala.

"You've got to come back Monday ready to go to work," Gamble said, when asked what he will tell his team with one game remaining in a season in which they struggled to meet high expectations. "That's the only thing I can tell them, and the only thing they know, is to get ready to prepare for a team that beat us in the championship game. We'll be ready. If I had a magic pill to get everybody ready, I would give them that." 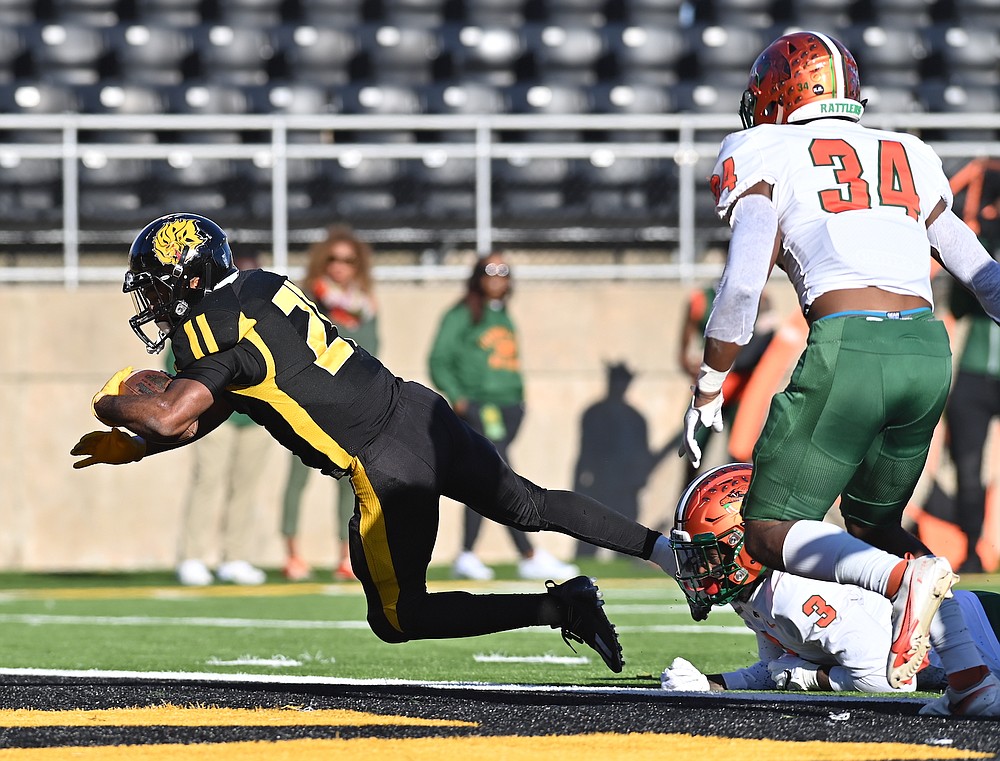