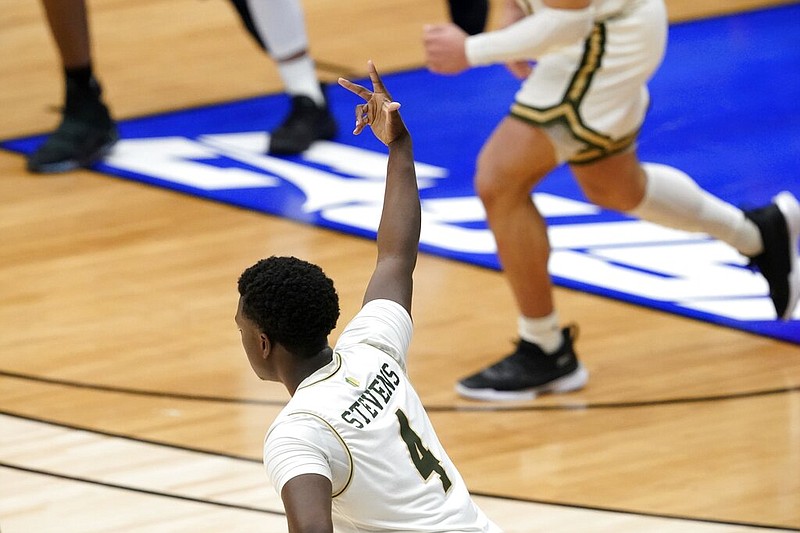 Two University of Arkansas at Pine Bluff men's basketball players registered 20-plus points late Friday, but Colorado State University shot 56.1% from the field and made 8 of 16 3-point attempts in defeating the Golden Lions 91-71 before 4,776 people at Moby Arena in Fort Collins, Colo.

UAPB (0-2), continuing a seven-game western swing to start the season, got 26 points from Shawn Williams, who shot 8 for 18 from the floor, including 6 of 13 from behind the arc in 35 minutes of action. Kylen Milton contributed 24 points on 9-of-18 field-goal shooting (5 of 11 from 3-point range).

Dequan Morris was the only other Golden Lion in double figures, with 10 points. Trey Sampson, who went for 29 points at Creighton University on Tuesday, was held to six points.

David Roddy had 28 points, shooting 10 of 15 from the floor and pulling down 13 rebounds to lead the Rams. Isaiah Stevens added 23 points and six rebounds, while Dischon Thomas and James Moors added eight points apiece.

UAPB will play the University of Wyoming at 3 p.m. Central today in Laramie. The game can be streamed on the Mountain West Digital Network (https://gowyo.com/sports/2017/9/1/mountain-west-digital-network.aspx).