OPINION | GAME ON: Beavers strive to restore planet trashed by people in 'Timberborn' 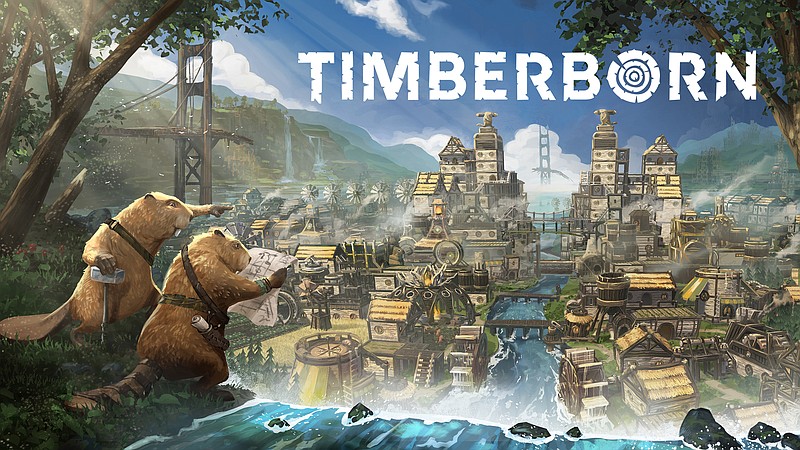 In a world where humans no longer exist, the peak of civilization now rests with tribes of super-intelligent beavers who must survive while dealing with the effects of rapid climate change.

There are a lot of city-building simulators out there, many with their own unique spin. So how does "Timberborn's" beaver-based society stack up? Pretty (beaver)dam well.

As happens in other city-builders such as "Banished," players start with a small colony and a small amount of basic resources and must expand from there. Players will spend their time adding to the population, unlocking new technologies and dealing with rapid environmental changes, mainly drought.

How the game plays depends a lot on the difficulty selected. Players will have the choice of a relaxing time spent exploring the map and growing a happy colony, or facing punishing droughts that will likely doom their hardworking rodents.

On my first play-through, the latter happened to me. My poor critters received their first drought, which only lasted a few days, and starved to death from lack of food.

It's not that I had neglected food, but because of the drought drying up a nearby river, the growth of my farm crops stopped at 99%. By the time that life-giving aqua pura returned, it was too late.

The mechanics of "Timberborn" start out fairly simple. The colony is formed around a lodge, and it's mainly a timber-based society. Worker beavers will chop down trees and then use those to build houses and other buildings, while other beavers will gather berries, grow crops and collect water.

The beavers are capable of a steampunk (or timberpunk) level of technology and able to build water wheels to supply electricity.

[Video not showing up above? Click here to watch » arkansasonline.com/1115timber/]

The key concept around "Timberborn," however, relies on surviving droughts, which appear throughout gameplay. At the game's start, a gentle river flows through the map, near the starting area, but when the drought comes, the river dries up. No river means no water for crops, drinking, or powering electricity.

Luckily, beavers are an industrious lot with a fairly unique capability in nature: creating dams. This mechanic is what "Timberborn" leans into to create something unique. Beavers will create dams, locks and change the landscape itself as they prep for the coming doomsday.

Players will notice right away that the river dried up quickly. But if beavers learn to harness the power of dynamite, they can create deep lakes that can store water in cases of hardship and redirect the flow of water into wasteland areas to create arable land for potato and carrot farming.

Creating secondary colonies will allow access to far-flung resources such as scrap metal harvested from the remains of human civilization. This in turn allows for greater technological improvements.

The concept of having to manage the flow of a river is a unique one in city builders, and it's one that of course has been done in real life for thousands of years, so it's really interesting to see that mechanic added. Just as in the real world, when beavers grow crops or harvest berries, these plants need to be watered by or planted near a water source to grow.

Survival is based more on learning to live seamlessly with nature rather than destructively. Yes, forests must be cut down, but they must also be replanted and sustainability becomes key. And always an eye must be kept for the future, as longer, more difficult droughts will continually challenge survival.

In many ways, it's a puzzle game, learning how to sustainably extract the maximum amount of resources from the map and working within the game's physics to control the flow of water, while also building huge warehouses to store food and water for hard times.

"Timberborn" is in an advanced stage of development, although it is still in Early Access, meaning developers are still finalizing the product based on player feedback. Currently there are two clans of playable beavers, with the second unlockable after achieving certain milestones.

I don't think "Timberborn" quite has the polish and pizzazz of genre standouts such as "Banished" or "Frostpunk," but it's enjoyable and filled with cute critters. The vertical architecture (you often build upward more than outward) and water-management system are great mechanics to explore.

It's definitely worth checking out, and currently sits at 95% positive reviews out of more than 5,000 on Steam.