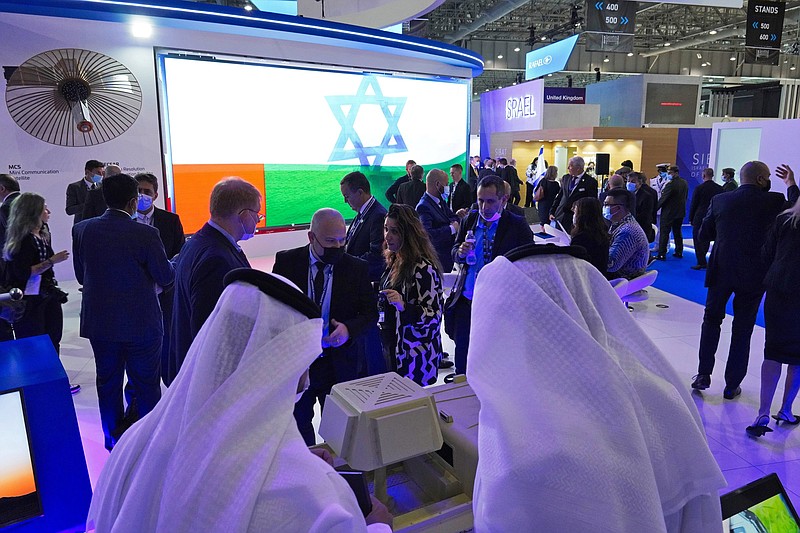 DUBAI, United Arab Emirates -- Airbus clinched a major deal on Monday valued in the billions of dollars to sell 111 new aircraft to the Air Lease Corporation, its second blockbuster order at the Dubai Air Show.

Air Lease, a Los Angeles-based jet financing and leasing company, added to its expanding fleet with 25 A220-300s, 55 A321neos, 20 A321 XLRs, four A330neos and seven A350Fs. At Airbus' pre-pandemic list prices, the order would exceed $15 billion, although major deals typically see manufacturers offer significant discounts to buyers. The company did not provide any details on the sale price.

The sale of the European plane maker's new twin-engine A350 freighter is seen as a direct challenge to Boeing's long-haul 787 Dreamliner, which has suffered repeated production troubles.

The Dubai Air Show pits the two major manufacturers against each other in the crucial Mideast market filled with long-haul carriers connecting East and West. American rival Boeing has yet to announce a major sale at the show.

"What we're doing is responding to the invitation for competition from the market," he added.

On the opening day of the aviation expo, Airbus booked the sale of 255 new aircraft to Indigo Partners' various low cost carriers -- a deal valued at some $30 billion, based on the pre-pandemic price list.

At a press conference held as a daredevil flying display roared outside, high-level executives of Airbus and Air Lease heralded their commitment as proof of surging demand and the ravaged aviation industry's comeback.

"The end of the covid crisis wants to install itself upon us," proclaimed Scherer.

The Dubai Air Show sees a stream of order and product announcements over its five days. Nigeria's Overland Airways also signed a $299 million contract for three E175 jets from Embraer, Brazil's plane manufacturer, to be delivered from 2023, along with three purchase rights for the same model.

The sales came as Dubai International Airport, the world's busiest for international travel, announced it handled 20% more passenger traffic in the third quarter of 2021 compared with the same period last year, stoking cautious optimism even as a full recovery likely remains a long way off. Just 20.7 million people squeezed through the airport so far this year -- a 74% drop from before the coronavirus hit in 2019.

Chief Executive Officer Paul Griffiths said Monday the figure still represents a sharp turn in fortunes for the crucial transit hub that was clobbered by the pandemic, forced to slash 34% of its staff and mothball a main terminal.