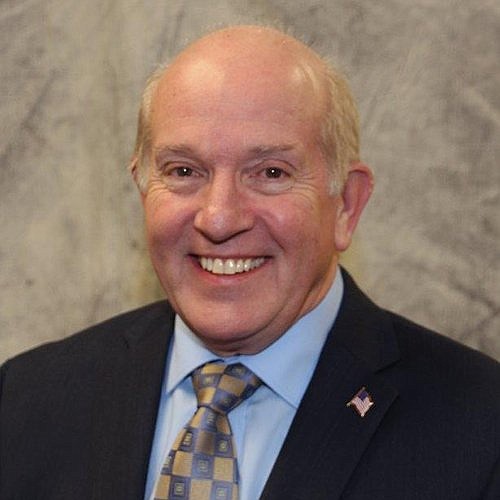 BELLA VISTA -- Mayor Peter Christie of Bella Vista announced his bid for the state Senate on Wednesday, running for the new district assigned to north-central Benton County because of the region's population growth.

"This new Senate seat is an important step in giving our rapidly growing communities in Benton County the representation they deserve in the Arkansas Legislature," Christie's announcement says. "I've worked hard over the past seven years as mayor of Bella Vista to ensure the city, its residents and its businesses can thrive within the challenges that come with growth."

Christie was elected mayor in 2014. Bella Vista mayor was the first office the retired business executive ran for, he said. He retired as vice president of NCR Corp., an Atlanta-based software, management and technical assistance company, in 2013. He moved from Phoenix to Bella Vista in 2010, he said.

Bella Vista doubled its number of firefighters and increased its number of police officers by a third during his administration, Christie's announcement says. The city also upgraded firefighting equipment and improved the city's fire safety rating, which lowered insurance premiums for property owners, he said.

State Senate District 34 will include most of Bella Vista while stretching from northern Bentonville to the Missouri line, if maps proposed by the state are approved Nov. 29. The state Board of Apportionment redraws legislative district boundaries every 10 years, after each U.S. census. The goal is to equalize district population. The board consists of the sitting governor, attorney general and secretary of state.

The board unveiled the proposed House and Senate district maps Oct. 29, setting its next meeting on Nov. 29 to consider final approval after a 30-day public comment period.

State senators serve a four-year term and receive a base salary of $42,428. They also receive per diem and reimbursement for expenses. Arkansas has 35 Senate districts.