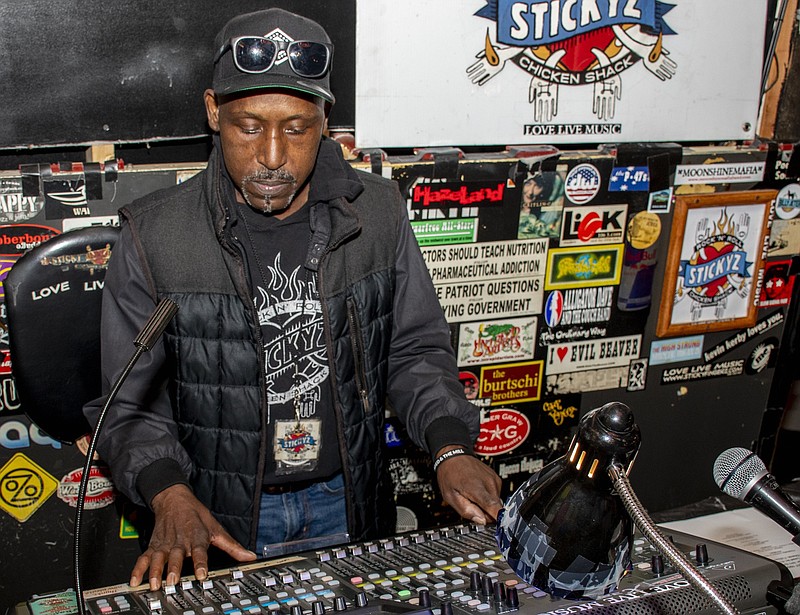 Since 2001, he has worked his wizardry behind the soundboard at Stickyz Rock 'n' Roll Chicken Shack in Little Rock, controlling the sound as bands perform onstage. From rock and funk to rap and country and blues to folk and beyond; from garage band punks and local heroes to international legends, Mystro has seen them all.

He shows the musicians where to park their vans or buses, helps them load in, oversees soundchecks, crafts the way their music comes through the club's speakers during their sets, runs the stage lights then helps them load out at the end of the evening.

"Mystro is always early," says Chris King who, along with Suzon Awbrey owns Stickyz and Rev Room, which is a few blocks west on President Clinton Avenue. "He's here from [before bands arrive] and then he's watching them drive off."

"We're a pretty young band and we've been playing at Stickyz for four or five years now," Sam says. "I think Mystro was sort of intrigued by us when we first started playing there. He can be a tough crowd, if you will, so if he takes a liking to you, it's a really good thing. He will do whatever he can to help you out."

"We just wanted to do a night of rock 'n' roll where people can hear three great bands and all proceeds go to help Mystro," Sam says.

"It's going to be a big party," says deFrance guitarist, singer and namesake Drew deFrance. "We're really good friends. I have so much respect for the guy. He's run sound for Aretha Franklin ... he's absolutely legendary."

It's a Friday afternoon in late October and Stickyz is mostly empty as Mystro sits at a table with King. In a couple hours he will help country singer Bri Bagwell set up for her show. Right now, he's talking about his life in music.

He had his own 14-piece band — "I like horns," he smiles — for about 15 years and also spent time on the road with the O'Jays and the Ohio Players. He still loves the drums, however. 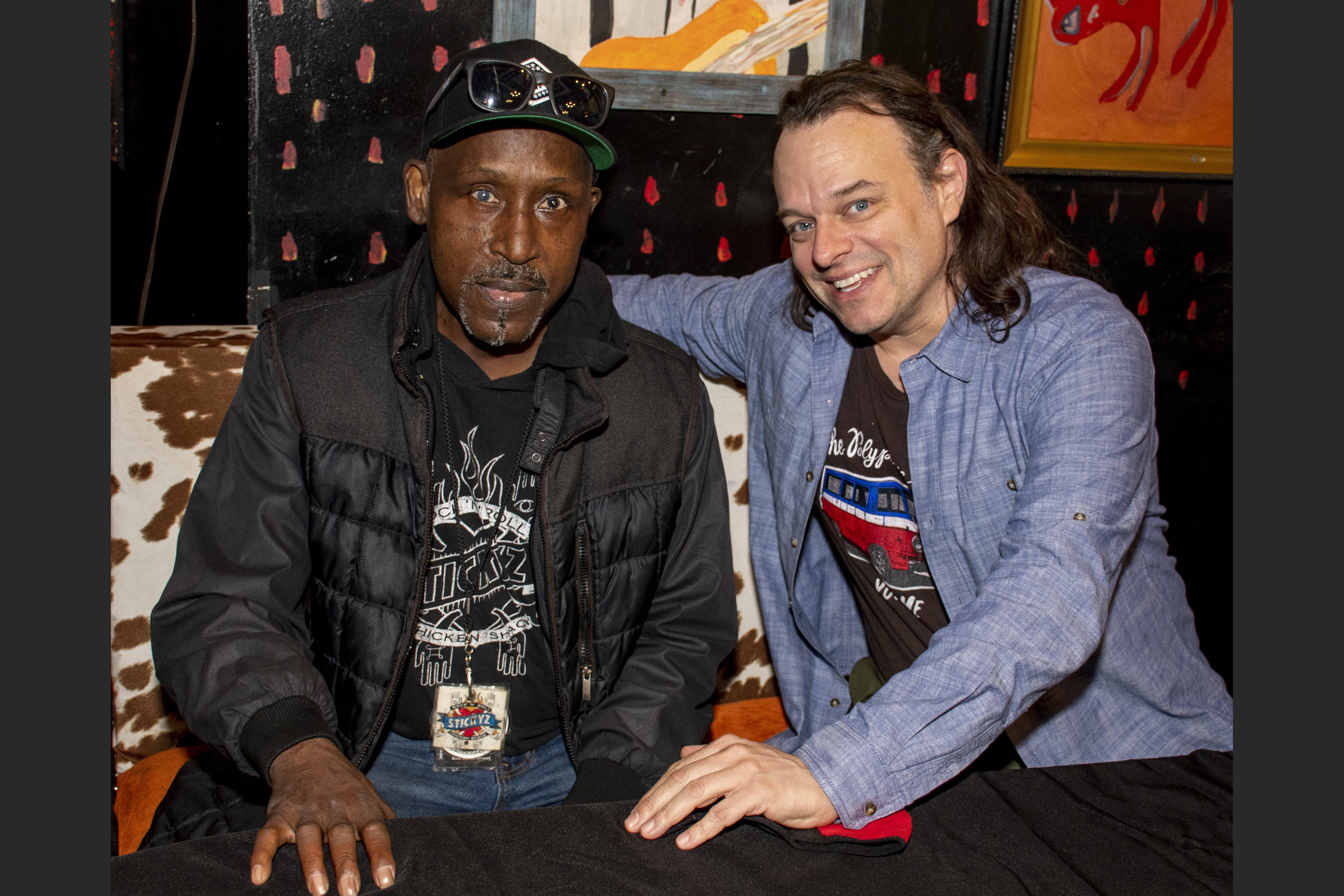 "Mystro and I had a meeting around the first of November, 2001" King says, realizing during the late October interview that an anniversary was on the horizon. "It will literally be 20 years next week. Outside of his health [issues] he's been at every single show. His record is impeccable. I can't tell you how many of our touring acts have expressed interest in taking him on the road with them."

"I was doing a show in Gateshead, England. I was playing with Steve Earle and the Dukes and Brandi Carlile's band was there, too. I used to know these guys in Austin. I was talking to them — members of the Dukes and Brandi Carlile's band — and they were like, 'Oh, yeah, Little Rock, right. How's Mystro doing?' That happens all over. Anybody who has ever played Stickyz, Mystro has run sound for them at some point in their career."

As referenced by Sam Bennett, Mystro runs a tight ship. Mystro tells the story of a Fayetteville musician who complained about the way he spoke to him before a gig. The musician's wife let him know that Mystro was simply telling him what he needed to hear.

"I'm a fighter," he says. "I said, 'this is not happening.' I'm telling you, laying up in that hospital bed, I felt terrible. Laying in the bed will kill you. I got some nurses to help me walk up and down the hall."

"I feel alright," he says about his health. "I'm just a little short-winded."

Mystro rolls his eyes when asked if he will be working the show Friday.

"I'm not even going to be in the building," Mystro says. "I'll be right here."

"You'll be down there," King says. "We'll have a seat for you. People will want to come by and shake your hand."