Shelter to make room for women 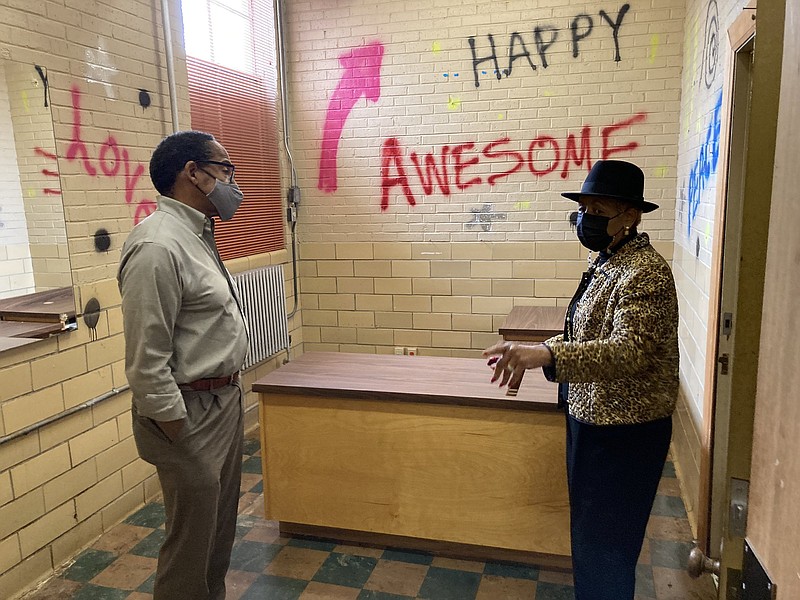 Ron Woods, an architect, listens as Mayor Shirley Washington describes some of the renovations needed at the old First Ward School, which is being turned into a homeless shelter. (Pine Bluff Commercial/Byron Tate)

A homeless shelter being planned for as many as 50 men at the old First Ward School will have to be able to accommodate women as well, according to officials.

City officials met recently with the architect who will oversee the creation of Opportunity House, which had been billed as a facility for men only. But during the meeting, held in one of the school's old classrooms, the group had to grapple with the requirement that the facility can't turn women away.

"You can't discriminate," said Lori Walker, assistant director of the Pine Bluff Economic and Community Development office. "This facility has to be designed to accommodate anybody without discrimination. That's the key thing; we have to meet that standard."

Mayor Shirley Washington has had a goal of putting in place a homeless shelter in Pine Bluff. Opportunity House, she has said, would be for men only, at least in the early going stages, because that is where there is the most need. Once there, the men would receive life-skills training in order to get back on their feet and find employment and a permanent place to live.

"We can't design a facility for just men?" the mayor asked. "So the shelter will be for men and women."

"If a woman walks up and says 'I need shelter,' you can't turn them away," Walker answered. "She would have to be accommodated."

Because of the requirement, a substantial amount of the conversation with the architect, Ron Woods, with the Woods Group Architecture firm in Little Rock, focused on making sure there were adequate bathrooms for males as well as females.

Washington said the requirement for accommodating women in the facility would not change her plans significantly. She said the interior design could be adjusted so that if a family or a woman needed help, help could be extended.

"If a woman walked up late at night, we could take her in for a short period of time if everybody else is full," Washington said.

For longer stays, she said, the woman would likely be transferred to the Salvation Army or some other shelter if possible.

The group that met at the school included Larry Matthews, director of the Economic and Community Development office, as well as others from his office, and also the mayor's chief of staff, Cynthia Anderson, who is overseeing the project for the mayor.

They toured other classrooms, several of the old school's restrooms and the kitchen, which had mostly been dismantled other than some stainless steel counters and an industrial-type dishwasher that were still in place.

In late summer, the city learned that it had received a $250,000 grant from Lowe's to fund the project. The money has to be spent at Lowe's, which also provided several volunteers from across the state who spent a day cleaning out the old school, located at 1315 E. Sixth Ave.

On top of the Lowe's grant, the city has around $800,000 in federal grant money that can be used to fight homelessness, Washington has said, but only about half of that can be used on renovations, which will focus on the bathrooms and kitchen.

"That's the total amount of money that we have," she told Woods, who said later that his firm had done several large-scale renovations.

Walker said the project might also qualify for Historic Preservation Restoration Grants, which would allow the city to "leverage some restoration costs." The trade-off, she said, however, is that by receiving such grant dollars, the city would have to comply with the grant's many restoration requirements.

The 20,000-square-foot structure was built in 1949 but has not been in operation for several years. Washington said the city was able to buy the building from the Pine Bluff School District for $10,000. 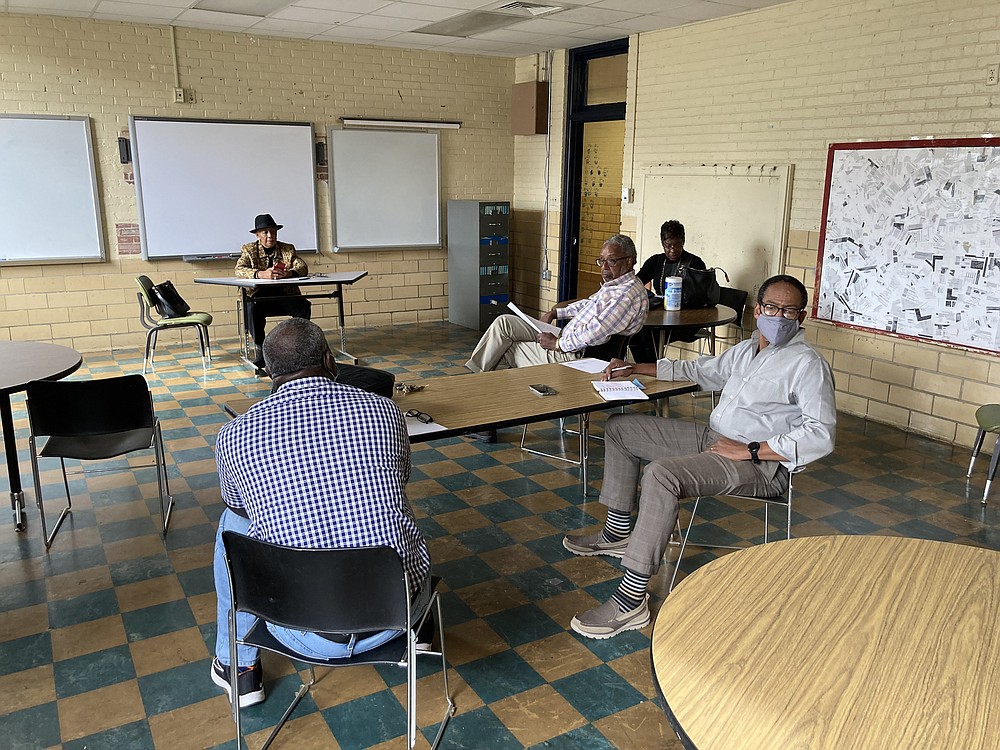