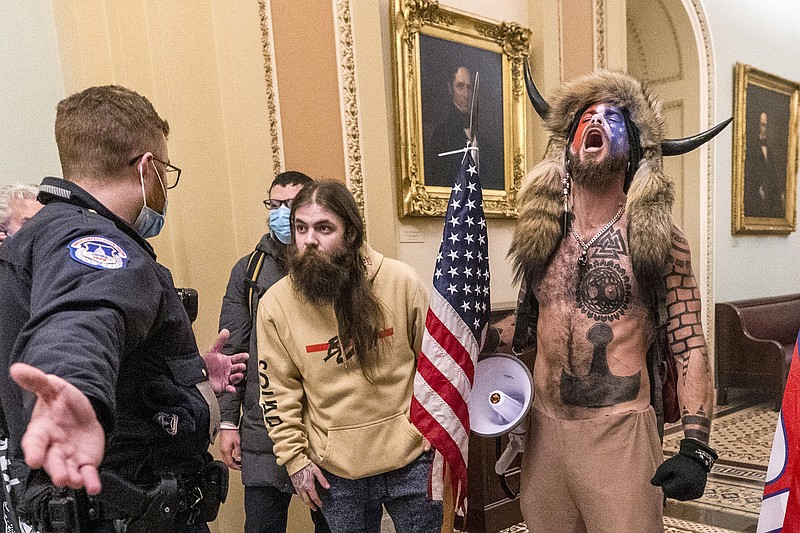 Jacob Chansley (right) and other rioters are confronted by U.S. Capitol Police officers outside the Senate chamber on Jan. 6. Chansley, who pleaded guilty to a felony charge of obstructing an official proceeding, was among the first rioters to enter the building. (AP/Manuel Balce Ceneta)

Jacob Chansley, the former actor and Navy sailor better known as the QAnon Shaman, who was portrayed by a prosecutor as "the flag-bearer" of the Jan. 6 attack on the Capitol, was sentenced Wednesday to 41 months in prison.

The image of Chansley holding a flagpole topped with a spear tip and looking as if he were howling was one of the most striking to emerge from the riot. He has since repudiated the QAnon movement, which is centered on the baseless belief that former President Donald Trump was fighting a cabal of Satan-worshipping, child sex trafficking cannibals.

Chansley, 34, of Arizona, who pleaded guilty to a felony charge of obstructing an official proceeding, was among the first rioters to enter the building.

Though he isn't accused of violence, prosecutors say Chansley was the "public face of the Capitol riot" who went into the attack with a weapon, ignored repeated police orders to leave the building and gloated about his actions in the days immediately after the attack.

Before he was sentenced, Chansley told U.S. District Judge Royce Lamberth it was wrong for him to enter the Capitol and that he accepts responsibility for his actions. He emphasized he wasn't an insurrectionist and is troubled with the way he was portrayed in news stories in the aftermath of the riot.

[Video not showing up above? Click here to watch » arkansasonline.com/1118shaman/]

"I have no excuse," Chansley said. "No excuses whatsoever. My behavior is indefensible."

The judge said Chansley's remorse appeared to be genuine but noted the seriousness of his actions in the Capitol. "What you did was terrible," Lamberth said. "You made yourself the center of the riot."

He is among 650 people charged in the riot that forced lawmakers into hiding as they were meeting to certify President Joe Biden's Electoral College victory. More than 120 defendants have pleaded guilty, mostly to misdemeanor charges of demonstrating in the Capitol that carry a maximum of six months in prison.

Chansley and Scott Fairlamb, a New Jersey gym owner sentenced last week for punching a police officer during the attack, have received the longest prison sentences out of the 38 Capitol riot defendants who have been punished so far.

Chansley, who has been in jail for 10 months, sought to be sentenced to time served. His lawyer, Albert Watkins, said his client has longstanding mental health problems that were worsened by being held in solitary confinement due to covid-19 protocols and is in dire need of mental health treatment.

In the year before the Capitol riot, Chansley appeared in costume at pro-Trump events, protests over face mask requirements and at a gathering of Trump supporters in November 2020 outside an election office in downtown Phoenix where votes from the presidential race were being counted.

His attorney has said Chansley was "horrendously smitten" by Trump and believed, like other rioters, that Trump had called him to the Capitol but later felt betrayed after Trump refused to grant him and others who participated in the insurrection a pardon.

[Video not showing up above? Click here to watch » arkansasonline.com/1118watkins/]

Watkins has said Chansley had been under pressure from family members not to plead guilty because they believed Trump would be reinstated as president and pardon him.

After spending his first month in jail, Chansley said he reevaluated his life, felt regret for having stormed the building and apologized for causing fear in others.

He twice quit eating while in jail and lost 20 pounds until he was given organic food.

The judge had previously rejected Chansley's claims that the six-foot flagpole he carried during the riot wasn't a weapon and that the metal spear tip was an ornament, saying the sharpened six-inch point could have been used to stab people from a distance.

Information for this article was contributed by Jacques Billeaud of The Associated Press and by Alan Feuer of The New York Times. 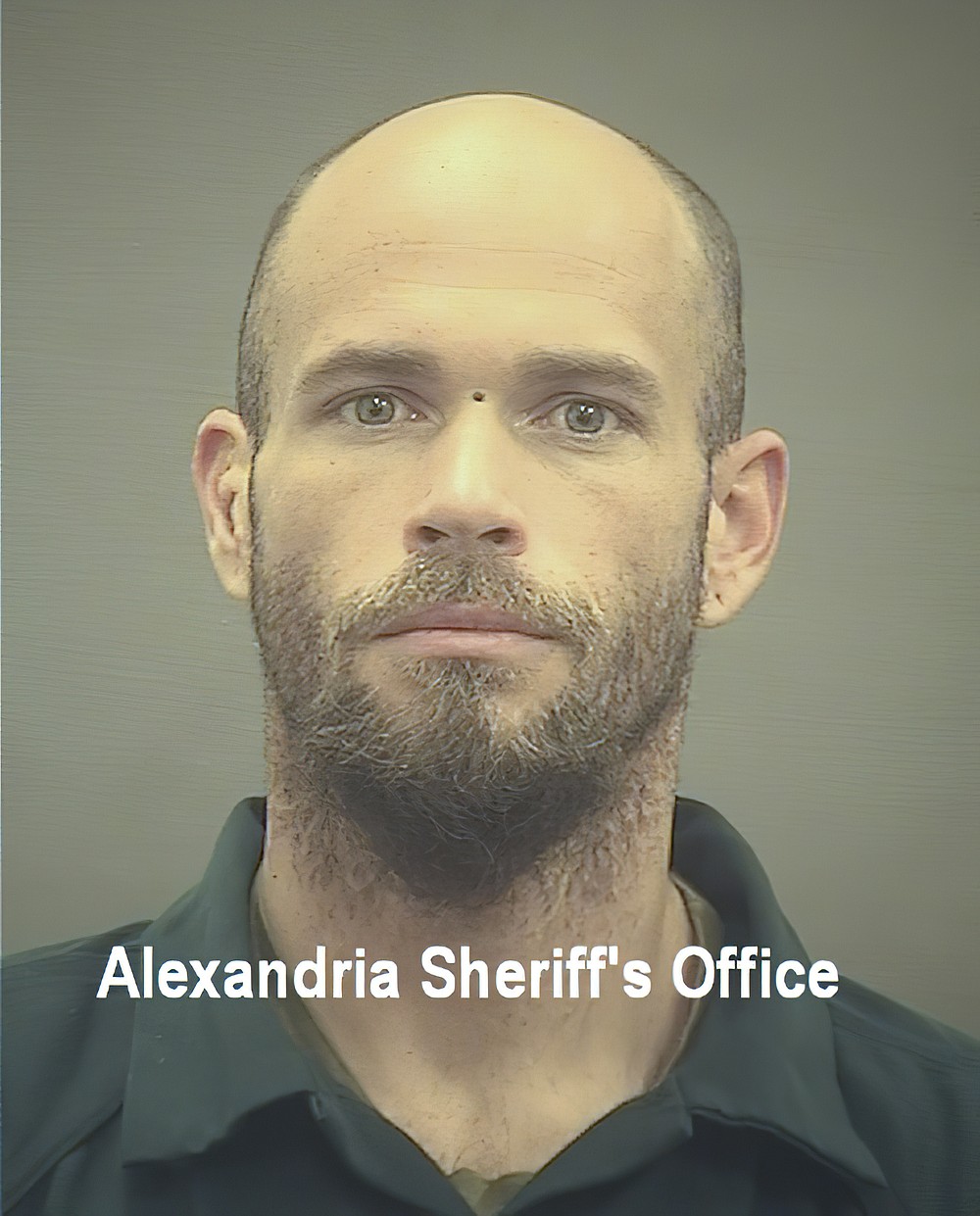 FILE - This image provided by The Alexandria (Va.) Sheriff&#x27;s Office shows Jacob Chansley, who was sentenced on Wednesday, Nov. 17, 2021, to 41 months in prison for his felony conviction for obstructing an official proceeding. Though he wasn&#x27;t accused of violence, Chansley acknowledged he was among the first 30 rioters in the building, offered thanks while in the Senate for having the chance to get rid of traitors and wrote a threatening note to Vice President Mike Pence. (Alexandria Sheriff&#x27;s Office via AP, File)
ADVERTISEMENT