Threat of another coronavirus surge in Arkansas + broadened eligibility for boosters, explained 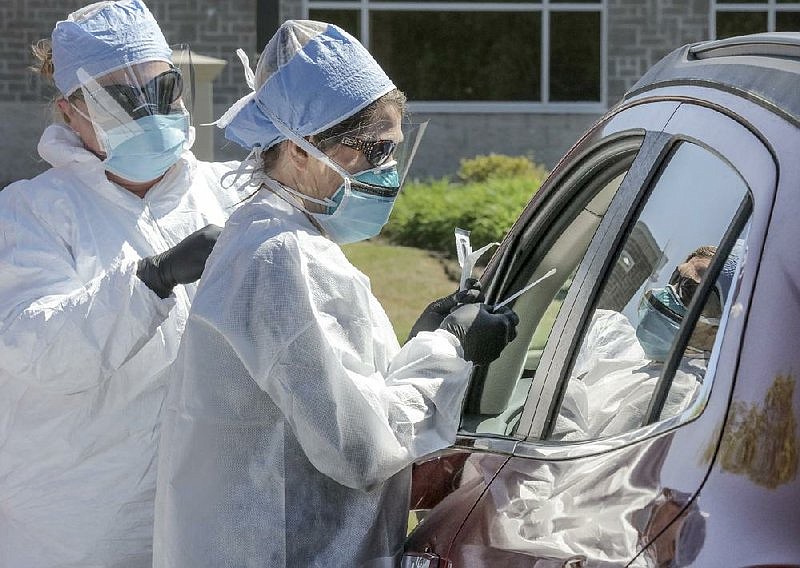 Cases of covid-19 are on the rise again in Arkansas, and state officials worry the state is seeing the beginning of a new surge.

In hopes of stemming the tide, Gov. Asa Hutchinson announced this week all Arkansas adults would be eligible for booster shots of the covid-19 vaccines.

Back up: How much are cases rising?

Dr. Jennifer Dillaha, the Health Department's chief medical officer, said Arkansas appears to be at the beginning of a new surge in covid-19 cases, initially sparked by Halloween-related gatherings and more recently fueled by transmission among unvaccinated people in schools and other settings.

The average number of new cases per day had been decreasing through October and hit a plateau in the beginning of November, hovering around 420.

The average has now risen to between 500 and 550 new cases per day.

That is roughly comparable to the number of new cases at the beginning of July, just before the Delta variant contributed to a rapid increase in new cases.

Who are infections affecting?

Dillaha said although there are some breakthrough cases, the infections are primarily among the unvaccinated.

The highest rate of infection recently has been among youths ages 12-18. People ages 35-44 have had the next-highest infection rate, she said, followed by children under 12 and then people ages 25-34.

Those age groups have lower vaccination rates than those of older adults.

Since Feb. 1, infections among the unvaccinated have made up about 86% of the state's cases, 88% of its covid-19 hospitalizations and 86% of its deaths from the virus.

How did vaccine eligibility change this week?

Gov. Asa Hutchinson announced on Monday that boosters are now available to anyone 18 or older who received their second shot of the Moderna or Pfizer vaccines at least six months ago.

According to the Centers for Disease Control and Prevention, the number of people getting first doses each week has stayed mostly consistent going back to the beginning of October, at around 12,000.

The figure may change, though, because children ages 5-11 became eligible for vaccination this month, and the number who had received doses as of Wednesday was 14,099.

The cumulative percentage of Arkansans who had received at least one vaccine dose as of Wednesday was 59.4%, and the percentage who had been fully vaccinated was 48.8%.