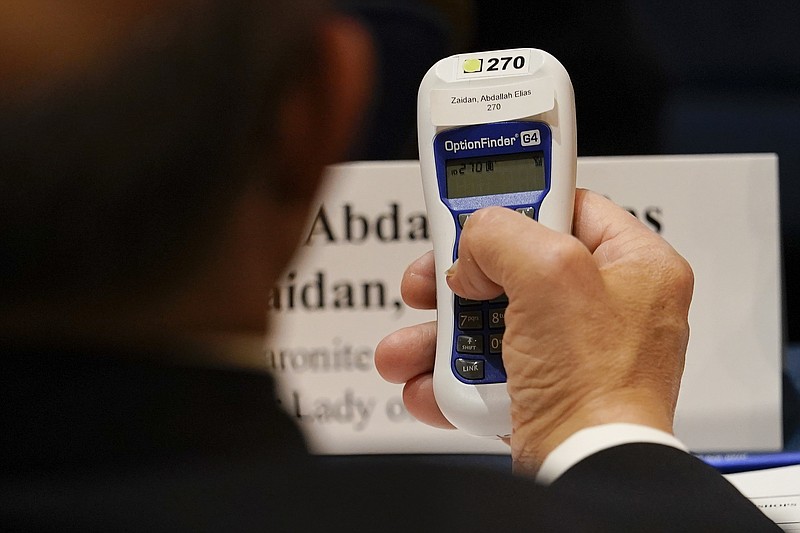 BALTIMORE -- U.S. Catholic bishops overwhelmingly approved on Wednesday a long-anticipated document on Communion that stops short of calling for withholding the sacrament from politicians such as President Joe Biden who support abortion rights but offers plenty of tacit justification for individual bishops to do so.

The U.S. Conference of Catholic Bishops' first major statement on Communion in 15 years, "The Mystery of the Eucharist in the Life of the Church," does not explicitly address the debate over elected officials, abortion and the sacrament that has surrounded the document over the past several months and partly inspired its creation in the first place.

Instead, it gives an overview of church teaching, emphasizing the centrality of the Eucharist in the faith and worship and in part reflecting concern among bishops that many Catholics don't know or accept such teachings.

It was approved by a 222-8 vote at the conference's fall assembly in Maryland after receiving only minor revisions in recent days by drafters on the bishops' Committee on Doctrine.

Drafters added a reference to defending "the unborn" along with other vulnerable persons, such as immigrants, older adults and victims of racial injustice.

They also bolstered the definition of "scandal" as weakening the resolve of other Catholics to follow church teachings.

The latter revision came in a passage reaffirming a 2006 statement saying it's a scandal if a Catholic "in his or her personal or professional life were knowingly or obstinately to reject" the church's doctrines or moral teachings.

The document does not identify Biden or other politicians by name, though it says at one point, "Lay people who exercise some form of public authority have a special responsibility to embody Church teaching."

It calls on Catholics to examine their conscience and make sure they're in harmony with church teachings, and says bishops have a "special responsibility" to respond to situations "that involve public actions at variance with the visible communion of the church and the moral law."

The document highlights the centrality of the doctrine of transubstantiation, which says that when a priest celebrates Mass, the bread and wine is transformed into Jesus' actual body and blood. It says Catholics can perceive this as a reality through faith, even though the elements appear to the senses to be bread and wine.

Some bishops have expressed concern over Catholics' acceptance of the doctrine, citing a 2019 survey that found most church members don't believe in transubstantiation. Other researchers have questioned that finding, however, saying that when survey questions are phrased differently, higher numbers of Catholics align with church teaching.

The document also says the sacrament is central to church unity and worship and leads to "personal and moral transformation," motivating believers to take care of vulnerable people and, in a broader sense, the environment.

The papal ambassador to the United States, Archbishop Christophe Pierre, urged bishops Tuesday to listen before they teach, even in situations where some want to clarify "confusion." And earlier this year, the head of the Vatican's doctrine office urged bishops to go slowly on the document, pursuing dialogue among themselves and with Catholic politicians.

Also during the fall meeting, bishops are launching a broader initiative to promote devotions centered on the Eucharist with plans for a major gathering focused on the sacrament in 2024 in Indianapolis. 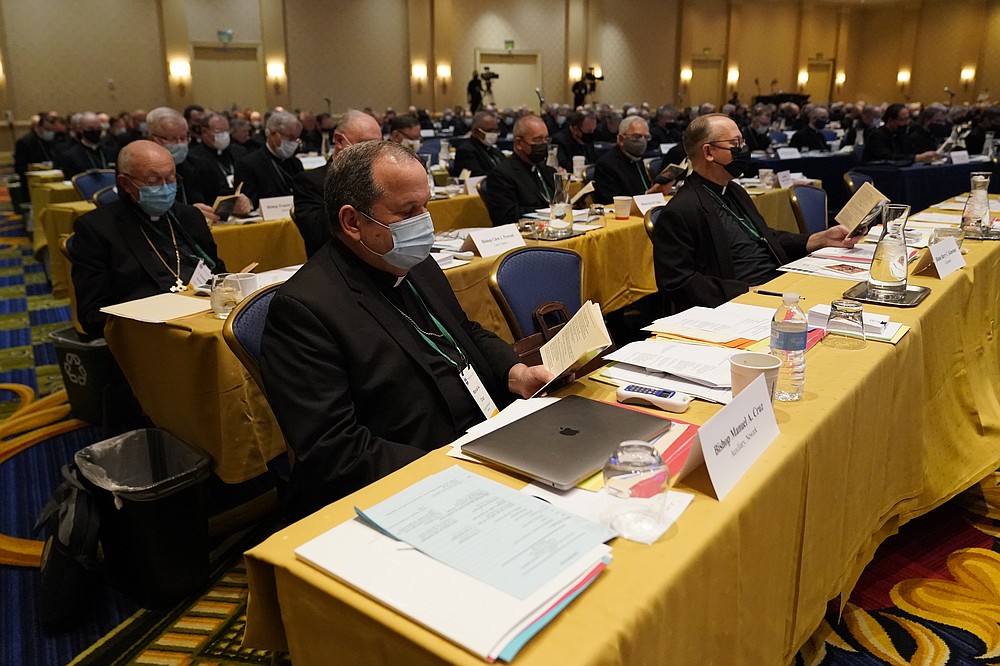