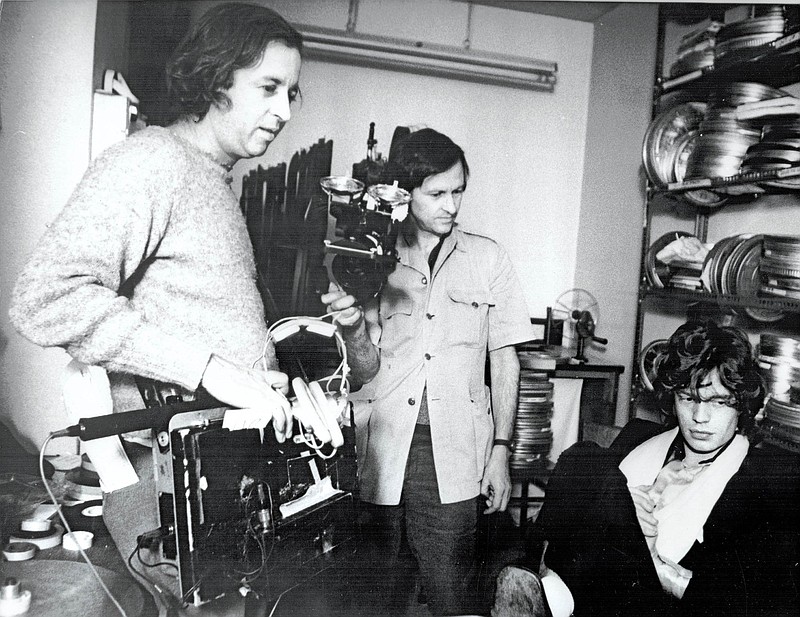 Distributed by the Criterion Collection

Ten people have lost their lives so far at the Astroworld concert in Houston, but the greatest tragedy may be that senseless deaths like these have happened before.

At the Altamont Speedway, located in the San Francisco Bay area in Dec. 6, 1969, four people died, hundreds were hurt when a free concert from The Rolling Stones, The Flying Burrito Brothers, The Jefferson Airplane and others went horribly wrong.

The optimism that came from events like the Monterrey Pop Festival evaporated, and Altamont came to symbolize everything that was wrong with the counterculture. The Stones, who were touring the States because they were all but broke financially hoped to make back what they lost on the gratis show with a concert movie. That's what Albert and David Maysles ("Grey Gardens," "Salesman") hoped to create when they followed the band.

Thankfully, "Gimme Shelter" is something far more engrossing, if deeply sobering. Co-director Charlotte Zwerin, who supervised the editing, came up with the conceit that makes the movie more than a chronicle of great music and logistical idiocy.

After a rousing performance from the Stones performing "Jumpin' Jack Flash" in peak form, Zwerin and David Maysles show clips to singer Mick Jagger and recently deceased drummer Charlie Watts. We hear radio news clips from broadcaster Stefan Ponek announcing how the show went badly and will from now on be known for tragic deaths instead of music.

At this point, viewers know more than the people on camera. We see the euphoria from the earlier parts of the tour and a steady steam of folly. When one organizer declares that Woodstock had little planning, so little would be needed for Altamont, which had two venue changes, you want to scream at the screen.

High profile attorney Melvin Belli, whom Brian Cox imitated flawlessly in "Zodiac," unsuccessfully tries to placate a venue proprietor who correctly predicts what could go wrong at the concert.

In between some vintage performances from The Stones, the seeds of ruin keep spouting. While the tour went smoothly before Dec. 6, security guards shove wayward female fans off the stage, and Altamont owner Dick Carter gleefully takes on his hosting duties, begging announcers to mention his name so that people will know about his generosity.

We know he'll be recalled for something else.

On a suggestion from The Grateful Dead, The Stones paid the Hell's Angels (yes, the motorcycle gang) in beer to act as a type of security force.

How did that go?

As Gram Parsons sings "Six Days on the Road," we see the Angles beating on fans with pool cues filled with lead. Doctors later recalled treating an appallingly high number of women with skull fractures later.

Only a few minutes pass in the film, and we see gang members attacking Jefferson Airplane lead singer Marty Balin while he's performing.

Because of the warped chronology, "Gimme Shelter" makes for absorbing viewing. It's also a chilling lesson in humility.

While viewers know that people are going to lose their lives and some of their souls in the process, being in the middle of disaster shows that poor decisions don't seem immediately obvious.

In the moment, the regrettable seems rational.

The giddy, hedonistic persona Jagger has in the early portions of the film is fun to watch but doesn't lead to any harm. He even hints that Altamont could even lead to a better way of living. The nation was in the middle of a war at the time, so maybe Jagger was both onto something and on something.

But when the Stones try to perform "Sympathy for the Devil" on Dec. 6, 1969, they have to stop repeatedly as Angels and hippies continue to fight. The irony continues as Jagger, sounding like a frustrated parent, tries to scold the crowd into behaving. It's hard to be a convincing devil when you can't control the Hell you helped create.

It's not a spoiler to reveal that during "Under My Thumb," Meredith "Murdock" Hunter raises a pistol and then an Angel named Alan Passaro stabs him to death just a few feet from the stage. Hunter was Black and only 18 years old; Passaro was white. Hunter's surviving friends say the gun wasn't loaded and that he merely raised it to scare off attackers. Because he and Passaro are long dead, we won't ever know.

Like Hunter, I did a lot of stupid things at age 18, but I had the privilege of living. I've been in mosh pits like the one in Houston, but I never got injured. Many don't have that luck.

It's easy to see echoes of Trayvon Martin is his own death. Passaro may have been protecting the band, but he also died at age 36 in 1985. There isn't a happy ending to this story, just like Astroworld seems more horrific as more details emerge.

At the end of "Gimme Shelter," Jagger sees the footage of Hunter's death and looks dejected. As he walks away from the moviola, his face is sullen, and the energy he continues to have on stage is nowhere to be seen.

When 11 fans died in Cincinnati before a concert by The Who on Dec. 3, 1979, organizers ended festival seating to prevent future debacles. That has certainly saved lives, but old lessons get forgotten and new contingencies make preparation moot. "Gimme Shelter" captures the euphoria that music can give us and reminds us that lethal folly can be equally seductive.