In the company of men

‘The Power of the Dog’ tackles, critiques hyper-masculinity by KEITH GARLINGTON SPECIAL TO THE DEMOCRAT-GAZETTE | November 19, 2021 at 1:33 a.m. 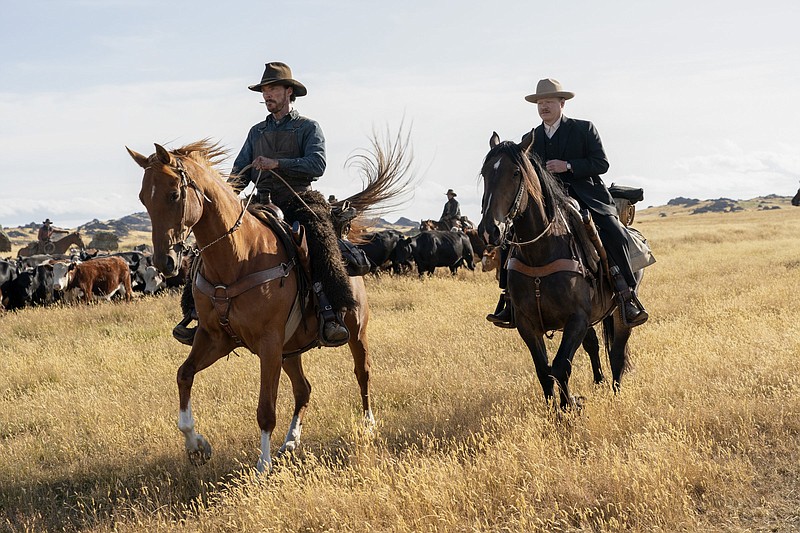 Brothers Phil (Benedict Cumberbatch) and George Burbank (Jesse Plemons) run one of Montana’s largest cattle ranches in Jane Campion’s breathtaking “The Power of the Dog,” a revisionist Western set in 1925.

Any reputable self-anointed cinephile watches a ton of movies. It kinda comes with the designation. And despite consuming a ton of movies, most of us still have our blind spots that we're always trying to fill in. Shamefully one of mine is Jane Campion. Outside of her highly-acclaimed 1993 Oscar-winner "The Piano," I'm not sure I've seen anything else in her catalog. That is until Netflix brought her new film "The Power of the Dog" to Little Rock for a recent press screening.

Based on Thomas Savage's 1967 novel of the same name, "The Power of the Dog" is a crafty anti-Western with all the visual flavor of John Ford, Sam Peckinpah or Delmer Daves. But at its core Campion's film (she writes and directs) is a slow-boiling psychodrama that seeks to explore the darker shades of human nature. It's a master-class of tone management and the patient steady rhythm of Campion's storytelling keeps us glued to every frame even as the story butts heads with itself later on.

With New Zealand posing as Montana, the movie is set in 1925. The Burbank brothers, Phil (Benedict Cumberbatch) and George (Jesse Plemons), work their sprawling family ranch in the heart of beautiful Big Sky Country. While together the two run a profitable cattle business, they couldn't be more opposite. George is the dapper gentlemanly sort; mild-mannered and soft-spoken but with a deceptively fervid aspiration to climb up the social ladder. He's sensitive and gentle, tending to the business side of the ranch while brushing off his brother's relentless insults.

Phil is a hardened cowboy whose cauterized emotions have turned him into a cold calloused brute. With thick brown chaps, a rolled cigarette dangling from the corner of his mouth and a thick layer of grime caked on his face, Phil moves with a stiff-shouldered gait as if forcefully projecting a distinct image. His ranch-hands follow him like disciples, listening close as he recalls the wisdom of his late mentor and friend Bronco Henry. They also channel their alpha-male leader's bullish antagonism toward anyone who doesn't meet their hyper-masculine standard.

With personalities that gel like oil and water, Phil and George live on a slippery slope. But the tension between them reaches a simmer while taking a herd of cattle to market. The brothers and their cowhands visit a restaurant owned by a young widow named Rose (Kirsten Dunst) and her awkward teenage son, Peter (Kodi Smit-McPhee). Repulsed by what he perceives as weakness, Phil pounces on the shy lanky boy, viciously mocking his slight lisp and burning an intricate paper flower Peter made as a centerpiece. It's an unsettling sequence, but also one that highlights Campion's remarkable control over her material.

Later, a sympathetic George returns to the restaurant to see Rose and make amends for his brother's cruelty. It sparks a sweet romance that over time leads to marriage. With Peter off to medical school, Rose sells her restaurant and moves to the ranch. This triggers a jealous and embittered Phil who makes it his goal to crush his brother's newfound marital bliss. To Phil, Rose (and later Peter) are interlopers and a threat to his manly order of things. That conflict drives the remainder of the film and sends the movie careening down a path with no happy ending in sight.

While some find a critique of masculinity in nearly every movie these days, Campion provides one of the most vivid and clear-eyed examinations yet. She uses Cumberbatch's commanding and at times terrifying performance to not only reveal what warped manhood looks like, but to also show the destruction it can leave in its path. Cumberbatch's Phil is a blunt force with a domineering aura and his methodical psychological assault can be hard to watch. Dunst gives a devastating portrayal of a woman who is both a victim of Phil's unyielding harassment and of the era's oppressive societal norms.

And things only intensify once Peter arrives to spend the summer at the ranch. Smit-McPhee's poker-faced presence and (again) Campion's confident control keeps the character at an arm's length. This makes Peter impossible to read; every bit as enigmatic as he is peculiar. It also makes him a prime target for Phil's cutting abuse. With a tormented Rose withering away from depression and alcoholism, the story shifts toward Phil and Peter. Meanwhile Plemons gets the short end of the stick as George all but vanishes for a big chunk of the second half.

While the film's exploration of masculinity is a good one, it's undone a bit by the implications of another theme that comes fully into focus late in the story. I won't spoil it for those unfamiliar with Savage's book, but it's a "twist" (for lack of a better word) that adds a new layer to Phil while inadvertently giving him an excuse for his emotional savagery. I doubt that's the intent and it won't play that way for some, but I couldn't shake the feeling that Campion's attempt at adding richness to her story ends up undermining one of its biggest strengths.

Tangled themes aside, "The Power of the Dog" ends on a strong note as the movie's Psalm-inspired title clicks firmly into place. It's a finish that again showcases Campion's deft management of her scenes and her audience. Accompanied by the painterly beauty of Ari Wegner's cinematography (among the year's best), the simple yet haunting Jonny Greenwood score, and superb performances top to bottom, Campion has crafted a striking Western with all the leathery textures of the genre, but with the assured and probing touch of an auteur. 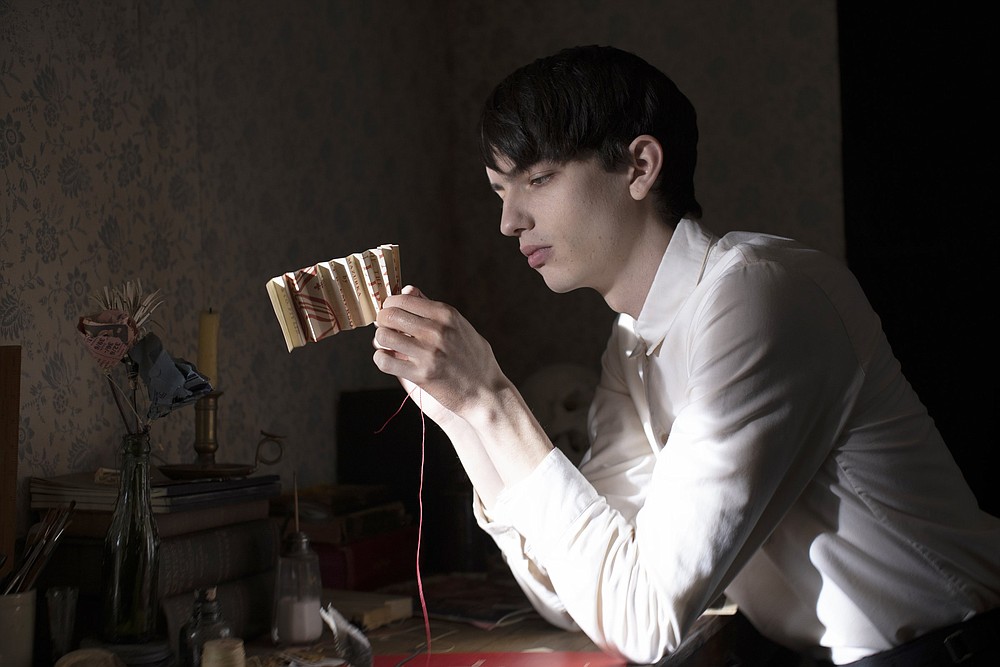 Delicate, sensitive Peter (Kodi Smit-McPhee) has to cope with the hyper-masculine world of a Montana cattle ranch in Jane Campion’s “The Power of the Dog,” the New Zealander’s first film in 12 years.
More News

‘The Power of the Dog’