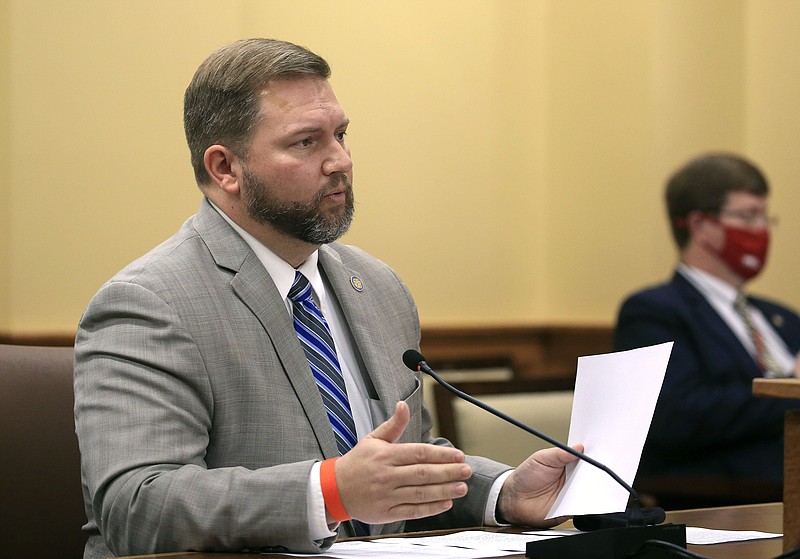 “I’m running for state Senate because families in Benton County need a consistent conservative leader fighting for them in Little Rock,” Dotson said in his announcement. “Voters here know I have a proven track record of effective leadership on the issues that matter most.” Issues his announcement listed included lowering taxes, cutting government regulation, education reform and the rights of parents of schoolchildren.

Dotson is serving his fifth term in the House, winning his first race to become a House member in 2012. He previously served on the Bentonville City Council. He is vice-chairman of the Arkansas Legislative Council, which oversees state government operations when the Legislature is not in session. He is a home builder and a Realtor with Gibson Real Estate, his announcement says.

As of Thursday, Dotson has one opponent in the May 24 Republican primary, Bella Vista Mayor Peter Christie.

Proposed state Senate District 34 will include most of Bella Vista while stretching from northern Bentonville to the Missouri line if maps proposed by the state are approved Nov. 29. The state Board of Apportionment redraws legislative district boundaries every 10 years, after each U.S. census, to equalize district population. The board consists of the sitting governor, attorney general and secretary of state.

The board unveiled the proposed House and Senate district maps Oct. 29, setting its next meeting on Nov. 29 to consider final approval after a 30-day public comment period.

Dotson’s decision to run for the Senate leaves northern Bentonville’s proposed House District 10 without an incumbent. Democrat Daisy Bonilla confirmed she will run for the seat. No Republican has announced as of Thursday.

State senators serve a four-year term and receive a base salary of $42,428. They also receive per diem and reimbursement for expenses. Arkansas has 35 Senate districts.