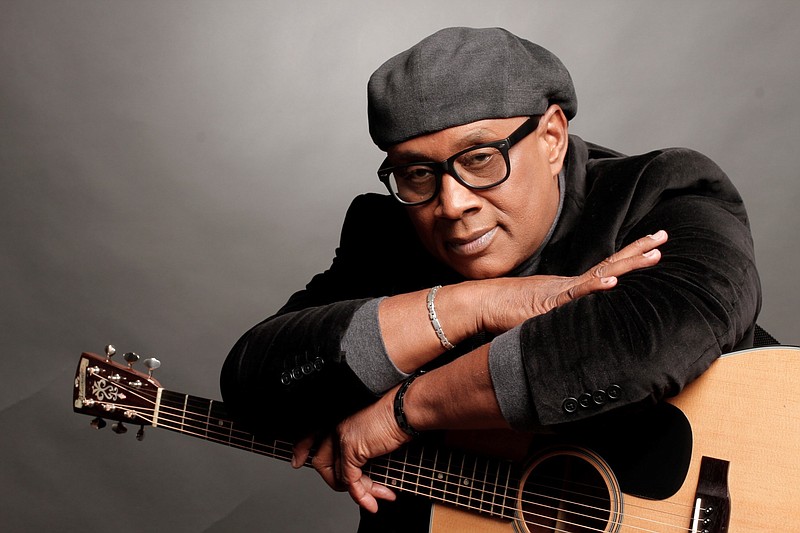 Grammy-nominated artist Melvin Williams, who will sing Sunday at Little Rock’s First Missionary Baptist Church, is known for the songs “Cooling Water” and “Another Blessing,” among others. (Courtesy photo)

No tickets are necessary

In the midst of this pandemic, he remains grateful, he said recently.

"I'm thankful for life and health and strength. Most of my family's still here," he said.

Williams, who will sing Sunday at a pre-Thanksgiving service in Little Rock, is the author of "(Ooh Wee) Another Blessing," which catalogs the gifts, great and small, that he believes come from God.

In the space of five minutes, the song thanks God at least 28 times.

The list of blessings includes items that many people take for granted -- legs that walk, tongues that talk, lungs that breathe, a loving family ("and they're doing fine," he notes in the song.)

The same God who has given him life and health and peace of mind is also present during the hard times, it declares. "Pain and suffering, he brought me through. Arms wide open, [he] always welcome you," Williams testifies.

Written before the arrival of covid-19, the message hasn't lost its resonance, he noted.

"[As you] look at what's happening in the world today and all the chaos that's going [on], that song becomes more relevant," he said.

"Another Blessing," which debuted in 2007, is one of Williams' best-known songs; the video has been viewed 13 million times on YouTube. It followed "Cooling Water," a 2001 song that received heavy play on gospel radio and 21.8 million views on YouTube.

Both songs were recorded with fellow Mississippian Lee Williams, no relation, who died Aug. 30 at age 75.

Eventually, the qualifiers were dropped and the name was shortened.

"Now, we are known just as the Williams Brothers," he said.

Over the years, his solo career has flourished and his songwriting abilities have gained renown.

Covid-19 cleared his calendar. "We've done maybe ... five or six dates in the last 18 months. We've been offered dates, but we turned them down just because of the covid surge," he said.

For much of the time, it was his conscience that kept him from performing.

He worried, he said, that an audience member might catch covid and die.

"We don't want to have that guilt on our shoulders," he added.

With vaccinations now available throughout the United States, he said he feels comfortable returning to the stage.

Williams is expected to sing for at least 30 minutes during Sunday's free Pre-Thanksgiving Empowerment Service, which is being held at First Missionary Baptist Church.

No tickets are necessary for the concert, which is presented by the Arkansas Martin Luther King Jr. Commission.

"He's a gospel legend," he said. "He's been a great advocate for civil rights throughout the years."

Williams said he is pleased to be singing in a church where King once preached.

On Sunday, April 28, 1963, King delivered the sermon at the church's 118th anniversary celebration and slept in the church parsonage.

Four months later, to the day, he would deliver his "I Have a Dream Speech" on the steps of the Lincoln Memorial.

The commission partnered with Habitat for Humanity to renovate the Little Rock house, which was dedicated in 2019 and designated the MLK Memorial Parsonage.

Students from the Little Rock School District helped with the restoration, painting and cleaning, and installing a handrail.

Williams is old enough to remember the civil rights marches and the sit-ins, the bombing of the church in Birmingham, Ala., in 1963 and the abduction and murder of three civil rights workers near Philadelphia, Miss., on June 24, 1964.

He remembers watching television with his mother and weeping on April 4, 1968, as news broke of King's assassination in Memphis.

"It was pretty challenging and pretty tough, especially for Black people and people of color," he said. "That's why I'm so appreciative of anybody of any color that stand up for equal rights and for people being treated the way they should be treated."

God helped guide His people through the trials and the journey has not ended, Williams said.