IN THE GARDEN: Large green seed pods on hibiscus will brown before opening 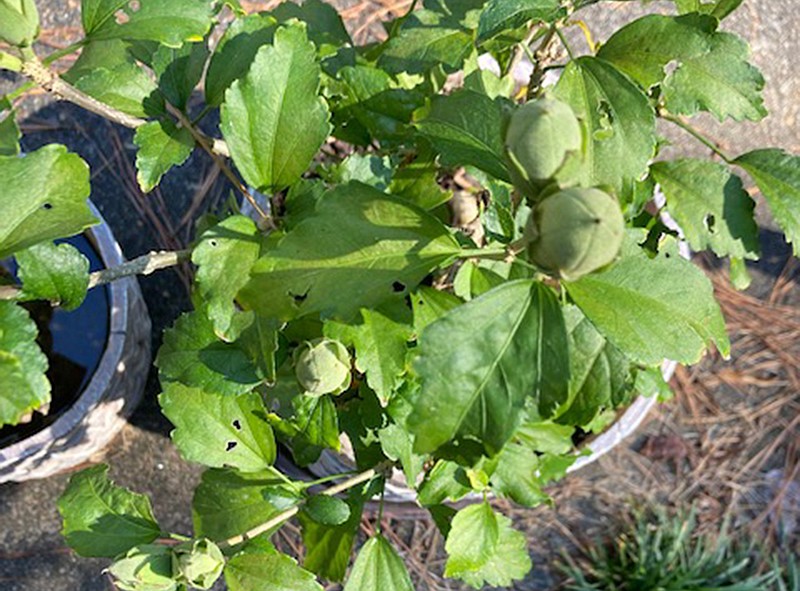 Green seed pods on this Althea will turn brown and the woody capsules will open to release their seeds. (Special to the Democrat-Gazette)

Q Here is a picture of my hibiscus plant. As you can see, it has pods that I thought were buds and you thought were seed pods. Please let me know the correct answer.

A The plant looks like a rose of Sharon or Althea (Hibiscus syriacus). The larger, smooth green pods are seed pods, not flower buds. When they are totally ripe, they will turn brown and the woody capsule will open and release seeds.

Q Can you recommend a native shrub for my front yard beds that will thrive in full sun and not grow too large, staying in the 2- to 3-foot height range? One that can be pruned to that size is OK, too. There is a Japanese maple behind where I will place a line of about five identical shrubs. Something that flowers would be preferable. Azalea is a possibility, but I don't know if they are native to Central Arkansas. I love attracting hummingbirds and butterflies. The winter freeze killed the shrubbery in this bed last year.

A You did not specify whether it mattered if the plant was evergreen or not. A great native plant for full sun is ninebark (Physocarpus). There are standard varieties but also several dwarf cultivars with green, red or orange foliage, depending on variety. Tiny Wine and Little Devil are very compact with dark maroon foliage during the growing season. Nanus is a green-leafed variety, and Festivus Gold is a yellow foliage form. All of them are deciduous and so will lose their leaves in the winter, but they have lovely clusters of flowers in the summer that bees and butterflies adore. A spring-flowering native shrub is dwarf fothergilla. It also has lovely fall foliage. Little Henry is a dwarf form of itea, but it can spread over time. Several new shrub hypericums (St. John's wort) would also work. They have beautiful yellow blooms. Some varieties have extremely showy seeds as well. I also have a dwarf Aronia with pretty white flowers in the spring. There are some native azaleas, but they would not do well in full sun.

Q This is my first year to plant okra, and I had moderate success. The attached photo shows worms decimating the plants. I have tried insecticide to no avail. Any ideas on treatment? 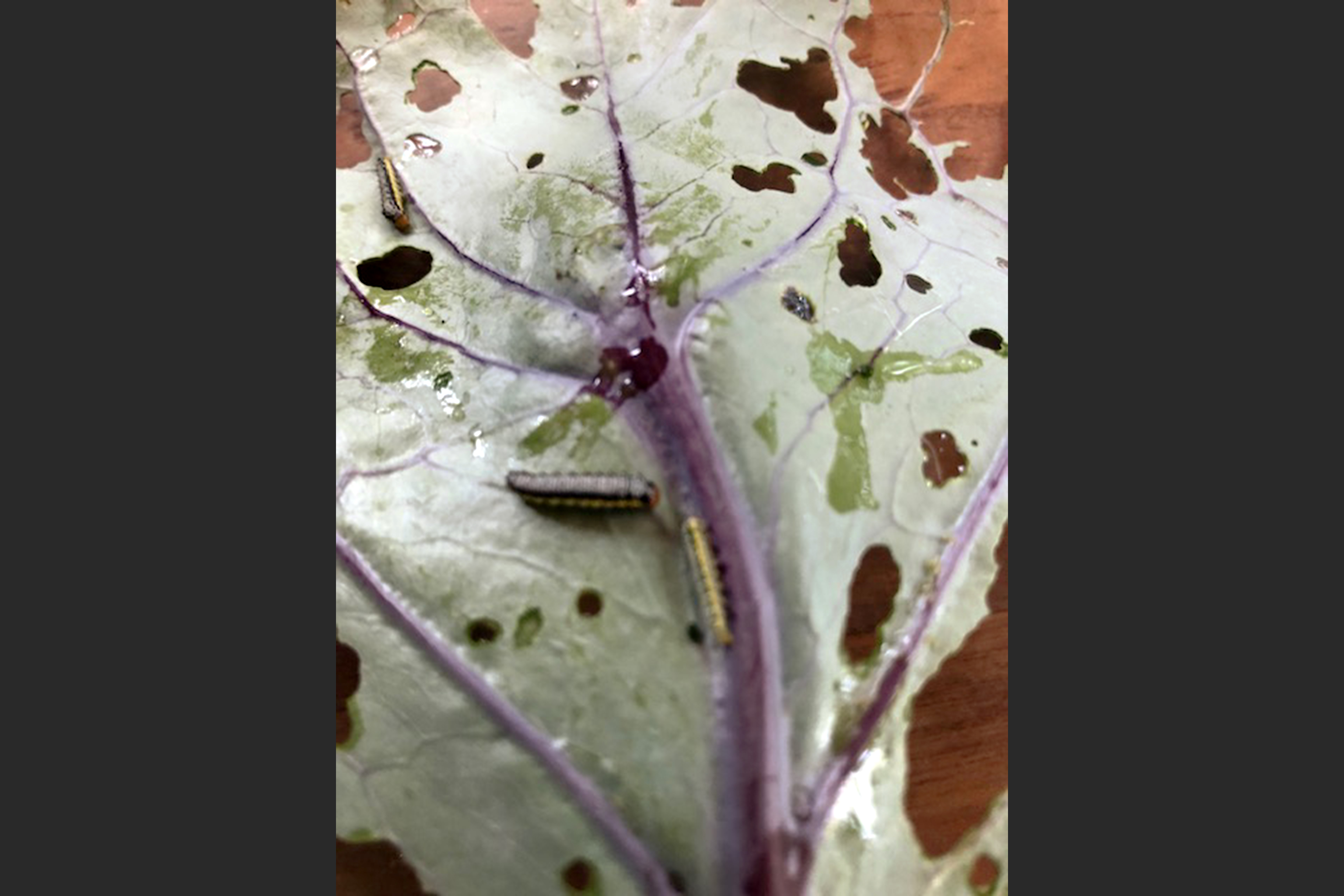 Armyworms will gobble leaves if they happen to be deposited on okra plants, but they aren't a common pest on okra. (Special to the Democrat-Gazette)
A The photo is a little fuzzy, but I think it is an armyworm. The two main caterpillars that attack okra are the corn earworm — but usually earlier in the season, right after corn is harvested — and the armyworm, which usually starts attacking in late summer through fall. The key is to catch the insects early. Bt (Bacillus thuringiensis) is an organic product that can be sprayed on the plant. The young caterpillars have to eat it for it to kill them. It works much better on small caterpillars. Another option is Carbaryl or Sevin, and I prefer wet-able powder to dusts. Use caution with Sevin because it is deadly to honeybees. I don't advocate spraying programs for okra, because some years you won't be troubled by worms. I have never had insect problems on okra.

Q Every year my cannas start out great but are eventually blighted by what I believe to be leaf rollers. I've tried insect soap and Sevin dust to no avail. Any suggestions?

A Cannas are often plagued by leaf rollers. Good sanitation this fall can help. Once you have a killing frost, cut back the old foliage and get it out of the yard. The insects overwinter in spent debris. If you still see signs of problems next year, there are some insecticides that work. The Bacillus thuringiensis commonly sold as Bt is an organic approach. But it has to be sprayed where the insects are eating. Systemic insecticides will also work.