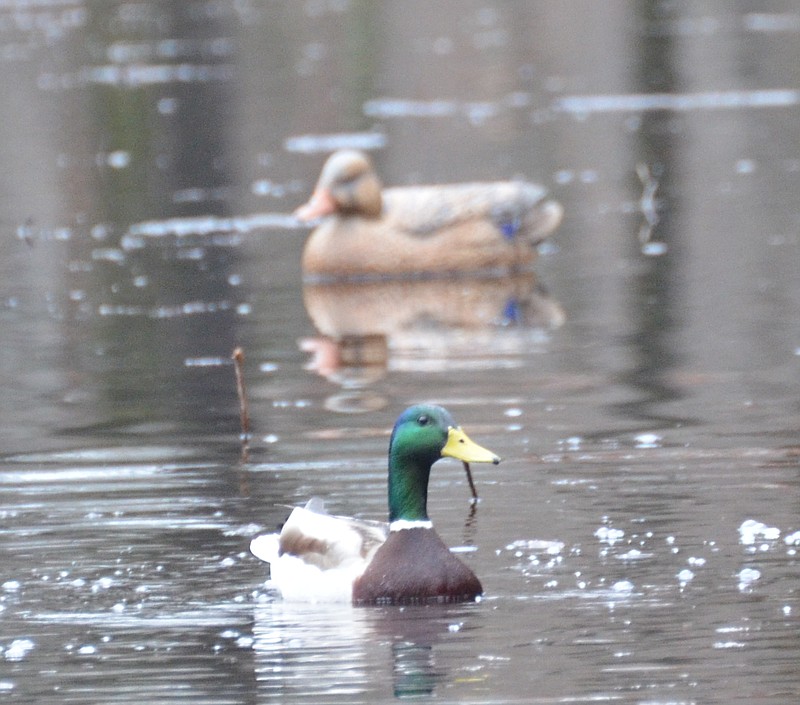 A mallard drake sitting among the decoys cautiously eyes his inanimate neighbors. (Special to The Commercial/Richard Ledbetter)

It's that time again when hunters spread their decoys in flooded fields and climb into brushed-out blinds in hopes of luring illusive waterfowl within shotgun range.

Luke Naylor, chief waterfowl biologist with the Arkansas Game and Fish Commission, shared his take on this year's hunt.

"It's bad dry," Naylor said. "Typically, these are some of the driest months of the year, but this season it's particularly so. As a result, there's not much flooded habitat for birds to utilize. As a result, folks who have added water to the landscape are seeing a lot of ducks in those areas."

He further stated how there needs to be a wide circulation of wet habitat to really draw in and hold ducks in the state.

"We expect to see some good early hunts in fields that have been pumped up until hunting pressure causes those birds to push on somewhere else," Naylor said.

Regarding one of Southeast Arkansas' most popular wildlife management areas, Naylor explained how, in an effort to improve flooded woodland habitat, the AGFC will only raise Bayou Meto water levels to a mean sea level of 179 feet this season.

In the next two seasons, that level will be even lower at 178.6 for 2022-2023 and only 178 in 2023-2024. This should not greatly affect flooded timber hunting this season but will leave a significant area of acreage unflooded over the next two seasons.

"We have real time USGS (United States Geological Survey) gauges on all water control structures, so hunters can log into rivergages.com and watch exactly what's going on. But there is basically no water there at this time. Even though forecasts at this point don't look promising, everybody hopes that by mid-December some significant rainfall to put surface water on the landscape and provide run-off to fill the WMA's will arrive. We need three to four inches over consecutive days to bring things up to peak levels," Naylor said.

An annual practice of the AGFC is the distribution of hunter surveys in which technicians interview waterfowlers as they exit the woods at certain WMA's. In a change from previous seasons, AGFC is placing their techs at a different set of wildlife management areas for 2021-22. Hunters will be greeted in the parking lot at Ed Gordon, Cypress Bayou, Raft Creek and Frog Bayou. Hunters are approached with one goal in mind: Quizzing them about that day's experience in the woods.

Naylor explained the purpose of the query.

"The series of questions is designed to assess the overall daily hunting satisfaction of hunters," he said. "A few additional questions address what factors might positively impact or detract from the experience. We ask things like what did you think of the water level in the woods, did you feel overcrowded by the number of hunters around and how many birds did you harvest?"

"We also ask age of hunter, number of years hunting WMA's, how many days they hunt public lands per year and zip code among other things," Naylor said. "Their answers to these questions help us evaluate hunters' experience level compared to how they feel about our current management practices. We're looking for how long-term hunter views differ from relatively new ones. We may also figure out patterns of what really drives satisfaction."

Naylor addressed the forecast for duck harvests in Arkansas this winter.

"The overall breeding population of ducks is pretty good and has been now for several years in a row. But extraordinarily dry conditions in the northern nesting grounds have affected the hatch, so we expect to see fewer juvenile birds," he said.

He explained that this condition could make working ducks more difficult because older birds have seen it all before, so they respond quickly to hunting pressure, making them more call-shy and altering their patterns dramatically.

"We just hope everyone has a safe and enjoyable experience taking part in one of our state's greatest resources for now and years to come," he said. 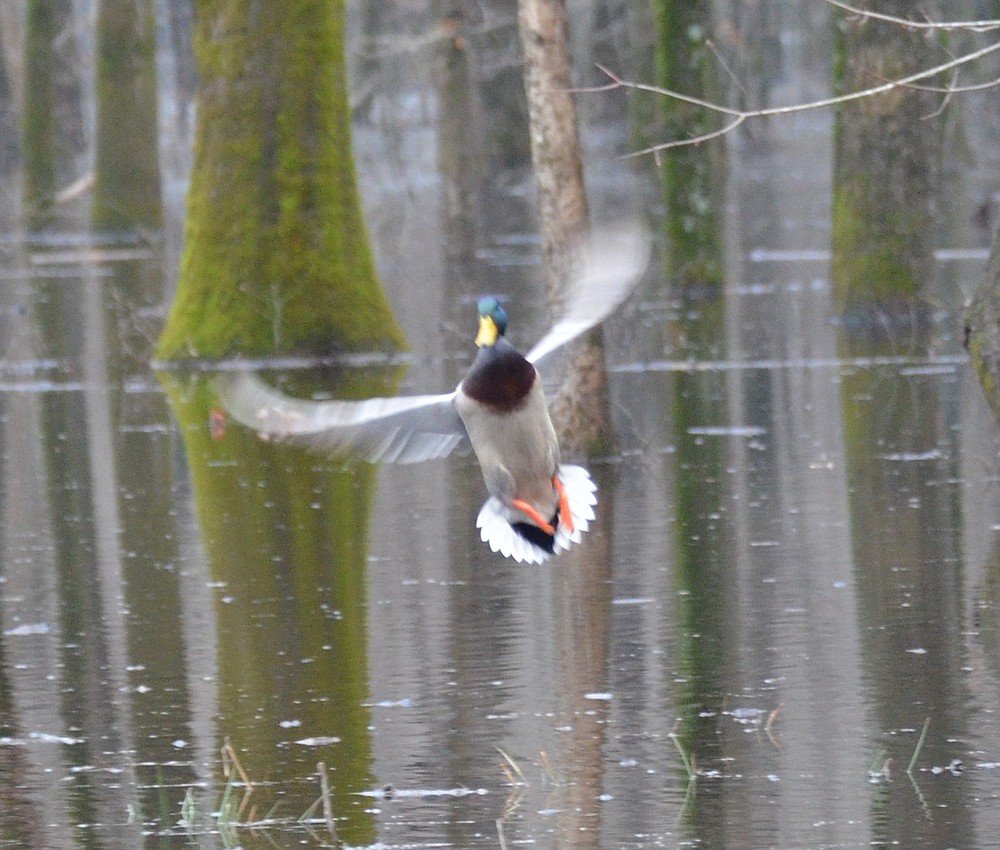 Coming in for a landing, a mature greenhead obliges the caller. (Special to The Commercial/Richard Ledbetter)
ADVERTISEMENT