OPINION | ON BOOKS: A great American novel about an ordinary man 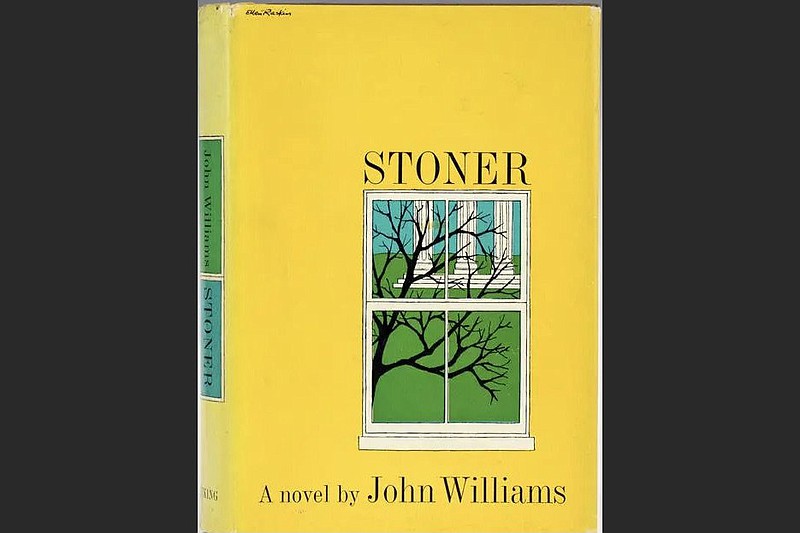 In the 1960s my uncle kept a large library, housed in a room he called "his library," facts that seemed both marvelous and exotic to me as a boy. When I visited him in the summers, he would encourage me to browse his shelves and to read whatever I liked. He gave little guidance and forbade nothing, not even the "Kama Sutra" or "In Cold Blood," though both so confused and terrified me I finished neither.

Nor did I finish — or start — a book called "Stoner" then, though I remember its butter-yellow dust jacket with a drawing of a window, through which could be glimpsed three columns partially obscured behind the branches of a tree. For some reason this image stayed with me, and when I encountered an identical first edition in a New Orleans used bookstore when I was in college, I bought it for $3.

I acquired it more as a nostalgic talisman; it went unread for some time. But eventually I opened it and read the opening paragraphs:

"William Stoner entered the University of Missouri in the year 1910, at the age of 19. Eight years later, during the height of World War I, he received his doctor of philosophy degree and accepted an instructorship at the same university, where he taught until his death in 1956. He did not rise above the rank of assistant professor, and few students remembered him with any sharpness after they had taken his courses ...

"An occasional student who comes across the name may wonder idly who William Stoner was, but he seldom pursues his curiosity beyond a casual question. Stoner's colleagues, who held him in no particular esteem when he was alive, speak of him rarely now; to the older ones, his name is a reminder of the end that awaits them all, and to the younger ones it is merely a sound which evokes no sense of the past and no identity with which they can associate themselves or their careers."

Those paragraphs are an accurate summing up of the life of the protagonist, a quiet and unremarkable man who lives an unremarkable life. Stoner is born in rural poverty to young parents trying to make a go of farming in central Missouri. At the behest of the county agent, they send their only boy off to college to study agriculture.

He arrives at the university a bumpkin in black broadcloth, and numbly fumbles through his first year, paying for his tuition and keep by working on a nearby farm belonging to relatives. Then a chance remark by his English professor Archer Sloan incites in Stoner a certain inarticulate yearning. The young man falls in love with intellectual pursuit, with learning. So he doesn't go back to work the farm, but stays on at school.

He's there through the First World War, though his classmates do their patriotic chore. One of them, a dark, intelligent and mysterious boy with whom he might have developed a genuine friendship, does not comes back. Another, Gordon Finch, who seems to have scant gifts aside from a ruddy sociability, goes on to become one of the university's leading lights and Stoner's lifelong friend.

Stoner marries a high-strung woman from a St. Louis family with pretensions and a little money. Edith is mercurial and materialistic and deaf to Stoner's muse. She demands a house they cannot afford, causing Stoner to borrow from her father, a banker who kills himself when the stock market crashes in 1929 and believes his family and bank to be ruined. They have a daughter, Grace, who brings Stoner joy.

But out of jealousy, Edith wages a campaign to alienate father and daughter and eventually succeeds; Stoner all but moves out of the house, doing research in his college offices. He watches as his classes are decimated by World War II. When his mentor Sloan dies, he is shaken by the university's indifference. And when Stoner refuses to pass a student he regards as insolent and lazy, he makes a bitter enemy of his department head, who relegates him to teaching freshman composition and would have fired him had Finch, now the academic dean, not intervened.

Middle-aged and lonely, Stoner suddenly finds himself embroiled in a passionate affair with a student, Katherine, who is nearly as mad for literature as he is. For a season, the pall lifts and Stoner realizes a full measure of the life that has been denied him. Even Edith gives her tacit approval.

It can't last. And Stoner emerges from the ashes stoic, determined to face the rest of his life as his parents did, taking things as they come and doing what he must. Stoner is a hero because he is a man who does what he needs to do, a man who persists.

"Stoner" is a remarkable book, a hymn to work and the small lives most of us necessarily lead. It was written by John Williams, who died in Fayetteville in 1994 and won the National Book Award for his 1972 novel "Augustus," an epistolary novel about the Roman emperor.

While "Stoner" has something of the feel of a semi-autobiography, Williams' life story has only a few points of congruence with his character's. Williams' grandparents were Texas farmers, his parents were poor, and he attended and taught at the University of Missouri, which he attended on the GI Bill.

He served in World War II, surviving a plane crash that killed five of his colleagues. He developed a dependence on alcohol, his widow Nancy Gardner Williams told Paris Review a few years ago. But he was an integrated man, she said, "all of a piece. He was all one. He wasn't contradictory or contradicted about himself ... He was a good man, good, good." 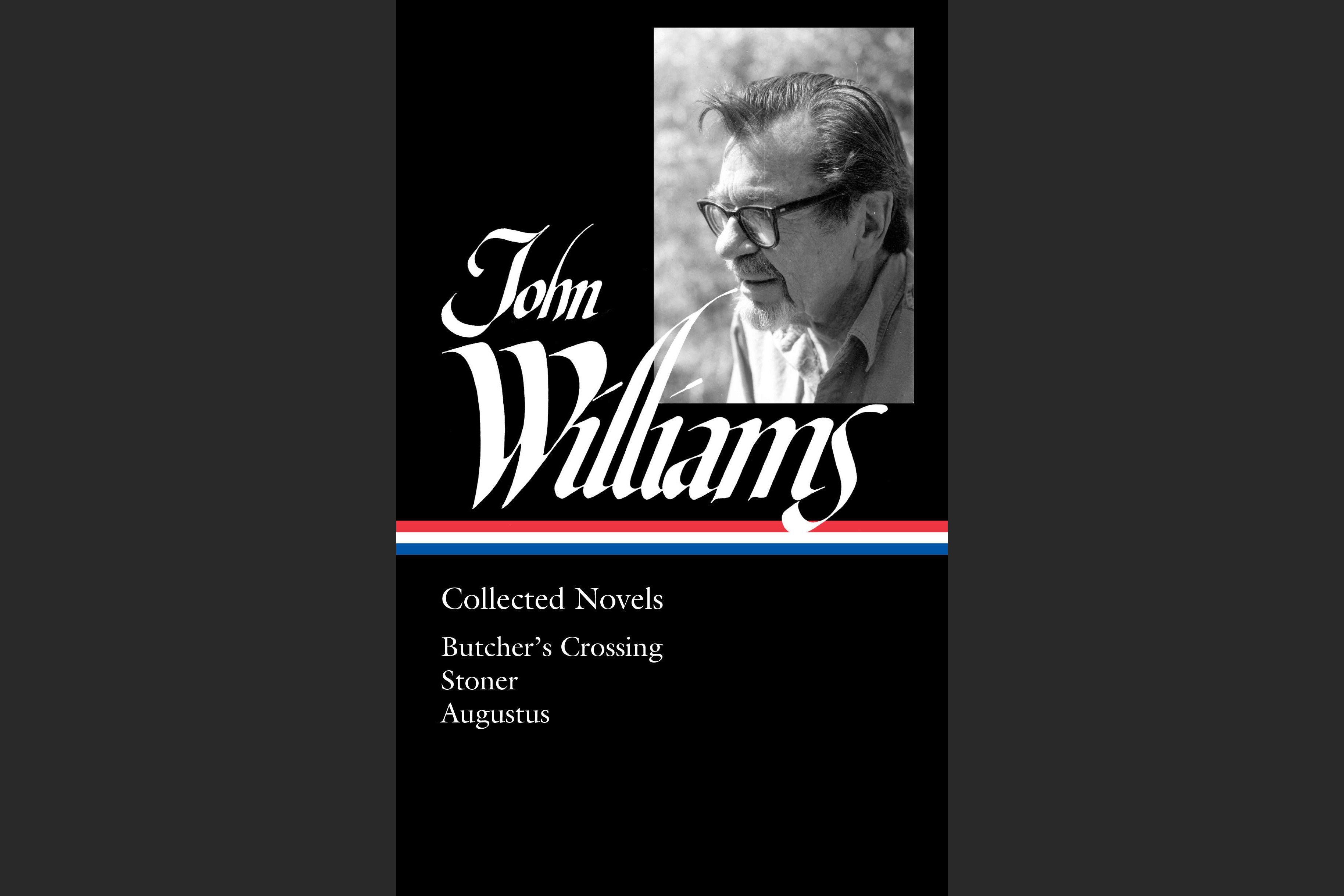 The University of Arkansas Press reprinted "Stoner" in 1988; I had a copy of that edition too. I think I gave it away. And somehow I lost the other copy — too many moves, too many boxes. I checked the internet to see what it would cost to replace it. I found a signed first edition for $6,500; unsigned in good condition for $1,850.

A better option for most of us might be the Library of America's recently published volume "John Williams: Collected Novels" ($40), which collects "Augustus" and 1960's "Butcher's Crossing" as well as "Stoner."

It wasn't until recently that I realized it is one of those novels that is famous for being underappreciated. Eight years ago the New Yorker ran a story about it under the headline "The Greatest American Novel You've Never Heard Of."

It's probably not that. Because more people have heard of it than, say, T.R. Pearson's "Off for the Sweet Hereafter," Morris Philipson's "A Man in Charge" or Donald Harington's "The Choiring of the Trees."

There are many great novels we haven't heard of, but we have heard of "Stoner." It is well known enough to have critics who find Williams' depictions of Stoner's antagonists — Edith, the insolent student, the peevish department head — problematic. (The latter two are physically disfigured, which does seem a bit 19th-century Roger Chillingsworth-ish.)

Again, it is a hymn to work, to carrying on, told in precise, straightforward language, like Hemingway but without the self-regarding bravado. It's a great American novel.