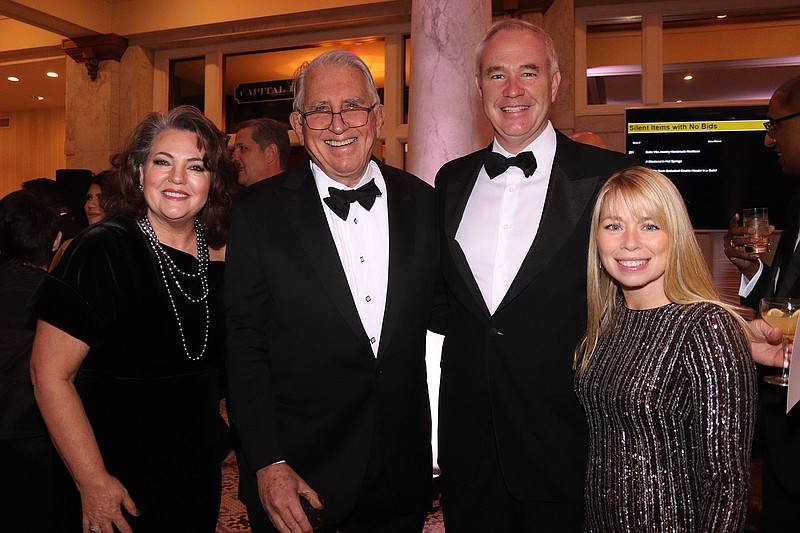 Opus XXXVII, honoring the life and music of Florence Price, was as described -- "an evening of music, dining, dancing and an auction of one-of-a-kind items," designed to support the symphony's music education programs for children.

Event chairs Maureen and Rick Adkins were among those greeting incoming guests, who enjoyed passed hors d'oeuvres and libations during cocktail hour. The night's program began with music by Price, performed by Nisheedah Golden. Anne Broadwater and Craig O'Neill, friends of the symphony, steered the program, which also included remarks by Little Rock Mayor Frank Scott; a live auction; a giveaway of LAGOS jewelry donated by Sissy's Log Cabin; and the presentation of the Karen and John Flake Arkansas Symphony Youth Orchestra Outstanding Member Scholarship Award to Ann Gao.

The evening was backdropped with further nods to, and additional music by, Price, a Little Rock native who in 1933 became the first Black female composer to have her work performed by a major national symphony orchestra.

By Tuesday, the symphony had raised $460,196 for music education, including the largest amount ever given to the Simmons Bank Education Challenge in support of music education programming for Arkansas -- $92,775.