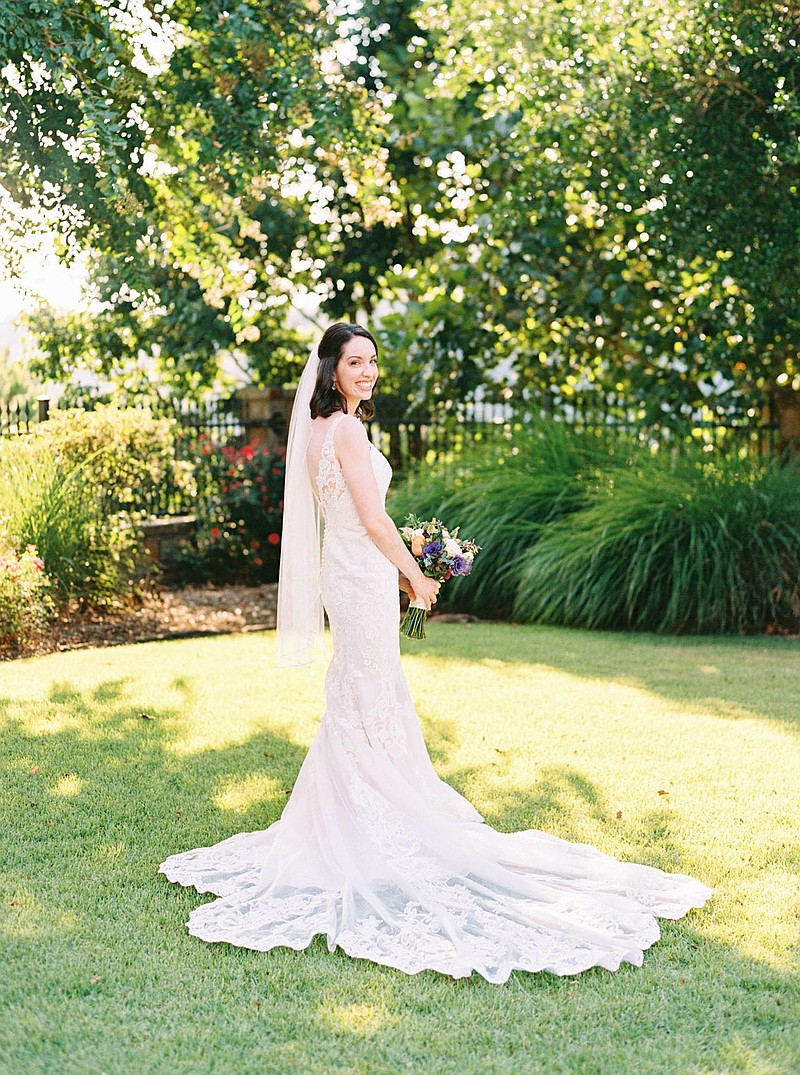 Parents of the bride are Kay and Ben Combs of Little Rock. She is the granddaughter of the late Ina and William Grady Combs, the late N.F. Parkinson and the late Evelyn and C.B. "Mike" Danner.

The groom is the son of Karen Kingsley and Jim Hove of St. Paul, Minn. He is the grandson of Linda and J.B. Hove and the late Jane and Rupert Kingsley.

The chancel was decorated with arrangements of plum colored wedding flowers. Music was by organist Adam Savacool and a choral quartet with Melanie Hanna, Janette Robinson, Ethan Ezell and Jon Stevenson.

The bride was escorted down the aisle to her father by her twin brother, Christopher Combs. She wore a gown of English net and royal organza embellished with hand-beaded Alencon lace. The fitted bodice had a princess waistline and sheer straps. The slim trumpet skirt extended to a semi cathedral-length train edged with beaded Alencon lace. Her ivory tulle veil was secured with a comb edged in pearls and crystals. She carried a bouquet of white hydrangeas, light pink and ivory roses, plum calla lilies and purple wax flower.

Serving as the bride's honor attendant was Trevor Trietsch of Little Rock. Bridesmaids were Liz Beadle of Washington; Melissa Drennan of Benton, sister of the bride; Mimi Gowen of Little Rock; Haley Hudson of Fayetteville; and Callie Wilson of Bigelow. They wore plum colored gowns in various styles and carried a smaller version of the bridal bouquet.

Best man was Mike Smith of St. Paul. Serving as groomsmen were Sean Henderson of Brooklyn Park, Minn.; James Hove, brother of the groom, and Alex Warden, both of Minneapolis; Marko Kushnir of Coon Rapids, Minn.; and Nick Vangen-Weeks of Rome. Guests were seated by Dejon Bonner of Brooklyn Park and Tommy Christie of Denver.

A reception was held at Pleasant Valley Country Club. Guest tables were centered with a mix of white hydrangeas, light pink and ivory roses, purple wax flower and plum chrysanthemums. The fireplace mantel was decorated with a garland of wedding flowers. Music was by Diamond Empire Band.

The groom has a bachelor's degree in psychology from the University of Minnesota at Duluth and is a software engineer.

After a honeymoon in the Ozark Mountains, the couple will live in St. Paul.