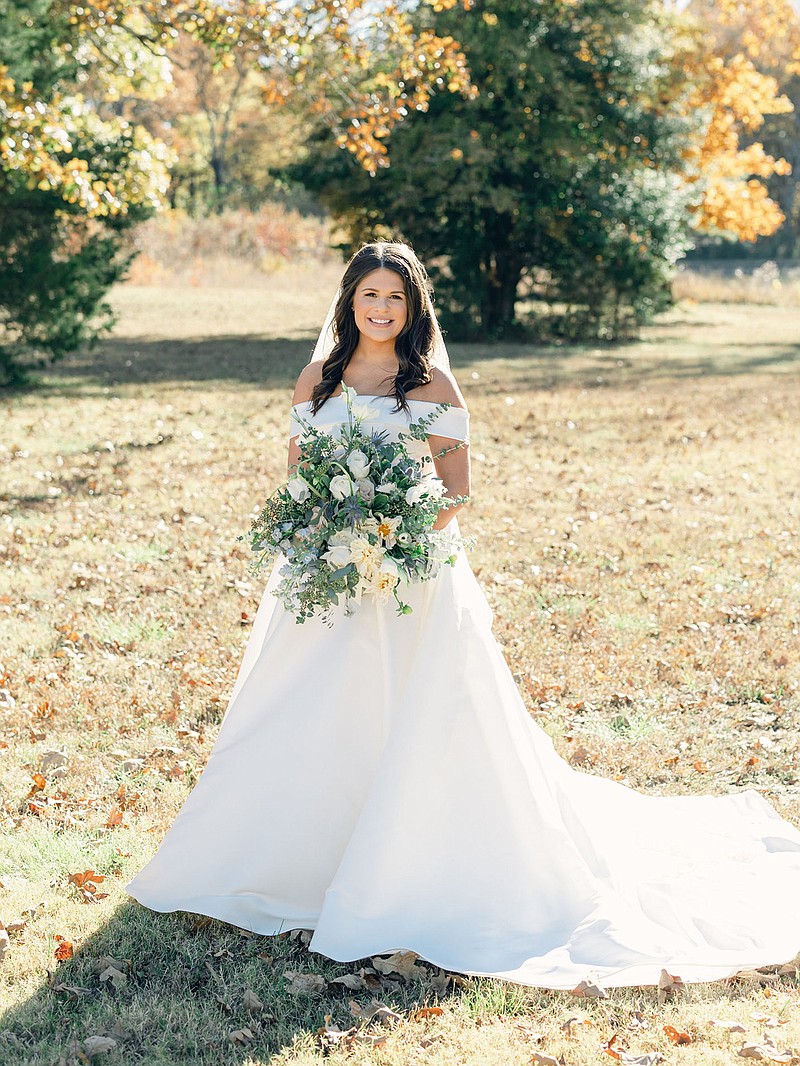 The Grandeur House was the setting at 5 p.m. Saturday, Nov. 13, for the marriage of Marjorie Blair Grundfest and Adam William Orlansky. Rabbi Barry Block of Temple B'nai Israel officiated.

The ceremony chuppah was created from clear columns topped with fabric and wedding flowers that draped to the floor. Cantorial soloist was Happie Hoffman of Memphis.

Escorted by her parents, the bride wore a pearl Mikado gown with a banded off-the-shoulder neckline. The full box-pleated skirt extended to a sweep train. She wore a cathedral-length veil that belonged to her paternal great-grandmother, Maurine Frauenthal Grundfest, who bought the lace in Belgium in 1926. Her hand-gathered bouquet was filled with white garden roses, anemones, delphinium, cafe au lait dahlias and dusty miller.

A reception, also at Grandeur House, followed the ceremony. Tables lighted with candles held a variety of arrangements including wedding flower garlands in silver ribbon vases. The head table was decorated with an elevated bridge arrangement of wedding flowers. Music was by The Manhattan Band of Dallas.

The groom is also a graduate of UT with a bachelor's degree in kinesiology and health sport management program. He is a franchise development consultant at RE/MAX.

The couple will live in Denver after a honeymoon in Oyster Bay, Jamaica.