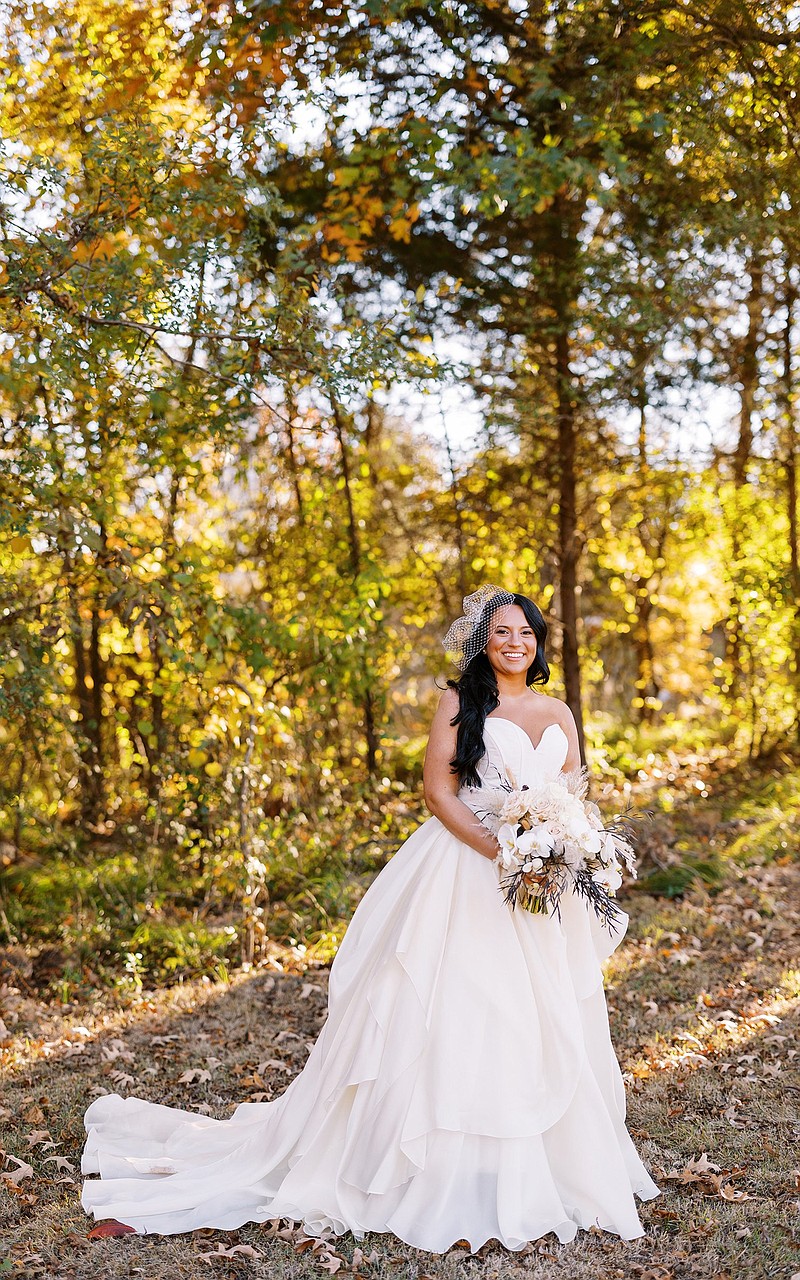 The bride, escorted by her parents, wore a custom organza dress and a birdcage veil of ivory lace. She carried a bouquet of champagne, blush, deep burgundy and emerald dried and fresh flowers held together by a chiffon ribbon.

Bailey Ewald of New Braunfels and Allison Yonker of Austin, Texas served as maids of honor. Also attending the bride were Allison Porter of Dallas, Kimberly Lancaster of Calico Rock, Samuel Weston of Houston and Michael Yonker of New Braunfels, brother of the bride.

Best man was Blake Givens of Little Rock. Attending the groom were Sterling Elmore of Lonoke, Syndey Alexander of Miami, Nicole ElMurr of Austin and Sarah Lee of Atlanta.

Guests were seated by Sarah McLelland of North Little Rock, sister of the groom. Harper Bilson of Little Rock was ring bearer.

A reception was held at the front of the home with the front door and balconies decorated with cascades of wedding flowers. Tables held low arrangements of blush, champagne and taupe flowers. Other guest tables held tall gold stands with asymmetrical arrangements along with a mix of candles.

The bride is a graduate of Texas Tech University Health Sciences Center with a bachelor's degree in nursing with distinction in pediatric emergency medicine. She is a pediatric nurse for Arkansas Children's Hospital.

The couple will live in Little Rock after a honeymoon in Punta Cana, Dominican Republic.