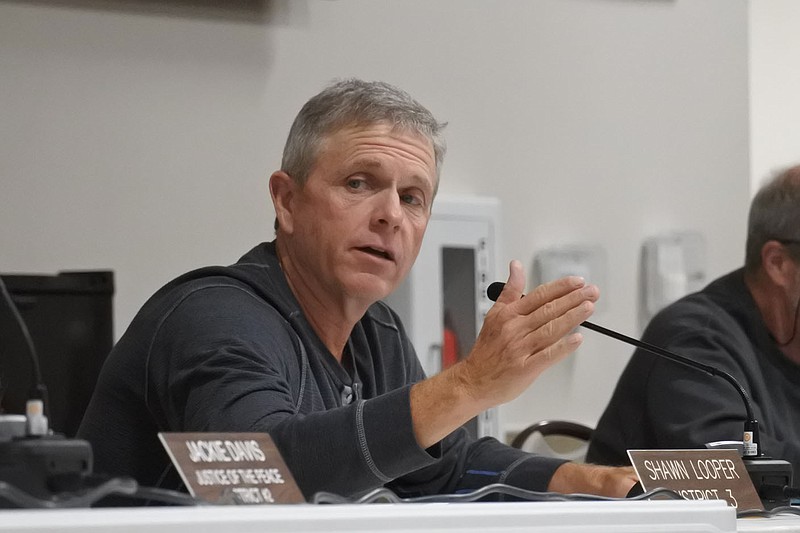 This plan provides salary increases for county employees next year, including an additional $1,500 yearly for 68 deputy positions at the Sebastian County Jail at a cost of $125,430 from the general fund.

It also entails spending $405,412 to raise all the salaries for the full-time and part-time employees by 50 cents per hour, in addition to $15,718 to raise seasonal part-time and extra help salaries from $11 to $12 per hour. Money from other funds will also pay the increases, which cover elected officials.

Hudson said the county's salary review this year primarily focused on trying to deal with unusual aspects of the current labor market tied to the ongoing covid-19 pandemic. These aspects have created difficulties in hiring people for certain positions, as well as keeping people in those positions.

He also noted this isn't the county's normal approach to annual salaries. The county has a survey done every other year in which its salary minimums are compared to those in the market and adjusted accordingly. The salary survey was last done in 2020 and will happen again in 2022.

The jail in particular is having issues regarding vacancies and employee turnover, according to Hudson.

Sheriff Hobe Runion said he approached the Quorum Court earlier this year about the need to do something about staffing and retention problems.

"I had a person literally come to me that we hired, and he was quitting very quickly," Runion said. "And I said, 'Why are you leaving,' and he said, 'I can make more money by going back to the drive-through at a fast food restaurant,' which might be true or might not, but the difference wasn't enough that it mattered to him."

The motion to approve the additional $1,500 for the jail employees was originally made by Lorrie Runion, justice of the peace for District 13 and Runion's wife, during the Quorum Court's meeting Sept. 21, according to the meeting minutes. The motion passed unanimously.

Runion said the 68 positions at the jail to receive the $1,500 pay raises include 58 detention deputies, six corporals and four sergeants, which excludes administrators at the jail. These 68 positions will also get the 50 cents an hour salary increase.

The jail was down 15 or 16 positions when he went to the Quorum Court, Runion said. However, the Sheriff's Office has been able to sell these positions and retain employees on the basis of these increased salaries since the Quorum Court agreed to them, leading to only six vacancies as of Thursday.

"So I think it's paying dividends already, I really do," he said.

The Sheriff's Office also will get $199,205 from the county general fund to add four, full-time patrol deputy positions to its ranks, according to the budget plan. However, justices of the peace deferred spending $162,057 to buy four vehicles to accommodate the deputies.

The sheriff requested the four positions during the Quorum Court's meeting Aug. 17, arguing his department was "woefully understaffed" with the 18 patrol deputy positions it has had since 2006.

Sebastian County will have 403 full-time employees and 115 part-time and extra help employees for 2022.