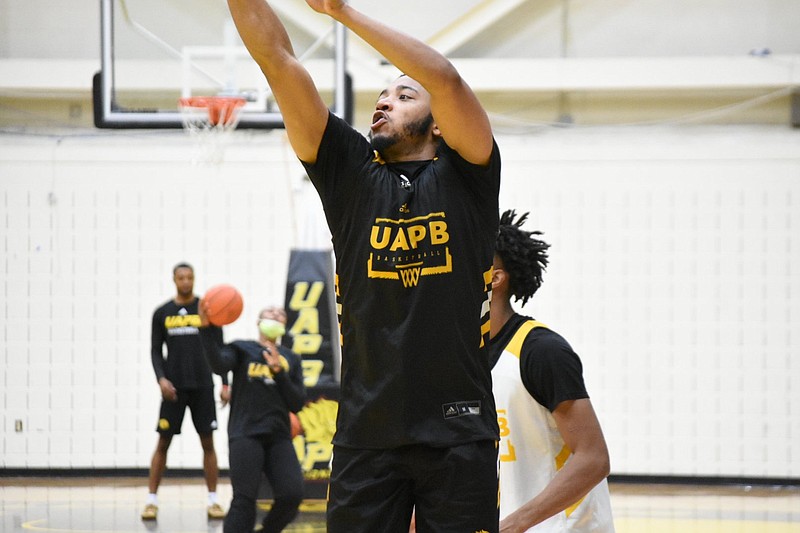 PORTLAND, Ore. -- Despite a 31-point performance by Shawn Williams, the University of Arkansas at Pine Bluff could not slow down the University of Portland's balanced scoring attack, and the Pilots defended their home court at the Chiles Center late Thursday with an 86-74 victory.

The game was the fourth of a seven-game Western swing to start the season for first-year Coach Solomon Bozeman and the Golden Lions (0-4).

Brandon Brown had 15 points and 11 rebounds, shooting 6 of 11, and Kshun Stokes netted 8 points for UAPB.

But foul trouble against the Lions allowed the Pilots to rattle off 11 straight points and expand the margin to 45-35, the score at halftime. Although they trailed, the Lions still made 13 of 26 from the floor.

Five Portland players scored in double figures: Moses Wood with 21 points and 8 rebounds; Chika Nduka with 15 points off the bench; and Tyler Robertson (9 rebounds and 6 assists), Mike Meadows and Vasilije Vucinic with 10 points each.

Next for UAPB is a game at Seattle University at 9 p.m. Central (7 p.m. Pacific) on Monday. The game can be streamed on ESPN+ and heard on kxsu.org, the Seattle U. radio station's website.

Seattle is 3-1 after defeating Morgan State University 93-80 on Thursday. The Redhawks, who started the season with a buzzer-beating win over Alcorn State University, are playing under interim Coach Chris Victor, after Jim Hayford resigned amid reported allegations of repeating a racial slur.