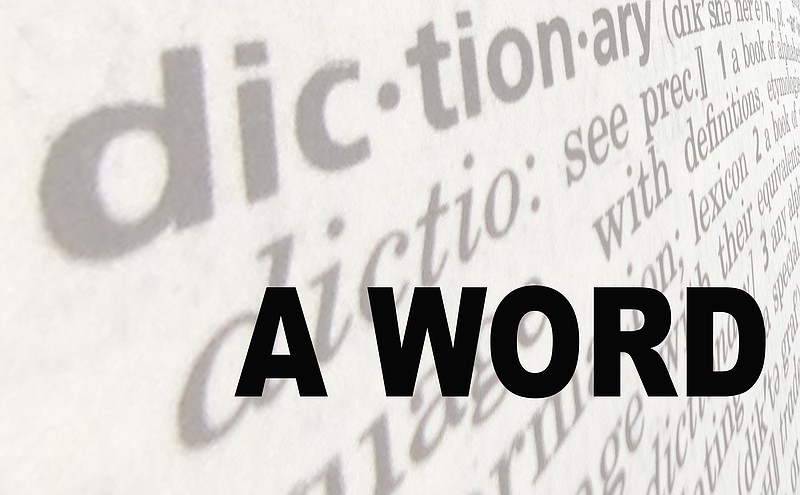 While Bob's away, A Word will play.

Our wordplay column is unusually long today because Bob Goldman’s Work Daze is taking the week off and there is space to fill on Page 2D. This means we have room for an elaborate explanation of our next word game.

But first, the results of the "dread of winter driving" ballot. Readers nominated 12 made-up nouns, and we asked you to pick your favorite.

Of 31 readers who voted online and via email, nine selected "skiditis," and so skiditis henceforth and forever after shall mean dread of winter driving. Credit the coinage to reader Nancy Conley.

With eight votes, "trepskidation" came in such a close second that I think we should allow it as a synonym for skiditis. Hats off to Song Fox, who (full disclosure) is my niece.

Fox also contributes an idea for our next game, which we shall call Penelope's Revenge. It is a homograph invention game, with hyphens.

Homographs are words spelled identically but having different meanings. Sometimes they are pronounced differently as well. This game will be one of those times.

Think of "minute," the unit of time, and "minute," meaning small (MIN-it vs. mine-UTE).

To play, create a homograph by moving the main emphasis of a word to a different syllable. Then assign a definition to your new word. Use hyphens to set off the key syllable in that new word.

For example, Fox mutilated the word "stabilization." Make it stab-ilization, she says, and you have a word that might mean:

◼️ The realization that someone wants to stab you.

◼️ The realization that you want to stab someone.

◼️ The realization that you have been stabbed.

The name of the game honors all of us who encountered the word Penelope in writing for the first time while standing beside our desks and reading aloud, in school. We said "PEEN-alope" and a room full of third-graders howled.