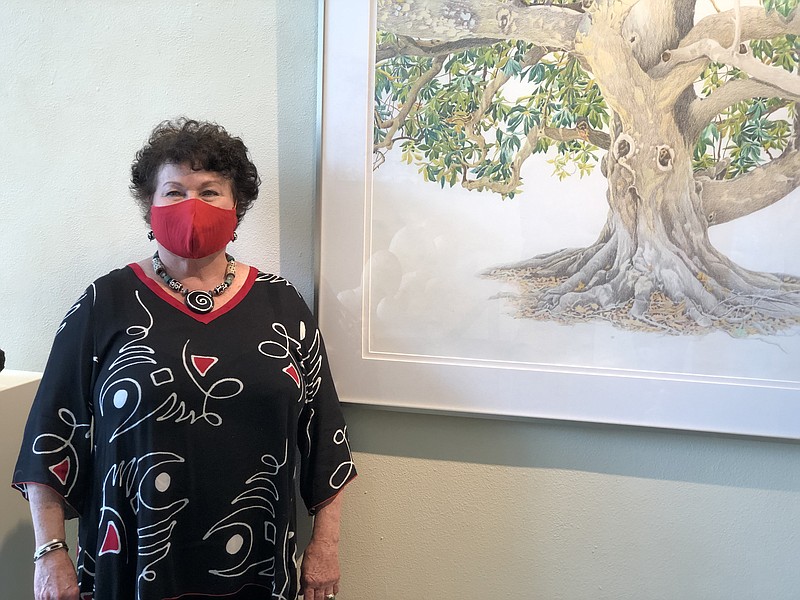 Hot Springs artist Linda Williams Palmer, whose most notable project is the documentation with colored pencil on paper of Arkansas’ Champion Trees, will receive the Lifetime Achievement Award among the 2022 Governor’s Arts Awards in March.

The Arkansas Arts Council announced the 2022 recipients on Monday.

The rest of the honorees:

• Arts in Education Award: Timothy Crist, professor of music theory and composition at Arkansas State University. His work in establishing guitar programs in Arkansas public schools has been recognized by the Guitar Foundation of America as one of the only of its kind in Arkansas.

• Patron Award: Sharon Heflin of Little Rock, who has served on the boards of the Arkansas Symphony Orchestra, Argenta Community Theater and the Thea Foundation and is a founding board member of the Acansa Arts Festival.

The annual awards program has since 1991 recognized individuals and businesses for  outstanding contributions to the arts in Arkansas. Nominations come from the public; an independent panel of arts professionals selects the winners. The recipients will be honored at a ceremony in March 2022.