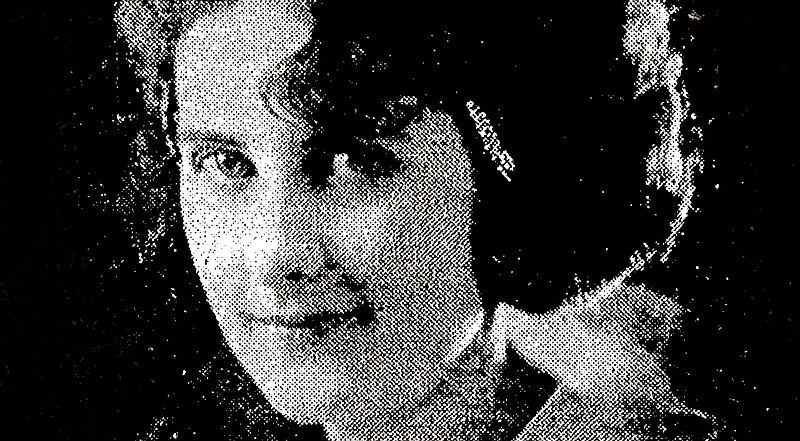 Time to check back in with Edith Mae Patterson, Pine Bluff schoolteacher who, as we discussed Oct. 25, was startled 100 years ago to find herself declared the most beautiful woman in 46 states by a contest she did not enter.

And then, in early November 1921, after the 19-year-old traveled to Missouri to meet the judges of the St. Louis Globe-Democrat's contest, she became — surprise! — the most beautiful woman in America. The first "Miss America" contest was in development at the time, and although she didn't participate in it, people called her Miss America.

Her win came with money, frocks, gowns, furs, jewelry, receptions, a newsreel and a whirlwind speaking tour to promote all kinds of products. Later she would get involved with acting and movies, but right away, she christened a hydroelectric dam at Judsonia.

She was praised as "level-headed" by an Arkansas Democrat editorial for returning to Lakeside Grammar School to teach first grade. But her adventures had only just begun.

Friend Reader will recall that a delegation of citizens (read: friends of an oilman) from the Monticello Chamber of Commerce begged her to preside over an oil well spudding-in. They offered her a free lease on 40 acres near the well.

"Spudding in" means starting to drill. First, the hole-makers make a hole at the surface, and then a great big drill with a great big bit goes into that hole. Someone pulls a lever to start the drill, and the bit bores into the earth, down, down, down.

Edith declined at first because she already had commitments that week; but the delegation delayed their date, and so she agreed.

Miss Patterson was the guest of Monticello. She was invited to visit the city by the local Chamber of Commerce. Invitations to the mayors, commercial organizations and principals of high schools in this section brought many acceptances.

A special delegation went to Pine Bluff to escort Miss Patterson here. Outside the city her car was met by another, which contained six maids of honor, including Misses Charlotte Daniels, Virginia Siemons, Velma White, Orlean Maloney, Louise Dickey and Florence Garrison. Miss Patterson was transferred to their car and accompanied her maids of honor to North Main Street, where a floral arch had been erected by a committee of women.

The arch was 12 feet wide and 10 ½ feet high. Roses, chrysanthemums and autumn decorations made it a thing of beauty.

Standing in the center of the arch, each holding a streamer of roses extending from each side of the arch, were six little girls dressed in white, Gladys Harris, June Shewmaker, Helen Harper, Martha Halliburton, Mary Ellenor Caster and Elizabeth Davis.

As Miss Patterson and her maids of honor reached the arch, the little ones bowed gracefully and drawing aside their streamers of roses, invited her to enter the city. Mayor and Mrs. Bryan Harris and Mmes. J.J. Alexander, John White, J.T. Chafin, G.B. Colvin, Arthur Wells, Lamar Williamson, Jack Curry and officers of the Chamber of Commerce met Miss Patterson inside the gates of the arch, and Mayor Harris presented the city's guest with the "key" to the city. On it was inscribed the date of Miss Patterson's visit.

Lined up on each side of the arch and extending down Main Street were the schoolchildren. Each had an American flag and flower. Their presence was a tribute to Miss Patterson as a schoolteacher. The Reception Committee entered automobiles and escorted Miss Patterson and her maids of honor to the courthouse square, where on a decorated platform, she was officially presented to Monticello and its guests. The great crowd gave her a rousing welcome.

The schoolchildren marched past the platform on which Miss Patterson and her maids of honor were seated, and as each child passed he or she threw to the guest of honor a flower.

Little Minnie May Moffat [I am not making this up], daughter of Mr. and Mrs. W.A. Moffat, winner for two successive years of the sweepstakes in the baby show at the Southeast Arkansas Fair, presented Miss Patterson with a large bouquet of roses. This feature came at the conclusion of "Oh, You Beautiful Doll," played by the Monticello band.

Mayor Bryan Harris was introduced by Walter M. Ebel, acting secretary of the Chamber of Commerce. The mayor welcomed Miss Patterson to Monticello.

Miss Patterson was equal to the occasion. Thoroughly composed, her face radiating the pleasure she felt, she stepped briskly forward and in a voice that could be plainly heard, replied to Mayor Harris' address of welcome.

Following Miss Patterson's address the Monticello band played "The Nation's Beauty," a special march composed in honor of the prize-winning beauty and dedicated to her. It was written by Perry Hankins, member of the band.

At 2 o'clock a committee of officials of the city, Chamber of Commerce and Saline County Oil and Gas Company called for Miss Patterson and took her to the site of the Dun-Mar oil test, 5 miles southwest of Monticello. More than 2,000 persons had gathered around the derrick.

Miss Patterson was welcomed by A.W. Duncan of the Dun-Mar Company and escorted on the platform. The derrick was decorated with flags and bunting. At the signal, Miss Patterson seized the lever that started the rotary drill into the earth, saying: "I hereby christen this test [of] the Dun-Mar well and may it realize the hopes of its promoters and bring from the earth its treasure of oil."

A banquet was tendered Miss Patterson tonight at the Allen hotel. Covers were laid for 100 guests. Dining with her were officials of the city, members of the leading organization and the club women of Monticello. A tribute was also paid to Mrs. Patterson, mother of the guest of honor, who accompanied her daughter.

(This part is me again.) Edith's mother, Julia Patterson, was praying for her the whole time, according to Edith's later descriptions of her beauty queen days. She was excited by the fuss, she told the Gazette in 1932 — at first. Eventually, though, being pretty and pretty famous felt pretty empty. And then her mother's prayers were answered.

But we will talk about that in weeks to come, as more of Edith's adventures surface in the archives.