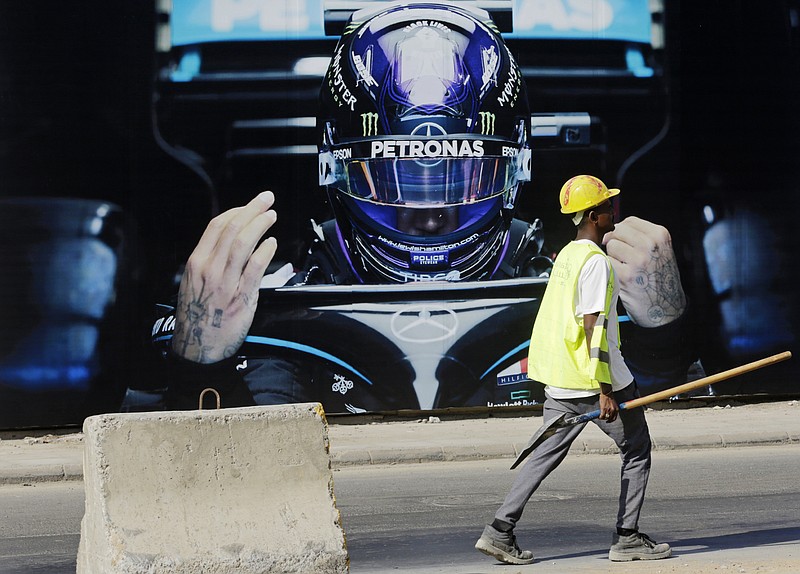 A road crew works on a road outside the Formula One corniche circuit, in Jiddah, Saudi Arabia, Sunday, Nov. 21, 2021. Next month's F1 race will be the first time Saudi Arabia hosts the premier sporting event, though the kingdom has hosted the lesser known Formula-E race in past years in an effort to raise the country's profile as a tourist destination. (AP Photo/Amr Nabil)

• Justin Bieber is facing growing calls to cancel his concert in Saudi Arabia next month as the fiancee of slain Saudi critic Jamal Khashoggi joined a chorus of voices Sunday urging him not to perform at the kingdom's Formula One auto race. In an open letter published by The Washington Post, Hatice Cengiz urged the pop star to cancel his Dec. 5 performance in the Red Sea city of Jiddah to "send a powerful message to the world that your name and talent will not be used to restore the reputation of a regime that kills its critics." Bieber has yet to comment. His concert is the most headline-grabbing performance scheduled for the race; others include rapper A$AP Rocky, DJs David Guetta and Tiesto and singer Jason Derulo. Bieber's appearance is to come shortly before he opens a world tour in February that was rescheduled from 2020 because of the pandemic. In the time since, Saudi Arabia's sovereign wealth fund scooped up shares in Live Nation, the company that owns Ticketmaster and promotes concerts for stars including Bieber. As Live Nation's shares plummeted during lockdowns and the cancellation of thousands of shows, the Saudis bought $500 million worth, and public filings show their wealth fund is now the second-largest institutional holder, with a stake worth $1.4 billion. Human Rights Watch has also called on Bieber and the other performers to pull out, saying the events are aimed at "sportwashing" by diverting attention and deflecting scrutiny from Saudi Arabia's human-rights record.

• Donald Trump is publishing a book of photographs celebrating his time as president, according to his office. Titled "Our Journey Together," the book contains more than 300 photographs and captions said to have been written by Trump. It'll be released Dec. 7 by Winning Team Publishing, an imprint started by Sergio Gor, who worked for Trump's reelection campaign in 2020, and will be available through Amazon, Barnes & Noble and a website called 45books. It's unclear if Trump shopped the book around to traditional publishers, but several industry executives said they hadn't heard about it. "Our Journey Together" -- which is priced at $74.99, or $229.99 for a signed copy -- is not a comprehensive look back on his presidency. Rumors of a more exhaustive memoir by Trump have circulated in recent months, and he's said he turned down offers from two publishers. This summer, in a statement released through his political action committee, Trump said he was "writing like crazy" and promised that "when the time comes, you'll see the book of all books." 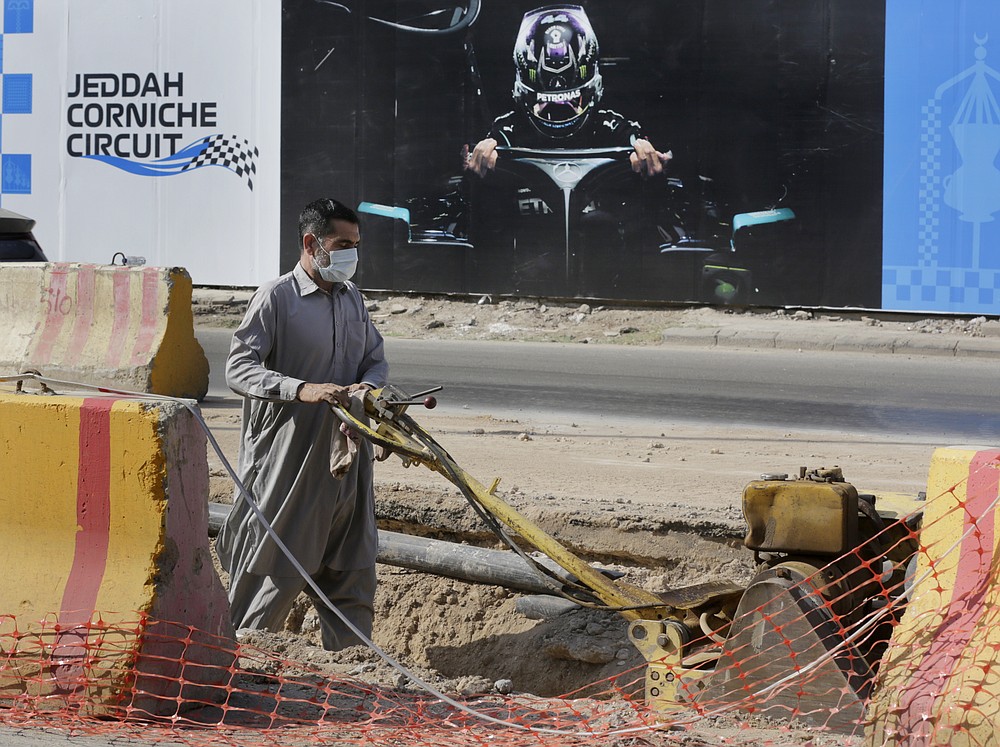 A road crew works on a road outside the Formula One corniche circuit, in Jiddah, Saudi Arabia, Sunday, Nov. 21, 2021. Next month&#x27;s F1 race will be the first time Saudi Arabia hosts the premier sporting event, though the kingdom has hosted the lesser known Formula-E race in past years in an effort to raise the country&#x27;s profile as a tourist destination. (AP Photo/Amr Nabil)
ADVERTISEMENT