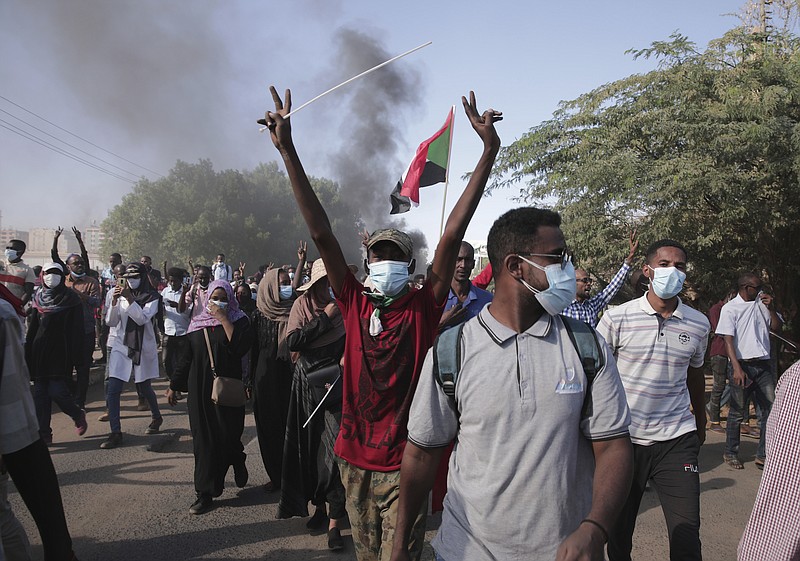 Sudanese protest against the military takeover, which upended the country&#x2019;s fragile transition to democracy, in Khartoum, Sudan, Sunday, Nov. 21, 2021. Sudan&#x2019;s military and civilian leaders signed a deal Sunday to reinstate Prime Minister Abdalla Hamdok, who was deposed in a coup last month. The country&#x2019;s top general, Abdel Fattah Burhan, said in televised statements that Hamdok will lead an independent technocratic Cabinet until elections can be held. (AP Photo/Marwan Ali)

CAIRO -- Sudan's returning prime minister said in an interview that aired Monday that he will have the authority to form his own independent government, according to the agreement he signed Sunday with the country's top generals, who overthrew him in a coup last month.

In comments made to the Al-Jazeera English satellite channel, Abdalla Hamdok said he foresaw the next government focusing on rewriting the country's constitution and holding elections on time.

Sudan's deposed prime minister signed a deal that will see him reinstated, almost a month after a military coup put him under house arrest. The agreement envisions an independent, technocratic Cabinet to be led by Hamdok until elections can be held. It would still remain under military oversight, but Hamdok claimed he will have the power to make government appointments.

"This was a key part of the political agreement we signed," Hamdok said in the interview. "That the prime minister should have the power and the authority to form an independent technocratic government, in complete liberty and without any pressures."

In response to the deal, thousands of Sudanese took to the streets Sunday to denounce what many called a betrayal of the democratic cause by Hamdok, who has been the civilian face of the transitional government since it took power after a 2019 popular uprising deposed longtime autocrat Omar al-Bashir. The country's leading political opposition parties have said they vehemently refuse the deal with the generals.

Hamdok said Sunday that his main goal was to stop the bloodshed of the country's young people. According to Sudanese doctors, at least 41 people have been killed in anti-coup protests.

Sudanese doctors said Monday that security forces have targeted hospitals and blocked injured protesters from treatment since the military seized control of the country.

Security forces have stopped ambulances, entered emergency rooms to arrest patients and fired tear gas in at least two hospitals in Khartoum since the Oct. 25 coup, according to a report from The Unified Office of Sudanese Doctors.

The Sudan Doctors Committee, the group that released the new death toll, said the latest victim was a 16-year-old killed by a gunshot to the head as he was protesting the new power-sharing deal Sunday.

There was no immediate response from the country's military or police, who have both been accused by the United Nations' top human rights body of using excess force against the pro-democracy demonstrations.

But on Monday, the country's second-most-powerful general awarded an extra month's salary to all police force members. General Mohamed Dagalo, the commander of the country's large paramilitary known as the Rapid Support Forces, said the police have "faced great pressures in the past period," according to a report on Sudan's state news agency. 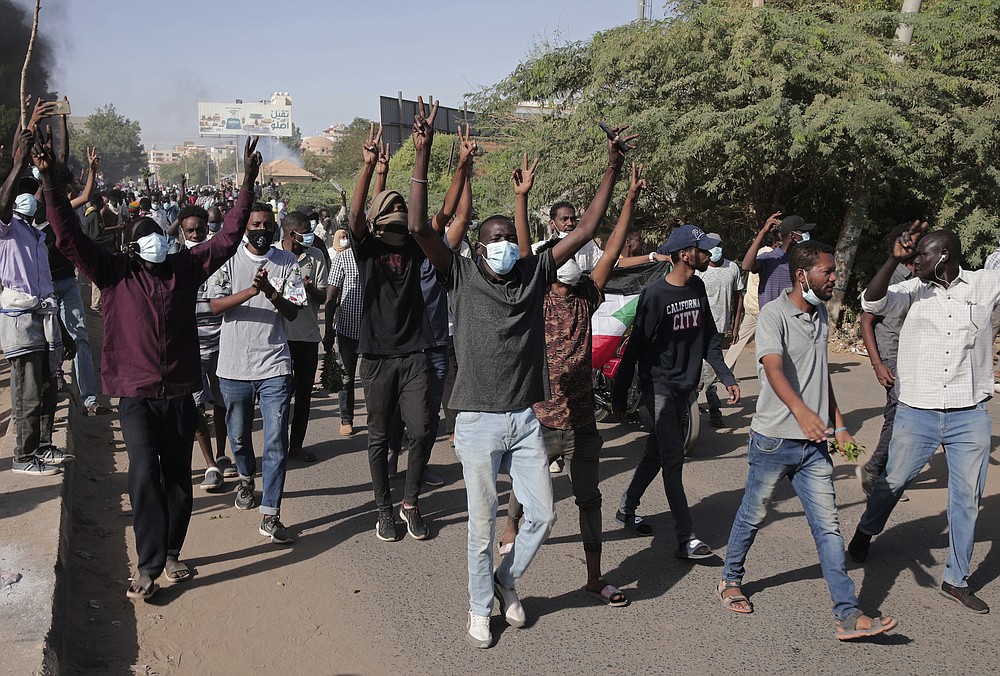 Sudanese protest against the military takeover, which upended the country&amp;#x2019;s fragile transition to democracy, in Khartoum, Sudan, Sunday, Nov. 21, 2021. Sudan&amp;#x2019;s military and civilian leaders signed a deal Sunday to reinstate Prime Minister Abdalla Hamdok, who was deposed in a coup last month. The country&amp;#x2019;s top general, Abdel Fattah Burhan, said in televised statements that Hamdok will lead an independent technocratic Cabinet until elections can be held. (AP Photo/Marwan Ali)