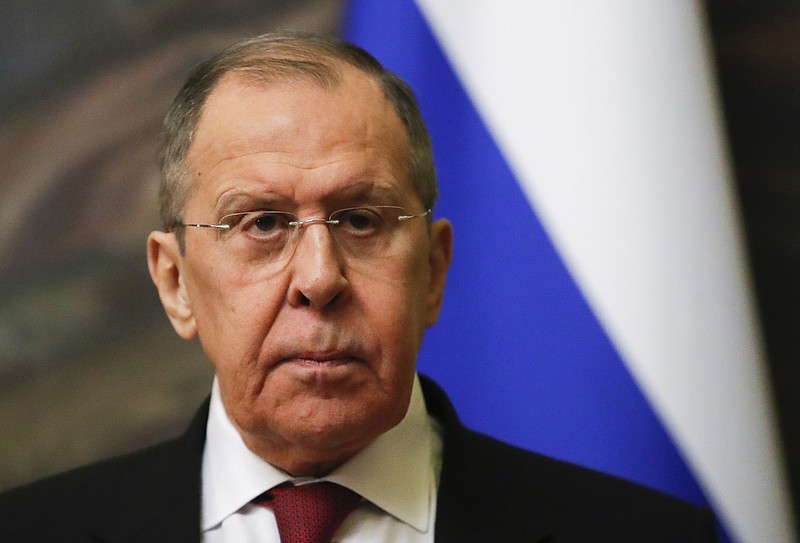 MOSCOW -- The Kremlin on Monday strongly rejected the U.S. claims of a Russian troop buildup near Ukraine, saying it could be a ruse intended to cover up what it described as Ukrainian leadership's aggressive intentions.

Ukraine complained earlier this month that Russia has kept tens of thousands of troops not far from the border after conducting war games in an attempt to further pressure its ex-Soviet neighbor. Russia annexed Ukraine's Crimean Peninsula in 2014 and has supported a separatist insurgency that broke out that year in eastern Ukraine.

Speaking to Ukraine's foreign minister this month, U.S. Secretary of State Antony Blinken noted that Russia's "playbook" was to build up forces near the border and then invade, "claiming falsely that it was provoked."

Kyrylo Budanov, the head of Ukraine's military intelligence, said in an interview with the Military Times over the weekend that Russia has concentrated 92,000 troops near Ukraine and could launch an attack from several directions, including from Belarus, in late January or early February.

Amid the tensions, the Ukrainian Defense Ministry said Monday it conducted drills in the northern Zhytomyr region that borders Belarus.

Russia has maintained close political and military ties with Belarus, and the two held massive war games in September.

Peskov sought to turn the tables on Ukraine and the West, arguing that the expressions of concern by the U.S. and its allies may "camouflage aggressive intentions in Kyiv to try to solve the problem of the southeast by force."

He accused the Ukrainian military of increasingly frequent shootings across the tense line of contact in the east and added that Moscow is strongly worried about the the U.S. and other NATO countries providing Ukraine with weapons.

"The number of provocations has been growing, and those provocations have been conducted using the weapons that NATO countries sent to Ukraine," Peskov said in a conference call with reporters. "We are watching it with a grave concern."

Russia has cast its weight behind the separatist insurgency in Ukraine's eastern industrial heartland known as Donbas that has left more than 14,000 people dead. But Moscow has repeatedly denied any presence of its troops in eastern Ukraine.

Russian Foreign Minister Sergey Lavrov on Monday also criticized what he described as "bellicose rhetoric" by Ukrainian military officials, charging that it could "reflect a desire to conduct provocations and turn the conflict into a hot phase."

Ukrainian Foreign Minister Dmytro Kuleba rejected the Russian allegations of Ukraine's plans to launch an attack on Donbas as part of Moscow's "disinformation."

"Let me state it officially: Ukraine does not plan a military offensive in the Donbas," Kuleba said on Twitter. "We are devoted to seeking political & diplomatic solutions to the conflict."

"The Americans are painting a horrible picture of Russian tank armadas crushing Ukrainian cities," it said in Monday's statement. "It's surprising to see a speed at which a formerly respectable foreign policy agency is turning into a mouthpiece of mendacious propaganda."

Information for this article was contributed by Yuras Karmanau of The Associated Press. 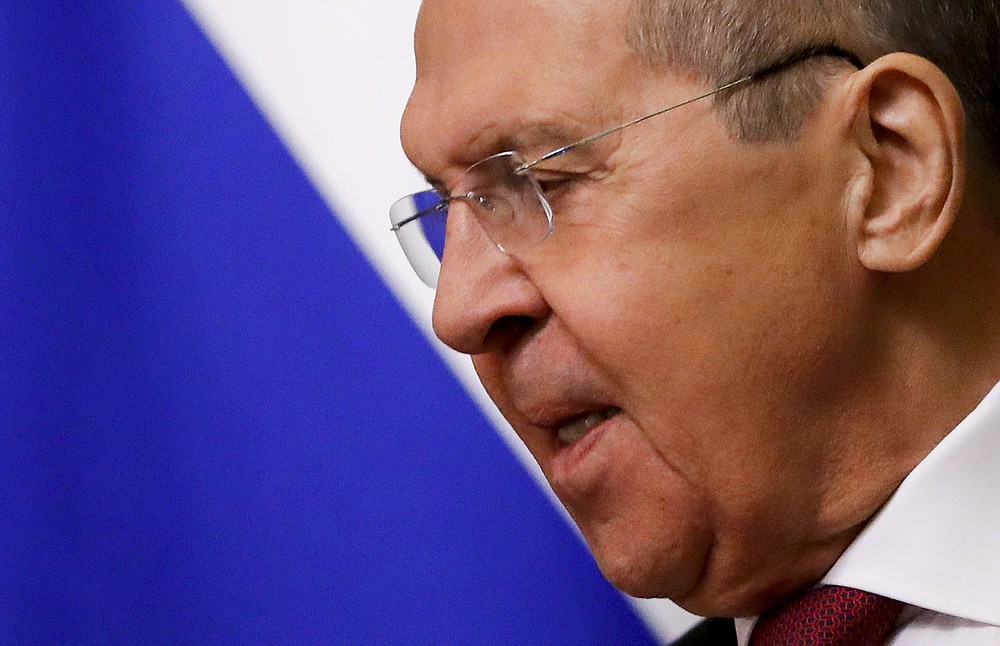