Texas prepares for a crypto migration 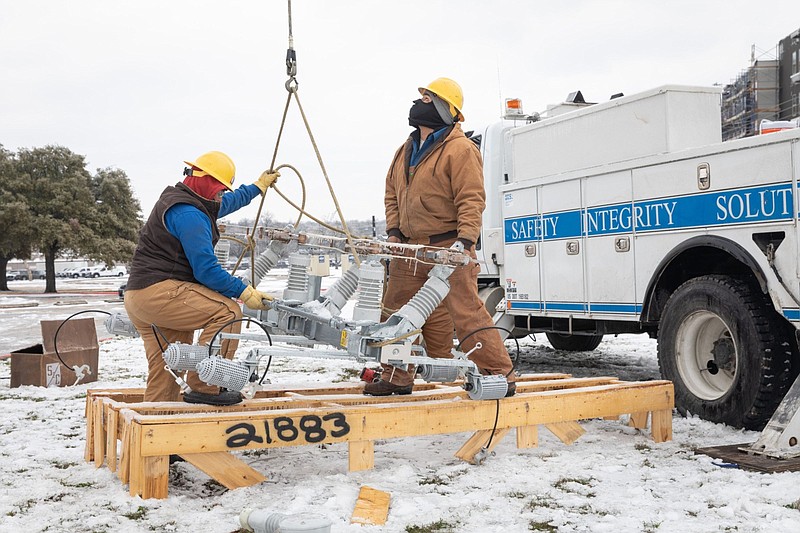 Texas, already home to the most vulnerable power grid in the U.S., is about to be hit by a surge in demand for electricity that's twice the size of Austin's.

An army of cryptocurrency miners heading to the state for its cheap power and laissez-faire regulation is forecast to send demand soaring by as much as 5,000 megawatts over the next two years. The crypto migration to Texas has been building for months, but the sheer volume of power those miners will need -- two times more than the capital city of almost 1 million people consumed in all of 2020 -- is only now becoming clear.

The boom comes as the electrical system is already under strain from an expanding population and robust economy.

Even before the new demand comes online, the state's grid has proven to be lethally unreliable. Catastrophic blackouts in February plunged millions into darkness for days, and, ultimately, led to at least 210 deaths.

Proponents like U.S. Sen. Ted Cruz and Gov. Greg Abbott, both Republicans, say cryptocurrency miners are ultimately good for the grid, since they say the miners can soak up excess clean power and, when needed, can voluntarily throttle back in seconds to help avert blackouts.

But it raises the question of what these miners will do when the state's electricity demand inevitably outstrips supply: Will they adhere to an honor system of curtailing their power use, especially when the Bitcoin price is itself so high, or will it mean even more pressure on an overwhelmed grid?

"There's nobody looking at the scale of potential investment in cryptocurrency and its energy demand over the next couple of years and trying to account for that in some sort of strategic plan," said Adrian Shelley, director of the Texas office of the consumer advocacy and lobbying group Public Citizen, which has sharply criticized the vulnerabilities of the state's unregulated power market.

Texas is rolling out the red carpet for cryptocurrency miners as one-time leader China has banned the industry. Mining for cryptocurrency requires huge amounts of power, complicating Beijing's efforts to curb greenhouse-gas emissions and shore up energy supplies ahead of the winter.

Miners setting up shop in the Lone Star State can often count on a 10-year tax abatement, sales tax credits and workforce training from the state, depending on where they are located and how many jobs they add. Even without formal incentives, the cheap power prices and the state's hands-off policy toward business is often enough of a lure.

While it's likely the grid will have enough total capacity to meet the surge in demand, the even bigger question at play is reliability and whether there will be enough power when demand is at peaks and supply is vulnerable, Moody's analyst Toby Shea said.

All nine U.S. and Canadian power grids have miners on them, but Texas now has the most, said Gregg Dixon, chief executive officer of Voltus Inc., which helps large consumers procure power and provides demand-response services to U.S. cryptocurrency miners.

Chinese nationals are behind a lot of that boom, he said.

Meanwhile, the Texas grid has come under strain as the population expanded by more than 4 million over the past decade to almost 30 million residents, part of a boom that created one of the fastest growing economies in the U.S.

While the grid operator Electric Reliability Council of Texas forecasts several thousand megawatts of mining demand will be added to the grid, it said it didn't have any estimates for how much demand is currently coming from miners. It doesn't know how much will be tacked onto its peak demand forecast, either, or how many companies will opt to curtail voluntarily in a disaster.

Forecasting supply and demand was already getting more difficult across U.S. grids. Extreme storms driven by climate change have disrupted supplies, and more electricity now comes from intermittent wind and solar. The rise of electric vehicles also makes it harder to predict where and when they will plug in.

Critics also say the sheer amount of new mining demand could raise power costs for average consumers, though no one has been able to quantify how much prices could rise.

When Plattsburgh in upstate New York attracted cryptocurrency miners, it found they initially used up all the spare cheap hydro power, resulting in higher costs across the city. It ultimately had to put in place tariffs for miners to keep everyone else's costs down.

"They turned the switch on and all of the sudden, we realize -- Holy smokes! -- where did this electricity usage come from?" said Mayor Christopher Rosenquest.

Another overlooked part of mining: Its energy intensity will continue to rise because the system is designed to make it harder to mine each incremental coin. Miners are evolving from small "mom and pops" adding connections to their basements to massive servers racked in large air-conditioned warehouses, using increasingly more power.

Ed Hirs, an energy fellow at the University of Houston, warns that Texas and cryptocurrency aren't a good match.

"Who is the beneficiary of Bitcoin mining? It doesn't provide employment, doesn't pay taxes," he said. "There are some social welfare issues here that I think a lot of people will tend to ignore until there is a crisis."