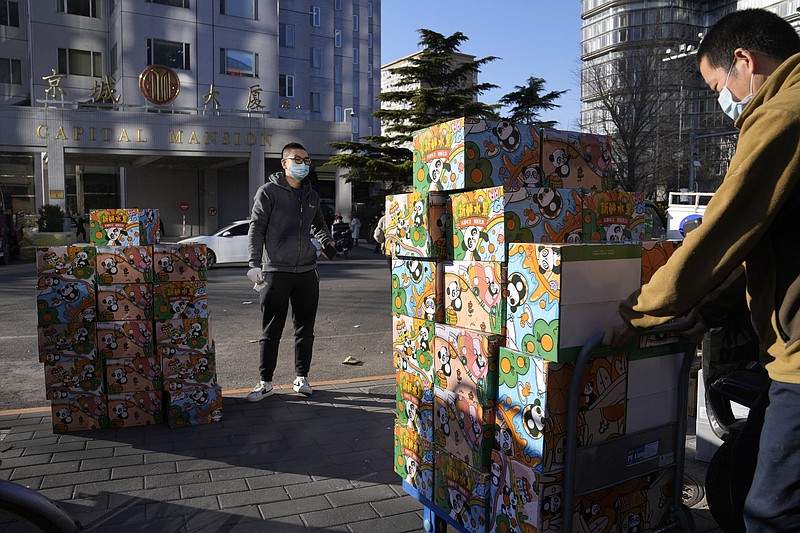 China pulled back on its already halting progress toward meeting its U.S. trade deal targets, slowing purchases of all types of goods covered by the agreement despite calls from the Biden administration for Beijing to adhere to its commitments.

China bought $9.5 billion worth of manufactured, agricultural and energy goods in October, bringing the total purchases to $210.4 billion since the trade deal was signed in January 2020, according to Bloomberg analysis of official Chinese data. Last month's procurement was the slowest pace in a year, with China now having reached only 56% of the two-year target of $378.4 billion.

U.S. officials have recently increased their calls for China to abide by the agreement, though it's unknown what steps it would take in response to Beijing failing to meet its goals. The trade targets expire at the end of next month, although it includes a sentence that both sides expect the increase in purchases to continue in "2022 through 2025."

U.S. Commerce Secretary Gina Raimondo said in September that China isn't abiding by its commitments and pointed to Beijing preventing the purchase of "tens of billions of dollars" of Boeing planes. U.S. Trade Representative Katherine Tai said last month that the administration would work to enforce China's commitments in the trade deal.

Tai acknowledged earlier this month that China's performance "hasn't been perfect" and officials are working on their next steps.

"So what do we do about it? That's the million-dollar question," she said, adding "it's something we're working on."

Tai also said the U.S. is raising concerns with Beijing that go beyond its promised purchases, including about China's state-centered industrial policies, leaving the future of the trade deal unclear.

A summit last week between President Joe Biden and Chinese leader Xi Jinping didn't provide much clarity on trade either. U.S. officials said the topic of trade and restrictions on technology exports didn't dominate the conversation. China reiterated calls for the White House to avoid both "over-stretching" the concept of national security in business dealings and politicizing trade issues.

The U.S. trade deficit with China shot up 15% in September to $36.5 billion. Through the first nine months of this year America's deficit with China, the largest with any country, totaled $255.4 billion, an increase of 14.9% over the same period in 2020.

The overall trade deficit through September hit $638.6 billion, a 33.1% increase over the same period last year. That big jump reflects the surge in U.S. demand for imports compared with last year when many parts of the economy were shut down because of the coronavirus.