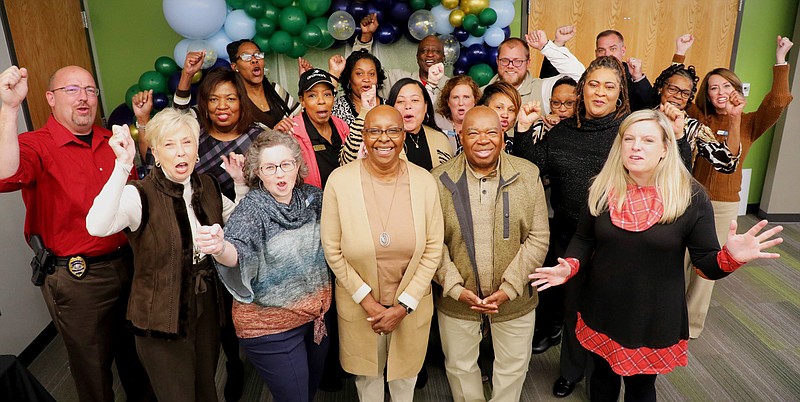 Marilyn and Hiller Suber of Monticello, (center, front row) have been foster parents for more than 20 years. (Special to The Commercial/Arkansas Department of Human Services)

A Monticello couple who has fostered more than 300 children over two decades earned the state's 2021 Foster Parents of the Year award.

Hiller and Marilyn Suber were surprised with the award from the Arkansas Department of Human Services (DHS) Division of Children and Family Services (DCFS) during a virtual ceremony Nov. 19, according to a news release.

The Subers were excited to learn they had been selected as the overall winners. The couple said they were humbled but proud to earn the award on behalf of all the children they've fostered in their more than 20 years as foster parents.

As she accepted the award, Marilyn Suber had encouraging words for anyone considering becoming a foster parent.

The ceremony featured appearances by Gov. Asa Hutchinson, DCFS Director Mischa Martin and state legislators, as well as videos on the winners from each of the state's 10 service areas.

As part of the celebration, the department named the Subers – who had earlier been named as one of 10 area winners – as the overall, statewide Foster Parents of the Year.

Martin said the Subers were recognized for their unwavering support of teens in foster care in Drew County, even through their own personal challenges.

"Finding placements for any child in foster care can be challenging, but especially teens," Martin said. "We see a lot of people shy away from teenagers, but we know we can always count on the Subers to take in teens and provide them with the love and support they need to really thrive."

"They are great partners in our fight to make sure children have a safe, stable family every day," she said. "They care deeply about our kids, and the kids love them right back."

DCFS selected one winner from 10 areas of the state as well as the overall winner based on several criteria, including reunification efforts with biological families, partnership with the department, support for other foster parents, and advocacy for the children in their care.

The 10 county area winners were:

DCFS is responsible for the safety of children in the state and has approximately 4,500 children in foster care, most of whom are placed in home settings with foster families. The state is divided into 10 service areas, and nominations for outstanding foster families were submitted from each area by family service workers, other foster parents, and child advocates.

For details about the foster care system in Arkansas or to begin the application process to become a foster family, visit www.fosterarkansas.org. 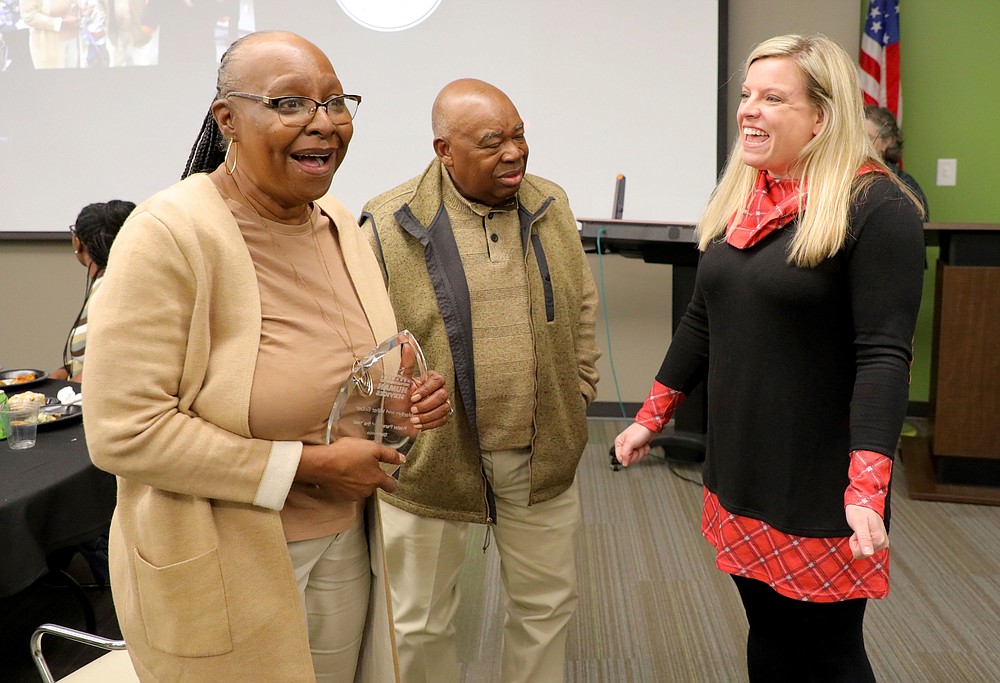