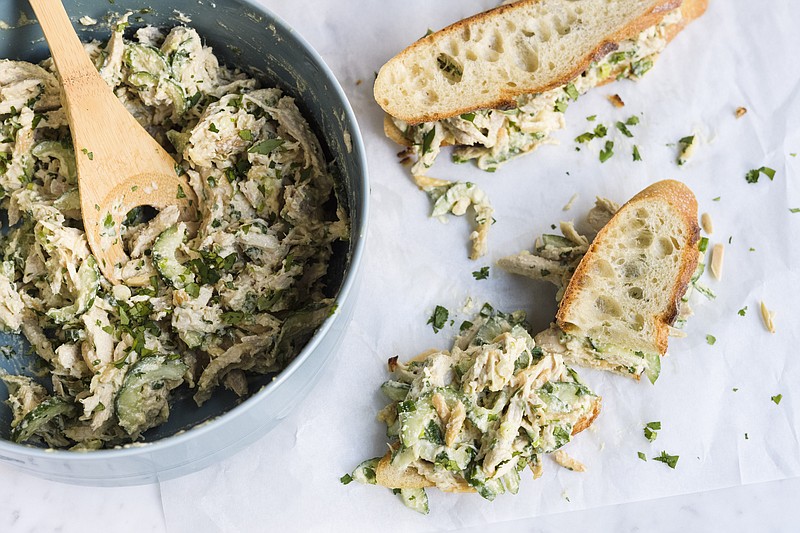 The shortcut to a tastier salad does not reside in those plastic premixed bottles. Oil and vinegar work in a pinch, but at Milk Street we've discovered a world of simple salad dressings that go well beyond the basic vinaigrette.

In Japan, savory miso forms the base of many salad dressings, bringing an umami richness to greens without dairy. Often, the fermented soy paste is mixed with oil and lime juice or rice vinegar for brightness, plus ginger or garlic for added complexity.

For the acid, we prefer the fruity aroma of lime juice, but we also like the sharpness of Dijon mustard and a bit of sweetness from a teaspoon of honey. Whipped together in a blender, the dressing also gets body from slivered almonds.

It's delicious on simple mixed greens, but in the recipe from our book "Milk Street Tuesday Nights," which limits recipes to 45 minutes or less, we use the dressing in an easy chicken salad built from the shredded meat of a store-bought rotisserie chicken. Sliced cucumber and a generous dose of cilantro add freshness, and additional slivered almonds bring a pleasing crunch.

It can be made ahead and refrigerated up to four days, but if using it right away, be sure to wait after blending it. Allowing it to stand for at least 30 minutes lets the flavors meld.

In a blender, combine 1/3 cup water, the miso, ginger, half of the almonds, the lime juice, mustard, honey and ½ teaspoon white pepper. Blend until smooth, about 1 minute. Add the oil and blend until the dressing is thick, about 1 minute. Transfer to a jar, cover and refrigerate for at least 30 minutes or up to 4 days.

In a large bowl, combine the chicken, green onions, cilantro, cucumber and remaining 1/3 cup almonds. Add 1 cup of the dressing and toss to combine. Taste and season with salt and pepper. Serve with the remaining dressing on the side.