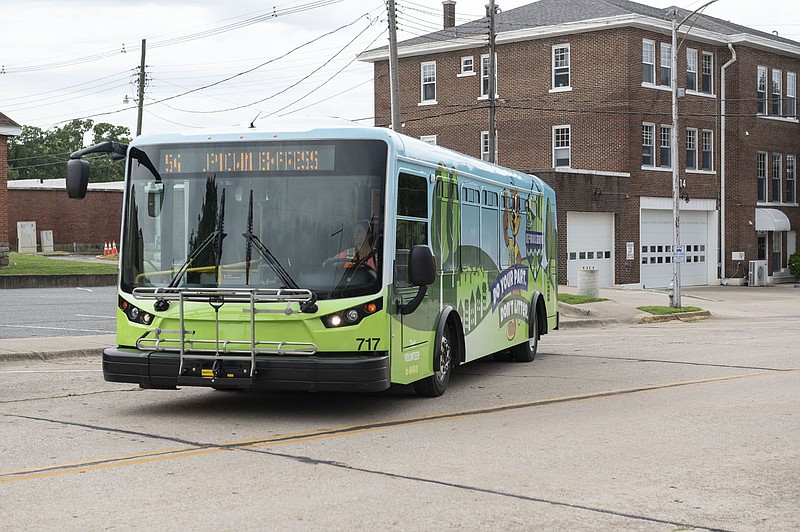 SPRINGDALE -- Ozark Regional Transit officials working on their 2022 budget are facing some familiar challenges, including how to attract and retain employees in a competitive job market with a tight budget.

Board members are looking at anticipated revenue and expenses of around $4.6 million each. Making those columns balance will be difficult, according to Joel Gardner, executive director.

"It is going to be a really, really unique year when it comes to funding and financing," Gardner said.

Board members said Tuesday they want to give all hourly employees a dollar per hour raise, for the third consecutive year, plus a 5.9% cost of living increase. They also want to raise starting pay by a dollar an hour to $13.50.

Gardner and several board members said that figure needs to be closer to $20 to keep bus drivers, but would cost more than $700,000 annually the transit provider doesn't have. University of Arkansas Razorback Transit starts drivers at $17, Gardner said.

Gardner said drivers can get paid significantly more money for hauling rocks and concrete than driving a transit bus, and they don't have to deal with passengers.

"Folks, we are hitting hard against other organizations out there who are doing less stressful work for more money," Gardner said. "We have a unique job here for our operators, our mechanics, where they're dealing with the general public on a daily basis, and it's just extremely difficult."

John McCurdy, a board member from Rogers, said his city council was concerned about the regional transit budget because employees aren't paid enough. McCurdy said about the least a city or other public entity should be paying an employee now, morally, is around $17.80 per hour with an expectation of predictable annual increases.

Gardner said state and federal money for the transit is expected to remain constant, but most costs such as fuel, parts, insurance and vehicles are increasing due to the pandemic and market adjustments.

Additional money could come from a recently passed federal infrastructure bill, but that has yet to be determined, Gardner said. Local contributions still have to be determined by the cities and counties as they complete their budgets for 2022, but local funding has always been tight, he said.

Gardner said ORT will have about $980,000 from a Walton Family Foundation grant that will pay for several expenses next year, including free fares, a bus stop study, increasing the public transit presence in Bentonville and other cities and increasing regional transit's social media presence.

Gardner said federal covid recovery grants have helped -- some will pay for next year's cost of living increase -- but no one is sure whether there will be more money like that available in the future.