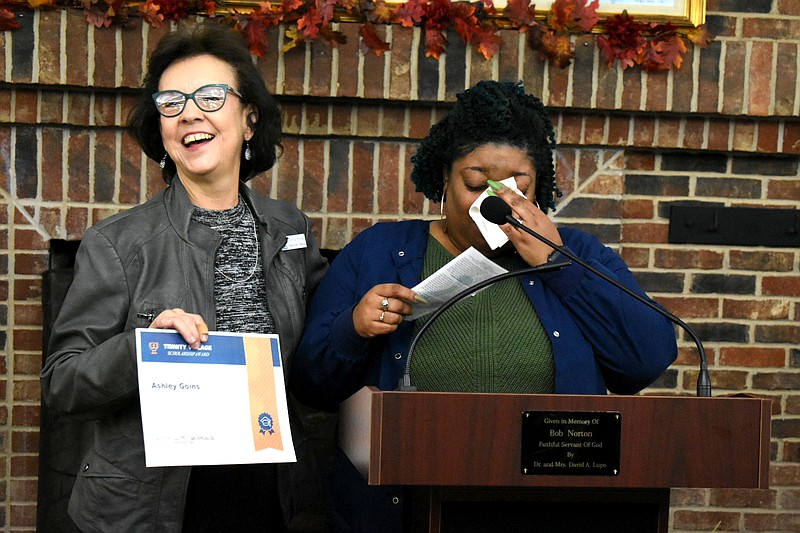 Ashley Goins knew the day would come, but the tears of joy were still hard to contain.

"It's like a dream come true," Goins, 37, said after Trinity Village Retirement Community awarded its medical center's activities director a one-year scholarship to Southeast Arkansas College. "They told me last week. Ms. Donna [Stone, Trinity Village executive director] and Ms. Vickie [Donaldson, medical center manager] told me that I had got it. It didn't really hit me; it was like, really? And, today, they told me today was going to be the day you receive it.

Surrounded by coworkers and supervisors, those who call her a team player, Goins accepted the approximate $4,800 scholarship to go into SEARK's three-term licensed practical nurse certificate program. Goins will take classes during the spring, summer and fall terms in 2022.

"It means everything," Goins said. "I wanted to be a nurse all my life, but I had a daughter at a young age right out of high school. I had to get her up, and it never seemed like the right time to go back to school. I kept saying, 'Once she gets a little older, then I'll go back.'

"Then that didn't happen. Then life happened. I'm very appreciative."

Goins now looks forward to the opportunity to enter college with her daughter Ashlynn Williams, a senior at Watson Chapel High School. Whether Ashlynn joins her mom at SEARK is yet to be determined, according to Goins.

Trinity Village President Mac Bellingrath announced the scholarship program last month for certified nursing assistants. It started as a fundraiser for a new van, he said, and exceeded its $10,000 goal by $17,000.

"I was raised around my grandmother all the time, so the elderly people, that's what kept me there, my residents," she said.

SEARK College President Steven Bloomberg said at the time the program would help a Trinity Village employee go into an area of healthcare where more LPNs are needed, adding healthcare workers have been taxed during the pandemic.

CNAs who have worked full time at Trinity Village for at least a year, completed 1,600 work hours, posted an all-time attendance record of 90% or better, be fully vaccinated against covid-19 and agree to remain at the center for three years from the time the scholarship is awarded were eligible to apply for the scholarship. CNAs already have earned 10 hours toward an LPN certificate, according to Bellingrath.

"It came to us, and we had other good applicants, but Ashley just had the record in a class by herself," Bellingrath said, adding he was part of the approval process.

"On behalf of President [Steven] Bloomberg and SEARK College, we want to congratulate her and we're excited she's joining the SEARK team." 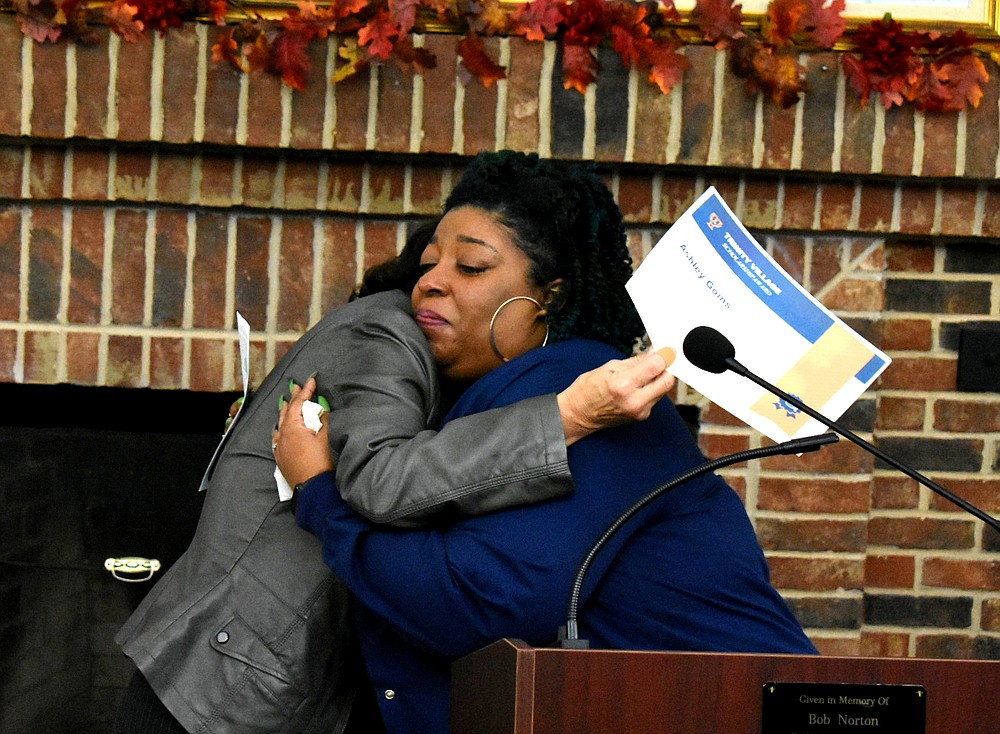