Britt feels the passing of Lofton 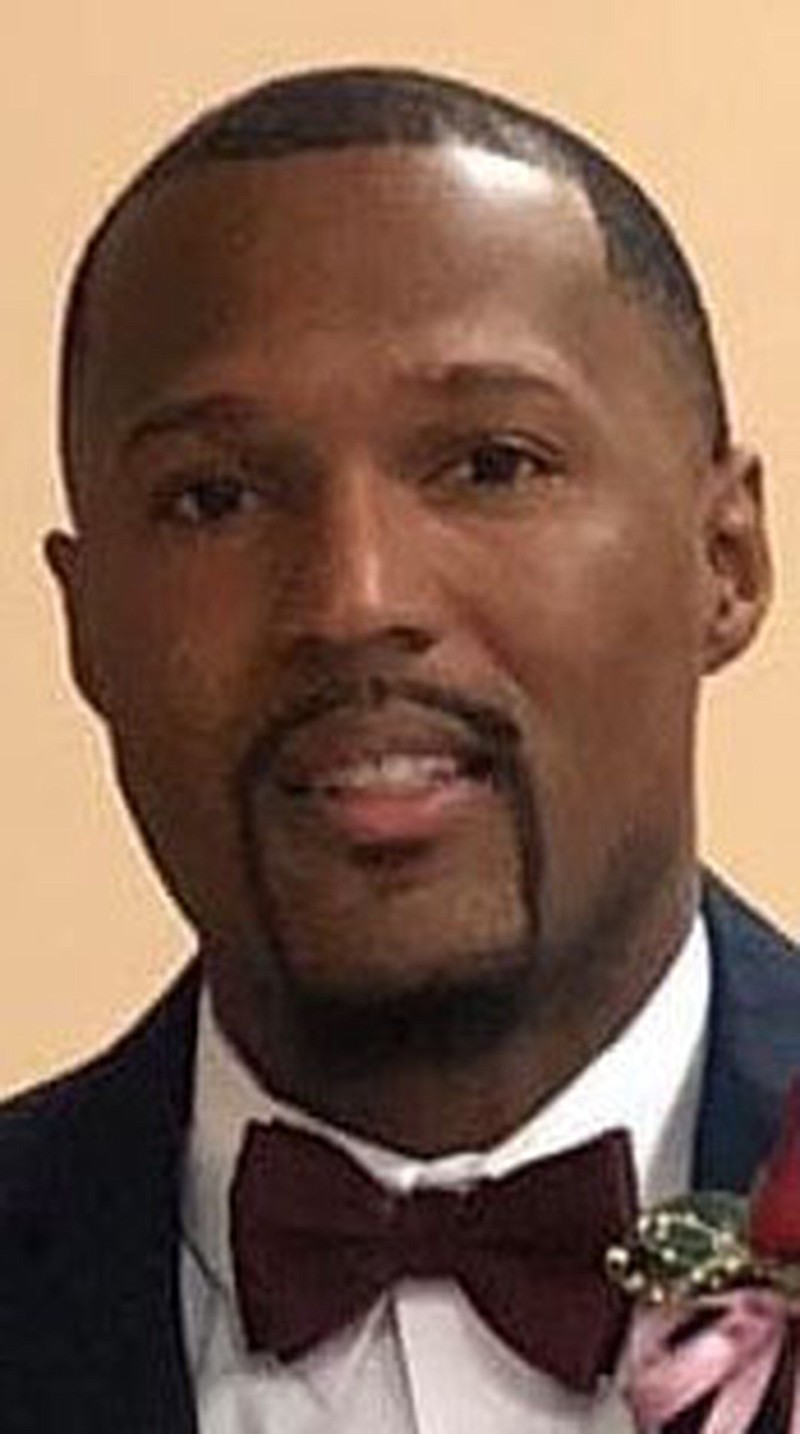 Marcus Britt figured the day would eventually come when he'd take over what his long-time mentor and former coach Dwight Lofton built at Forrest City. He just didn't expect for it to happen the way it did or as soon as it did.

"He was really one of a kind," said Britt, who named as the Mustangs head coach a little more than three months after Lofton died unexpectedly on April 8. "He was a guy that talked to you more about life itself than just about basketball. Now we did talk a lot about basketball, but his main thing was just trying to get me ready for this position. He told me he was on his way out, and he wanted to prepare me for it.

"He gave me enough knowledge to get me through that transition and try to maintain what he's done here."

Lofton won two state championships and more than 400 games during his 25 seasons as Forrest City's coach. Many of those victories occurred with Britt by his side, either as a player or an assistant.

The 33-year-old was an all-state performer under Lofton before becoming the first Mustang basketball player to sign with the University of Arkansas. He spent four seasons with the Razorbacks, but eventually returned to his high school alma mater, where he was an assistant coach on the girls basketball team in 2018 before joining forces with Lofton.

Now, Britt is trying to put his stamp on the Mustangs, who are hosting the Rumble on the Ridge Classic for the first time since 2019. The tournament was canceled last year because of covid-19 concerns.

"We're doing well," he said. "We're a small team for the most part, but we've got a couple of guys that play like they're 6-5, 6-6. We're quick, fast, we've got shooters and we've got some guys that can create for themselves while playing up-tempo basketball."

Britt also noted that this year's group will get things done collectively in order to better last season's 3-16 finish.

"The first game, we had Melvin Shaw, my son [Marcus], Mykeion [White] and Robert Echols," he said. "They led us, but in the second game, it was Mykeion, Kesean [Washington] and Servio Fisher. We've got a group of guys, probably seven or eight of them, that can get you 12 to 14 points a night.

"So they're buying in to what we're trying to do. And with the Rumble coming up, we're looking at it as an opportunity to get better."

Marmaduke Coach Rick Smith knew he'd have a pretty good team this season, especially with a pair of all-staters in Carolina Hoffman and Heidi Robinson back. But even he couldn't have imagined the kind of blistering start his team has gotten off to.

The Lady Greyhounds (8-0), who were upset in the first round of the 2020-21 Class 2A state tournament, have beaten all eight of their opponents by double digits, including an impressive 84-23 pasting of Des Arc on Monday night. Their average margin of victory in those games has been 42 points, with its closest victory being an 80-66 win over Mammoth Spring.

Smith believes his team is playing with a bit more purpose early, particularly with the way their season ended in March.

"I thought we were playing really well during the regionals then, but none of us thought we played well at state," he explained. "So we've been working really hard all summer. We've basically got five all-conference players back, and sometimes, two of them don't start. And for us, that's a good thing."

Robinson and Hoffman are going to be the high-point scorers most nights for Marmaduke, but Smith has already had six others collect at least 10 points in a game. Against Des Arc, the Lady Greyhounds, who are ranked No. 3 in Class 2A, had five finish in double figures, including two off the bench.

Smith, though, isn't taking anything for granted because he's seen this script before.

"We were good that year, got to the quarters, and Pangburn beat us. Those ACLs happened to four of our top seven. There's several good teams out there, like Salem and Melbourne. We'll see both of those teams this year, so we know we've got to try and stay healthy."

The road to a second consecutive state title is sure to be a bit bumpy this season for Mills. That notion, though, has more to do with the Comets current situation than the increased parity that's in Class 4A.

Mills (1-1) will have to maneuver its way through a challenging schedule for the next month and a half without one of the state's top players in Javion Guy-King, who suffered a broken foot in Monday's benefit game with Jonesboro. The senior, who's expected to be sidelined four to six weeks, was one of only three returnees who regularly saw action during the Comets' championship run last year.

Needless to say, there are others who'll be seeing a bit more court time for the foreseeable future.

"Man, I tell you, we'll take wins any way we can get them," Mills Coach Raymond Cooper said, referring to his team's 57-53 victory over Little Rock Catholic on Tuesday. "We get [victory], then we'll move on to the next game, and try to figure out what we're going to do in that one."

What the Comets did against the Rockets was get solid play from their trio of Q.J. King, Jabrae Shaw and Marcus Kendrick -- three players who'll have to score consistently if Mills is going to survive a brutal upcoming stretch. All three finished with at least 13 points, with King leading the way with a team-high 21, in the win over Catholic.

Mills will be off until next week when it plays at Little Rock Central, last season's Class 6A runner-up, on Nov. 29. The Comets also travel to Class 5A No. 2 Little Rock Parkview (Dec. 9) and Class 5A No. 1 Jonesboro (Dec. 18) over the ensuing weeks. All three of those teams are ranked in the state's top 10 as well.

"We've got a couple of other guys hurt, too," Cooper said. "But we've just got to find a way, kind of like we did in this one [Tuesday]."

Nashville Coach Paul Dean wasn't sure how his team would react to being challenged repeatedly during nonconference play this season. After Tuesday's down-to-the-wire tilt with Greenwood, he no longer has to wonder.

In fact, whatever questions he may have had about his Scrapperettes were probably answered last week during the annual Mount St. Mary holiday tournament.

Nashville (4-2), fresh off a victory Class 5A No. 5 Marion in the finals of the Heavenly Hoops Classic, went back and forth with Class 5A No. 4 Greenwood before losing 56-53.

"[Greenwood] is a good team, and to play with them or compete with any of them, you've got to play well," Dean said. "I felt like we did that. It came down to just a few plays here and there throughout the game that they made. We just couldn't quite match them play for play, but we came close.

"The girls played hard, played well. When you play a good team like that, it's going to come down to a certain few plays."

The Scrapperettes have made plenty of plays during their first six games. Along with beating Marion, Nashville has also knocked off fellow Class 4A ranked teams Pulaski Academy and Morrilton. Those three wins are particularly impressive for a group that had high expectations coming in.

Both of Nashville's All-Arkansas players, Kyleigh Scoggins and Sidney Townsend, returned, but others, such as Honesty Taylor and Lauren Carver have provided an added punch. Other role players have also contributed.

None of it hasn't really been surprising for Dean.

"Even in the loss to North Little Rock, we played hard," he explained. "Of course, you really can't tell on the scoreboard, but we competed. We didn't just lay down and let them beat us up. We competed, and we tried.

An explosive game from Kenley McCarn allowed Melbourne to run its winning streak to 34 games Tuesday night. The senior scored a game-high 44 points to lead the Lady Bearcats (3-0) to a 54-49 victory over Nettleton. Melbourne hasn't lost since dropping a 44-38 decision to Paragould on Nov. 19, 2020. ... Mammoth Spring (10-2) continued its torrid play with another blowout Tuesday. Five players landed in double figures, led by Brynn Washam's 25 points, as the Lady Bears whipped Jonesboro Westside 85-22. Chevelle Graves scored 15 points and Laney Young had 12 points while Megyn Upton and Sara Crow finished with 11 points and 10 points, respectively, for Mammoth Spring, ranked No. 3 in Class 1A. The Lady Bears, who went 13-12 last season, have won nine games by at least 22 points.

Rumble on the Ridge