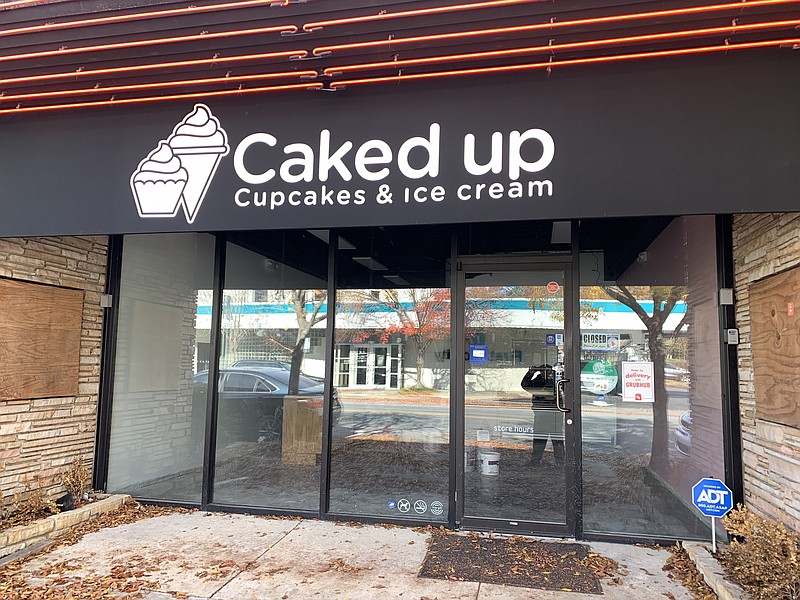 Something called Caked Up Cupcakes and Ice Cream is going into the former Poke Hula space, 5621 Kavanaugh Blvd., in Little Rock's Pulaski Heights. We don't have a timeline or any idea of just what it will grow up to be, but we found a place called Caked Up in Durant, Okla. The people who run it said when we called that this is not connected to them in any way. It's the latest of a string of cupcake shops on that stretch of Kavanaugh — two previous occupants of the space at the corner of Fillmore Street, the Cupcake Factory and Cupcakes on Kavanaugh, did not succeed.

Blue Dolphins Fish & Chicken, 4324 Camp Robinson Road, North Little Rock, which opened in July, has been "temporarily closed," according to a sign on the door, for close to two months. We were unable to reach anyone at the original location at 4920 Baseline Road, Little Rock.

It's duck season, and Flyway Brewing, which brews a craft beer it calls Flying Duck, joins the Flying Duck Taproom in Stuttgart and Rich-N-Tone for the inaugural Flying Duck Migration Celebration sweepstakes. Arkansans over 21 can enter through Jan. 31 to win swag from Yeti, Sitka and RNT Calls, as well as VIP meet-and-greet tickets for concerts by country singers Riley Green and Jordan Davis. (Travel costs are not included in the prize.) The brewpub will announce winners every month on its Facebook page, Facebook.com/FlywayBrewing. While no purchase is necessary to enter the sweepstakes, its purpose is to induce folks to purchase Flying Duck; for a list of the 10 outlets, mostly liquor stores, across the state where it's available, as well as more information, rules, regs and an entry form, visit FlywayBrewing.com/sweepstakes.

And a total of 2,220 nominations from all 75 Arkansas counties came in during October for the Arkansas Department of Parks, Heritage and Tourism's 2022 Arkansas Food Hall of Fame. A committee of historians, chefs, foodies and food authors will pick the winners of Proprietor of the Year, Food-Themed Event, Gone But Not Forgotten and People's Choice and announce them at 3 p.m. Jan. 24 in a hybrid event at the Arkansas Heritage building, 1100 North St., Little Rock. Visit ArkFoodHOF.com.

We're repeating our list of places that we know will be open and serving today, Thanksgiving. Call ahead to make sure things are as we've been told they are, and to make reservations, which are, if not mandatory, strongly recommended.

◼️ Capital Bar & Grill, Capital Hotel, 111 W. Markham St., Little Rock, is offering a Thanksgiving "dine-in" buffet, pretty much throughout the ground floor, 11 a.m.-3 p.m., $72, $32 for children 12 and younger. However, it is already completely booked with a waiting list. Capitalbarandgrill.com/menu/thanksgiving-2021.

◼️ Denny's, IHOP and Waffle House locations are, mostly, open; some IHOPs close early on holidays. However, with the pandemic in play, hours may shift or shorten. Check in advance to make sure.