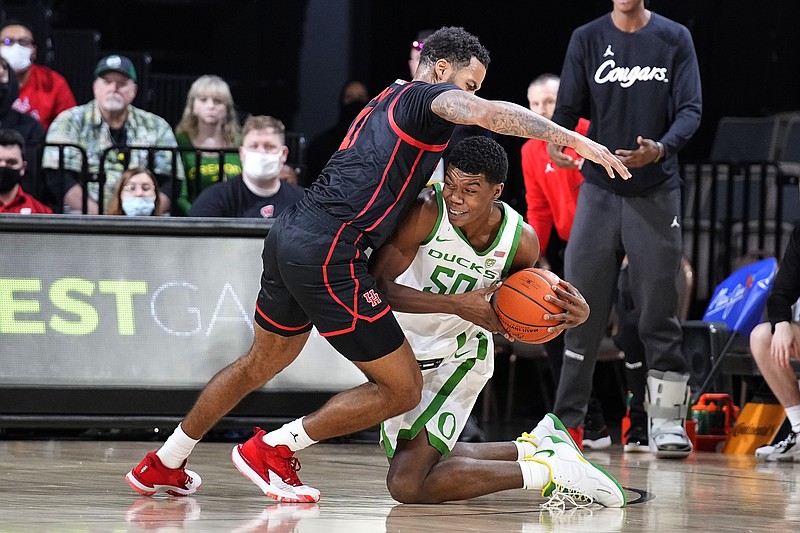 PARADISE ISLAND, Bahamas -- Tyler Polley scored a career-high 24 points and hit the go-ahead three-pointer with 2:58 left in the second overtime to help No. 22 UConn beat No. 19 Auburn 115-109 in Wednesday's first round of the Battle 4 Atlantis.

Adama Sanogo finished with a career-best 30 points for the Huskies (5-0), who blew a 15-point lead in regulation and squandered a lead late in the first overtime in a wild game. But Sanogo and Polley didn't let the Huskies stumble in the second overtime, scoring 14 points as UConn finally pushed ahead for good.

K.D. Johnson and top freshman Jabari Smith had their own huge performances for the Tigers (4-1). Johnson scored 23 of his career-high 27 points after halftime, including driving baskets in the final seconds of regulation and the first overtime to extend the game.

Smith, meanwhile, had 19 of his 22 after halftime, including the three-pointer from in front of the Auburn bench with 2:39 left to erase the last of a 65-50 deficit near the 11-minute mark.

It was a wild game befitting the only first-round matchup pairing two AP Top 25 teams, down to the teams trading big shots starting in the final minutes of regulation. It went on to be the first double-overtime game in the 10-year history of the Atlantis tournament, too.

As the horn sounded, Polley began skipping to the UConn bench to celebrate with teammates, though the celebration froze for a moment at the sight of Isaiah Whaley laying on the court in front of the bench. After a few moments, Whaley got up with a smile to join the handshake line.

Afterward, Coach Dan Hurley said Whaley -- who had played 43 minutes -- had fainted and that he thought the 6-9 forward "just stood up too quick" from the bench and there were no apparent concerns with dehydration.

The Cougars smothered the Ducks with defensive pressure and pushed them around inside to lead by 34 early in the second half. Houston had a 40-22 advantage in the paint and snagged 11 offensive rebounds to finish 2-1 in the relocated Maui Invitational.

The Ducks had another disjointed day on offense, unable to get out in transition or solve Houston's swarming half-court defense. Oregon shot poorly early to fall into a big hole and had 19 turnovers that led to 29 Houston points.

Eric Williams Jr. had 13 points to lead the Ducks, whose only win in the Maui Invitational was against Division II Chaminade.

The Cougars were sharp at both ends, building a 10-point lead in the first 4 1/2 minutes and bullied Oregon in the paint to lead 41-19 at halftime. 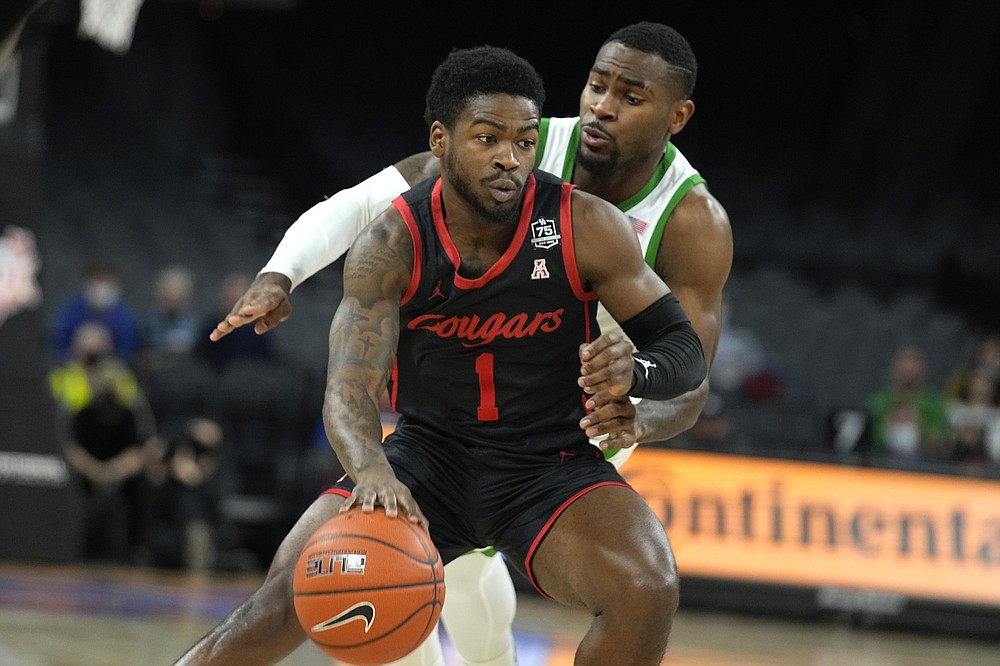