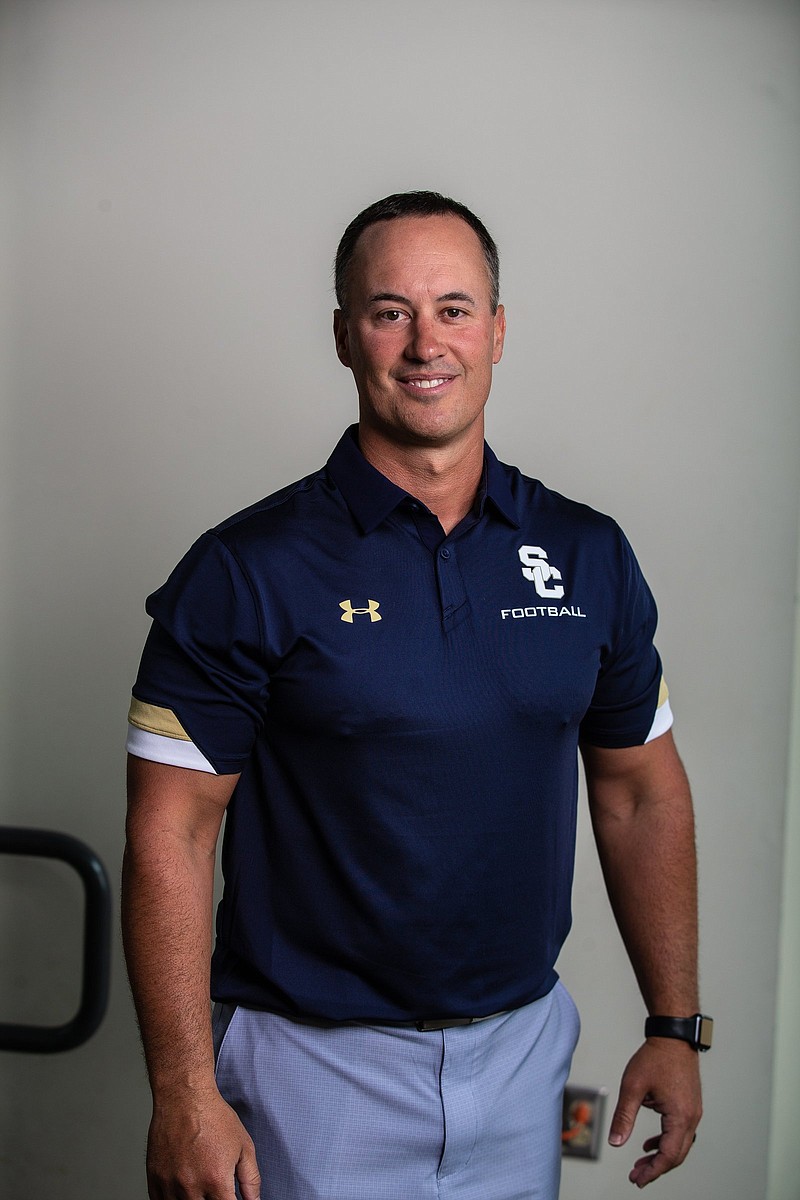 SPRINGDALE -- Thanksgiving road trips have been rare for Shiloh Christian, but the Saints are packed and ready to go.

The No. 1 team in Class 4A drew the road game in the playoff bracket this week, and will head five-plus hours to Wilson to take on Rivercrest in a third-round game. This is a rematch of the 2020 state championship game won by Shiloh Christian 58-20.

"We travel well," said Saints coach Jeff Conaway. "Our guys are prepared. We do a lot of travel in the summer and in the early season, so I feel like we're going to handle that well."

Shiloh Christian (11-1) played three of its first four games of the season on the road, including a long trip to Poteau, Okla.

Rivercrest (8-2) enters the game off a 28-21 win against Malvern. The Colts lost their season-opener to Valley View before winning six straight. That streak was snapped in a 36-21 loss to Trumann.

"This will be a big challenge for us," said Conaway. "They are a very, very good team and this will be a long trip but I think our guys are going to be up for the challenge."

Senior quarterback Mike Sharp leads a potent Rivercrest offense. Sharp is 177-of-256 for 2,158 yards and 24 touchdowns. Michael Rainer is his top target with 60 catches for 811 yards and 10 scores. Lath Latham and Clay Burks each have more than 30 catches.

Darkside does its job

Shiloh Christian has dubbed its defense The Darkside, and it certainly turned the lights out on Ashdown last week in a 21-0 win.

The Saints held Ashdown to 10 yards rushing for the game on 24 carries. The Panthers picked up 15 yards on the first play of the third quarter, then were held to a minus-5 yards on all other carries.

"That was the plan coming into the game to start fast and finish fast," said Saints defensive tackle Thomas Reece. "Our defense is known as the Darkside and the Darkside goes hard the whole game."

Reece said the Darkside is in reference to the Star Wars movies.

It's almost an annual occurrence for Shiloh Christian to practice on Thanksgiving Day. The Saints. Four times in the past five years and for the past three years they have played a game the day after Thanksgiving.

"We're super excited about it," said Reece. "It's been a long time since we haven't gotten to do that practice. It's really special. Our dads come out and join everybody. It's just a great time and we're thankful to survive another day and keep going."

Rematch could be different

Fayetteville would do well Friday to just forget about its earlier win over Conway, especially with a trip to Little Rock to play for a state championship at stake.

Sophomore Donovyn Omolo made his first start at quarterback when Conway lost 41-24 to Fayetteville in the season-opener for both teams on Aug. 27. Omolo has developed into a reliable player who guided Conway to a 9-2 overall and he was solid again last week when the Wampus Cats piled up over 500 yards while blasting Rogers 49-0 in a quarterfinal game.

Omolo has plenty of support around him, starting with senior receiver Sammy Smith, a playmaker who is committed to the University of Central Arkansas. Jamarius Carr is a junior who rushed for 97 yards last week at Rogers.

"They're super athletic and they do a lot of things to spread you out," Fayetteville coach Casey Dick said. "(Omolo) makes a lot of plays with his feet and everybody, obviously, knows about Manny about his ability to make plays. But they guy I think who sets them apart is (Carr), who is very patient and a skillful runner. On defense, they're fast and physical. There's a reason they're in the semifinals. They do a great job."

Fayetteville thrilled its home crowd at Harmon Field with a comeback 34-27 win last week against Cabot after falling behind 27-6 in the third quarter. But Dick knows another uneven performance against Conway could lead to a quick downfall for the Bulldogs.

"We know Conway is going to be ready to go," Dick said. "We've told our kids that. We've got to be better this week and we will be."

Folks traveling around Fayetteville on Friday can expect plenty of vehicles on the road with holiday shopping and two football games in town.

That's why Fayetteville and Cabot agreed to move the kickoff for Friday's Class 7A semifinal game at Harmon Field from 7 p.m. to 7:30 p.m. The move could ease traffic congestion for fans arriving for that game and fans leaving Arkansas' SEC matchup with Missouri. Kickoff is scheduled for 2:30 p.m. Friday at Reynolds Razorback Stadium and college games routinely last more than three hours to complete.

"Hopefully, this move will alleviate some of the traffic and parking issues," said Fayetteville Athletic Director Steve Janski said. "It could give everybody a chance to go see the Razorbacks then come over to see Fayetteville and Conway battle it out in the state semifinals."

Janski added the move should mostly benefit fans arriving from Conway who are unfamiliar with other ways of getting around town if there are traffic tie-ups on the main roads in Fayetteville.

"That 30-minute move might be small, but it could give them more access to the normal route to the stadium that they're used to," Janski said.

Print Headline: Rare trip on the road for Saints