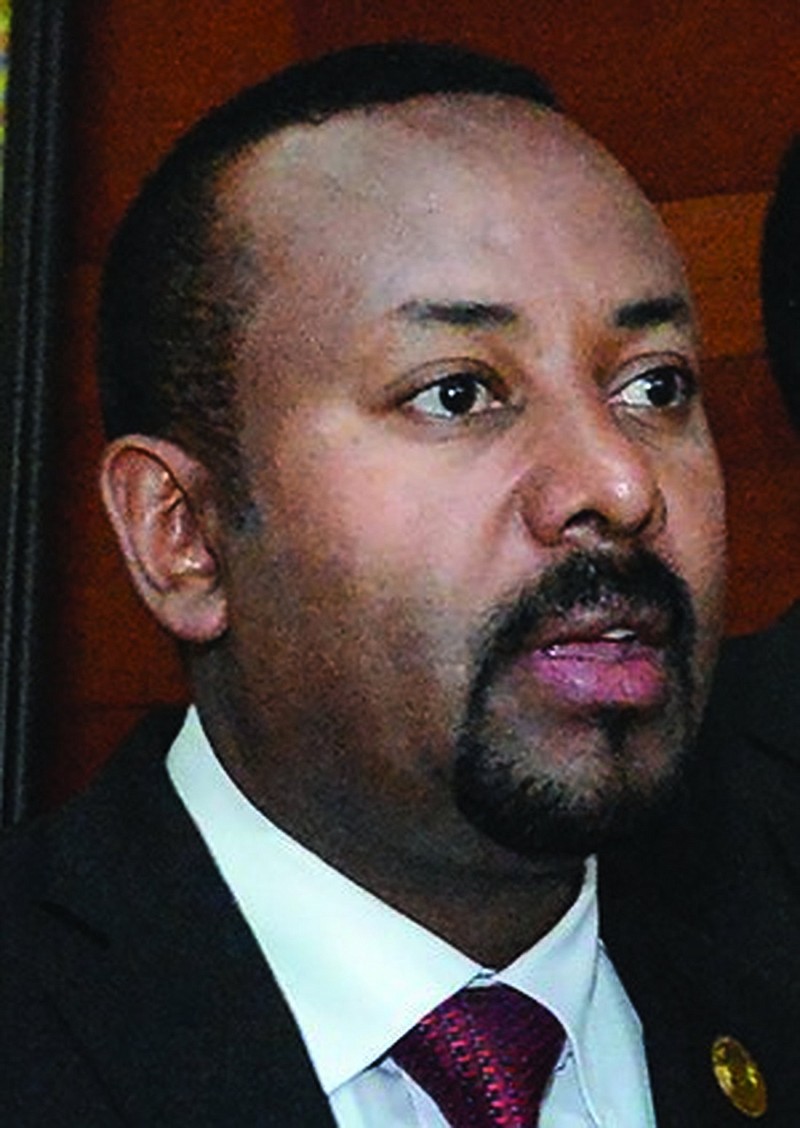 NAIROBI, Kenya -- Ethiopia's Nobel Peace Prize-winning prime minister has gone to the battlefront, his government announced Wednesday, after the leader said martyrdom might be necessary in the yearlong war with rival fighters approaching the capital.

State media showed no images of Abiy Ahmed, a 45-year-old former soldier, and spokeswoman Billene Seyoum dismissed a request for details on his location as "incredible." He arrived at the front Tuesday, according to a government spokesman.

Tens of thousands of people have died in the war between Ethiopian federal and allied troops and fighters from the country's Tigray region. The prospect of the ancient nation breaking apart has alarmed both Ethiopians and observers who fear what would happen to the often turbulent Horn of Africa at large.

Abiy was awarded the peace prize just two years ago for sweeping political reforms and for making peace with neighboring Eritrea. His trajectory from winning the Nobel to heading toward battle has shocked many.

But a move to the front follows the tradition of Ethiopian leaders including Emperor Haile Selassie and Emperor Yohannes IV, who was killed in battle in 1889, said Christopher Clapham, a retired professor associated with the University of Cambridge.

"It strikes me as a very traditional Ethiopian exertion of leadership," Clapham said. "It might be necessary to rescue what looks like a very faltering Ethiopian military response."

The Tigray forces, who had long dominated the national government before Abiy came to power, appear to have the momentum. They've approached the capital of Addis Ababa in recent weeks with the aim of strengthening their negotiating position or simply forcing the prime minster to step down.

While unusual, a leader's move to the front has occurred elsewhere in Africa, but at times with deadly results: Chad's longtime president, Idriss Deby Itno, was killed while battling rebels in April, according to the military.

The prime minister this week said that "this is a time when leading a country with martyrdom is needed." The deputy prime minister is handling the government's day-to-day operations, spokesman Legesse Tulu said Wednesday.

"He may be seriously considering becoming a martyr," said the man who nominated Abiy for the Nobel, Awol Allo, a senior lecturer in law at Keele University in Britain.

Allo said the move fits with the prime minister's view of himself and his sense that he was destined to lead. But he also didn't rule out the possibility that Abiy may have simply left the capital for a safer location and was directing the war from there.

Meanwhile, Ethiopia has ordered four of six Irish diplomats working in Addis Ababa to leave the country because of Ireland's outspoken stance over the conflict in Ethiopia, Ireland's government said Wednesday.

The Department of Foreign Affairs said Ethiopia's government informed the Irish Embassy in the Ethiopian capital that the four must leave within a week. The Irish ambassador and one other diplomat were allowed to stay.

The department said Ethiopian authorities indicated the move was "due to the positions Ireland has articulated internationally, including at the U.N. Security Council, on the ongoing conflict and humanitarian crisis in Ethiopia."

Minister for Foreign Affairs Simon Coveney said he "deeply regretted" the decision, and noted that Ethiopia has been the largest recipient of Ireland's aid funds in the past five years.

Information for this article was contributed by Cara Anna and additional staff members of The Associated Press.