Products at Dollar Tree to be increased to $1.25 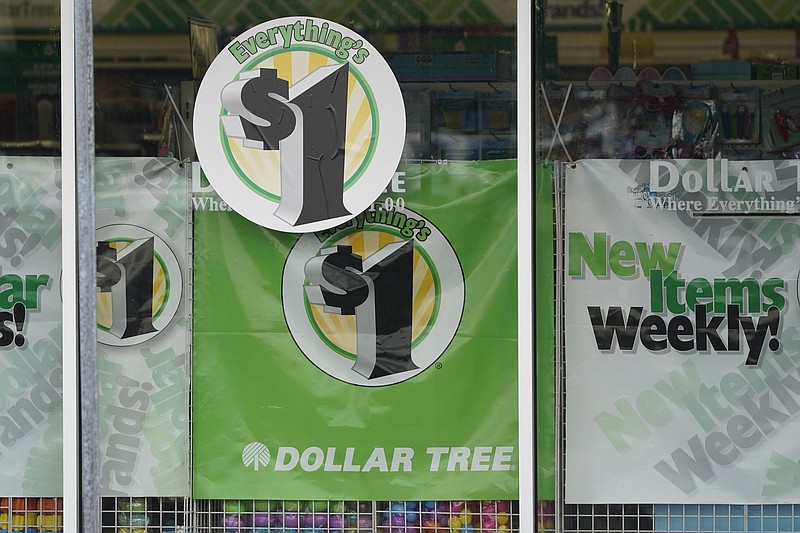 Dollar Tree store logos promoting a $1 price on everything in the store fill a storefront window in Jackson, Miss., in this file photo. Faced with the rising cost of goods and freight, discount retail chain Dollar Tree said Tuesday that it will be raising its prices to $1.25 for the majority of its products. (AP)

NEW YORK -- Faced with the rising cost of goods and freight, discount retail chain Dollar Tree said Tuesday it will be raising its prices to $1.25 for the majority of its products after a test run at a few stores.

Dollar Tree said the reason for raising its prices was not due to "short-term or transitory market conditions" and said the price increases were permanent. The higher prices will also allow the company to cope with high merchandise cost increases as well as higher operating costs, such as wages, it said.

The company said the change will also allow it to bring back some products that it was no longer able to offer at $1. It said that 91% of customers it had surveyed said they would continue to shop at Dollar Tree after the change.

"[Dollar Tree] believes this is the appropriate time to shift away from the constraints of the $1.00 price point in order to continue offering extreme value to customers," the company said in a statement.

Dollar Tree was one of the last true "dollar stores" after most of its competition had moved away from that price point.

The company, which is based in Chesapeake, Va., said in September it was testing the higher prices at select stores. On Tuesday, it said it will introduce the new price point in more than 2,000 additional Dollar Tree stores in December and complete the rollout to all its stores by early next year. The company has about 8,000 Dollar Tree stores in the U.S.

Its shoppers "believe that at $1.25, it's still going to be an undeniable value because of what they're seeing out in the marketplace," Witynski said on a call with industry analysts. "And they know that Dollar Tree hasn't raised its price in 35 years, so they're giving us credit."

Dollar stores have been struggling with a slowdown in sales and shrinking profits. Walmart and other retail giants have also said supply chain issues and labor costs have been adding to expenses but that the increased costs largely have been offset by sales growth.

Discount chains such as Dollar Tree and its biggest competitor, Dollar General, posted significantly higher sales and profits during the pandemic. They're also expanding rapidly, with plans to open another 1,650 locations this year; that's nearly half of all new national retail openings, according to Coresight Research.

But critics say the unfettered growth of such chains puts low-income communities at a disadvantage by driving out local grocery stores.

Dollar Tree said Tuesday that sales rose nearly 4% in the most recent quarter, to $6.42 billion. Profits, meanwhile, fell 34% to $216.8 million, a drop that executives attributed primarily to higher freight costs. Other expenses, such as wholesale prices and employee wages, have also gone up.

In the most recent quarter, Dollar Tree opened 125 new stores, or more than one a day.

"We experienced a strong finish to the quarter, as shoppers are increasingly focused on value in this inflationary environment," Witynski said.

Information for this article was contributed by staff members of The Associated Press, by Coral Murphy Marco of The New York Times and by Abha Bhattarai of The Washington Post.

Print Headline: Products at Dollar Tree to be increased to $1.25