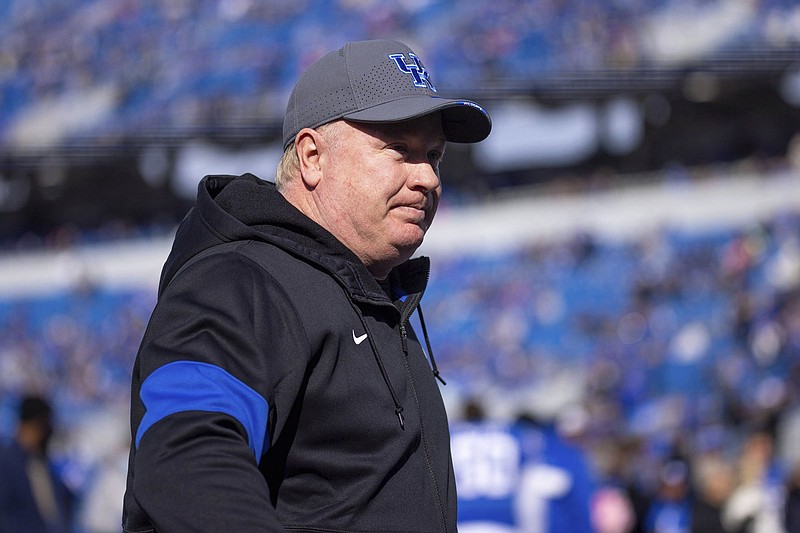 Coach Mark Stoops and the Kentucky Wildcats are seeking their third consecutive Governor’s Cup victory and fourth in five seasons over rival Louisville as the series resumes following a one-year pause. (AP/Michael Clubb)

Winning rivalry games comes with bragging rights and other rewards, but Alabama Coach Nick Saban knows what losing them brings.

"If you don't have success in this game, I don't care what else you accomplish in the season, there's always a 'but,' " Saban said. "And what comes after 'but' usually isn't good."

SEC teams have plenty at stake entering rivalry week, including No. 3 Alabama. Avoiding that eternal "but" addendum on a season is just one of them.

Yes, it's time for the the Iron Bowl, the Egg Bowl and the assorted other rivalry games involving SEC teams.

But for all the hype, No. 8 Mississippi Coach Lane Kiffin has a splash of reality for fans and media placing larger than life importance on rivalry games.

His Rebels can't suddenly "practice more or try harder" just because it's Mississippi State week. There's not even a full week of preparation ahead of tonight's Egg Bowl in Starkville.

"I know you want to hear that we're going to do some magic this week because we're playing Mississippi State but we've just got to prepare very well," Kiffin said.

But, to rip off the SEC's ubiquitous motto, it just means more. To the fans. To the players. To the coaches who want to hold onto their jobs.

Alabama visits Auburn in the Iron Bowl Saturday hoping to keep its playoff chances firmly intact -- and the alumni happy.

Kiffin and his Rebels would produce their first 10-win regular season if they can get past the Bulldogs.

Florida has bowl eligibility on the line against Florida State. So does LSU against Texas A&M. That says a lot about why both teams are seeking new coaches.

Vanderbilt is seeking to wrap up coach Clark Lea's first season by snapping a 20-game SEC losing streak when it faces Tennessee.

Missouri and Arkansas, like LSU-Texas A&M more a border rivalry than a traditional one, are each trying to secure .500 SEC records and improve their bowl destinations. Georgia-Georgia Tech is the biggest apparent mismatch, but the top-ranked Bulldogs don't want a slipup of any sort ahead of the SEC championship game against Alabama.

Here's a look at the traditional rivalries and what they mean for and to each SEC team:

• Alabama-Auburn: One of the most storied rivalries in college football, it can be a year-round obsession in this state without major pro sports. New Auburn Coach Bryan Harsin learned that quickly.

"The first question I was asked after I did my (introductory) press conference on Christmas Eve was about the Iron Bowl, which I think at that time was about 340 days away," Harsin said.

"So," he added, "that made it very clear how important this is."

• Florida-Florida State. The Gators are dealing with the aftermath of Coach Dan Mullen's firing. They've won the past two meetings by a combined 50 points, but Florida was ranked in the Top 15 and facing an unranked Seminoles team for both those games.

• Georgia-Georgia Tech: The Bulldogs have been so good, they might not have to win this one to make the playoffs if they beat Alabama in Atlanta. But it would be a gargantuan upset if they didn't since Georgia is a 35 1/2-point favorite, according to FanDuel Sportsbook.

The Bulldogs have won three in a row over their in-state rivals and nine of 11.

"When I got here, there's an ingrained, built-in belief that you had to beat your in-state rival," Georgia Coach Kirby Smart said. But the importance isn't something he has to hammer home with his players "because it loses its effectiveness if you use it all the time."

• Mississippi-Mississippi State: This one matches a pair of second-year head coaches -- Kiffin and Mike Leach -- and two much-improved teams. They have won a collective 17 games already.

Rebels running back Jerrion Ealy's message to his young teammates venturing into Starkville for the first time is beware the cowbells.

• Kentucky-Louisville: Kentucky is seeking its third consecutive Governor's Cup victory and fourth in five seasons over rival Louisville as the series resumes following a one-year pause.

A win also gives the Wildcats nine wins for the first time since that breakout 2018 season that ended with a Citrus Bowl win over Penn State.

Kentucky has won two in a row but enters as a slight underdog with Louisville. That adds intrigue as to who gets to hoist the massive 85-pound trophy comprised of marble, crystal and metal.

• South Carolina-Clemson: A seventh consecutive loss for the Gamecocks would match the longest such streak set from 1934-40.

Taking down the Tigers would enhance South Carolina's postseason destination along with end a run of futility in the series that's biggest sporting event in the Palmetto State each season.

• Tennessee-Vanderbilt. Vandy and Tennessee have met 114 times since 1892 in the Battle of I-40. It's been mostly dominated by the Volunteers, who have won two in a row, but Vandy has won five of the last nine.

First-year Commodores coach Clark Lea has more personal ties than many of the SEC coaches, who didn't grow up with a connection to their current school. He's a Vandy alum and Nashville native.

"This is about being a Nashvillian and being a Vanderbilt fan since I was a child," Lea said. "So this game has always meant more and been something that we celebrated, and obviously I grew up in black and gold and cheering on the Commodores. So when I got to play in the game, obviously it had again a heightened sense of meaning to me." 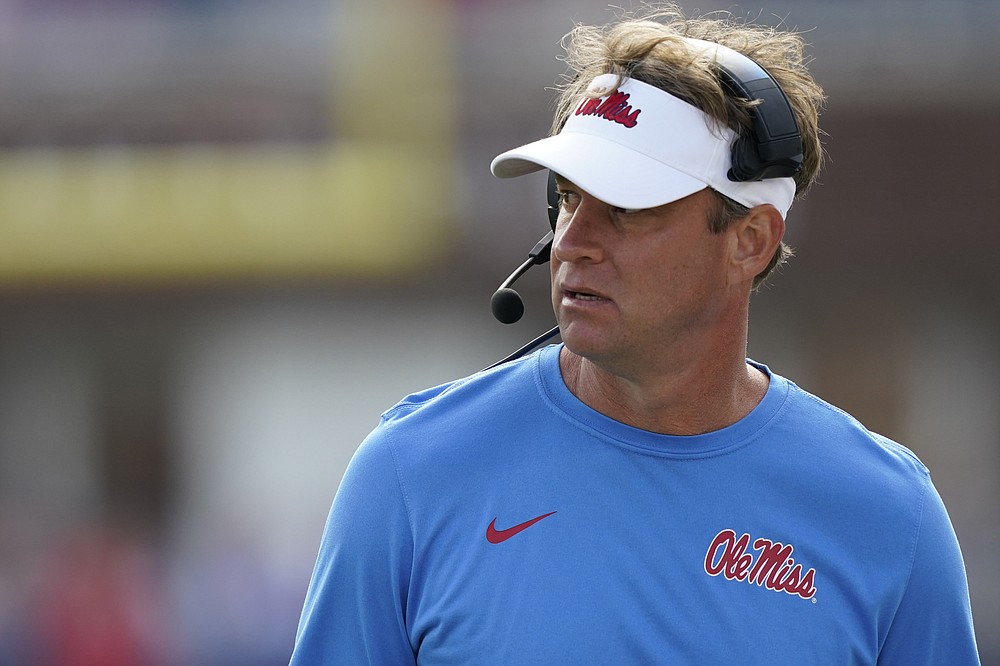