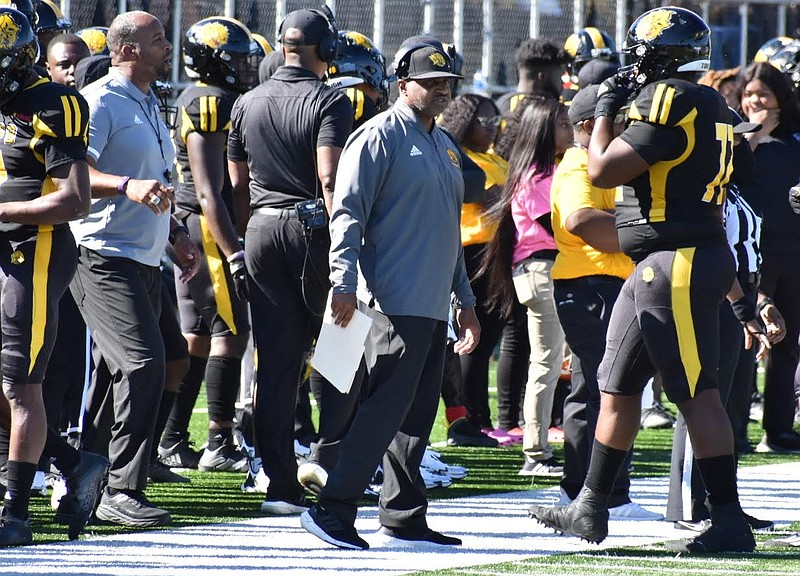 To set high expectations after coming within a touchdown of a conference championship was one thing, but to reach those was another thing the University of Arkansas at Pine Bluff football team did not achieve in the fall season.

Second-year Coach Doc Gamble blamed much of the team's woes – UAPB had lost seven straight in one stretch – on injuries, but he didn't exactly give a weekly injury report detailing which player dealt with what ailment. He rued that the injuries, especially on the defensive side of the ball, hindered his team's play from the start of the season, when multiple starters sat out a home win over Lane College.

UAPB built on a 6-5 record under Cedric Thomas from 2019 and won all four of its spring 2021 regular season games to get to the May 1 Southwestern Athletic Conference championship game, only to lose 40-33 to Alabama A&M University. Instead of the 16 months between those seasons, UAPB had 13 weeks to recuperate from the spring – which was a makeup of the lost 2020 season due to the coronavirus pandemic.

In Gamble's eyes, that wasn't nearly enough time to gear for an 11-game grind that ended Saturday with Alabama A&M's 52-24 win in Huntsville, Ala. UAPB finished the season 2-9 and 1-7 in the SWAC.

"We all have injuries this time of year," Gamble said. "You start looking at things and what were some of the things we could have done better. I go back to not having a year of weight training, or strength and conditioning. One thing I did look at, we played in the spring, and we really didn't get our guys back until a couple of weeks before training camp, so we didn't do any weightlifting over the summer as a team. A lot of guys did a lot of that stuff at home, but we didn't do that together with our strength and conditioning staff giving us a push. I really think that led to a lot of our injuries, when you look at shoulders and some thigh injuries as well. We had a multitude of injuries, and we had some things where we were not able to overcome."

After a win over Grambling State University that ended a seven-game slide, Gamble talked about playing with a makeshift defense that saw new faces in the secondary and linebackers play at defensive end.

Freshman Andre Fuller, whose 95-yard interception return sealed the win, did not play against Alabama A&M.

"The other thing I looked at, too, was: We were afraid in the spring that – and to this day, we thought with our starting guys, we can go play against anybody – but in the spring, if guys got hurt, we were worried," Gamble said. "What if this guy went down, who's the next guy up? That came into play this fall for us. Everybody who played in the fall for us was hurt at some point this fall for us. The positive part was we had some young ones we threw in the deep water, the big pool, to give them some experience."

Offensively, the Lions struggled to finish drives in the red zone at times, and receivers Tyrin Ralph and DeJuan Miller missed significant time due to injuries as well. Gamble said after a recent game fourth-year junior Skyler Perry played through most of the season with an unspecified injury, although Perry overcame a midseason slump to complete just over half of his passes (153 of 304 for 1,786 yards and 6 touchdowns against 9 interceptions).

As the Lions prepare for the early football signing period (Dec. 15-17), Gamble not only has to address the lack of depth at positions plagued by injury but also skill positions manned by seniors and graduate students, such as receiver Tyrin Ralph and running back Kierre Crossley. 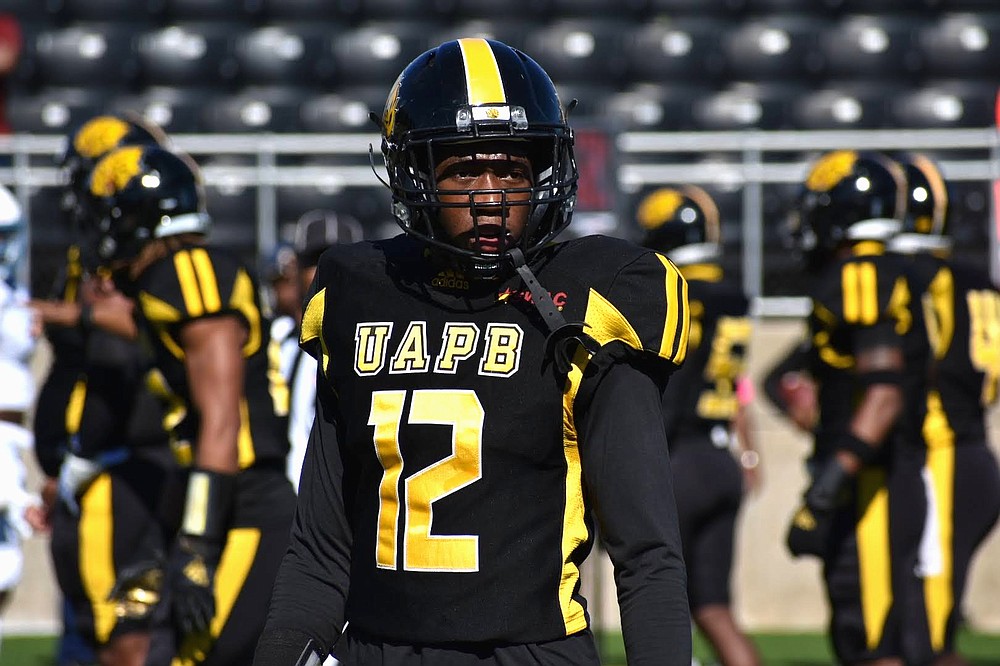